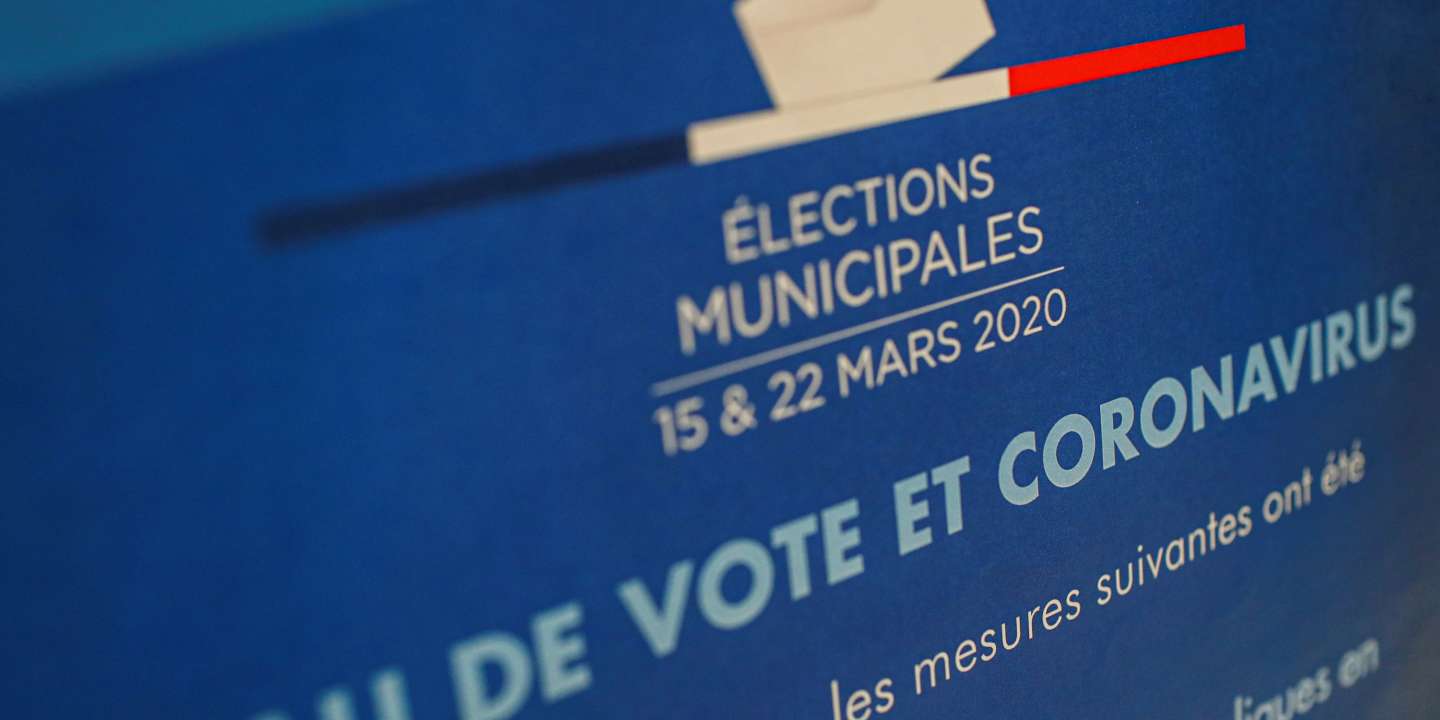 At the polls, despite everything? The first round of municipal elections is looming in some 35,000 French municipalities, Sunday, March 15, in a country that, like the rest of the world, is locking in even more to try to curb the coronavirus pandemic.

The presidents of six regions – Xavier Bertrand (Hauts de France), Carole Delga (Occitanie), Renaud Muselier (PACA), Gilles Simeoni (Corsica), Hervé Morin (Normandy) and Valérie Pécresse (Ile-de-France) – called a postponement of the poll, in the wake of the new containment measures announced, Saturday evening, by Edouard Philippe. In his speech, the Prime Minister confirmed that the poll will take place on Sunday ” as expected “, provided “Strictly observe the instructions for distancing and prioritizing the elderly and frail” and asked ” calm “ and “Civility” to the French. A decision that feeds more and more critics.

Total misunderstanding of the country: in view of the gravity of the decisions taken this evening, how to maintain the vote at the el … https://t.co/sC0tzViqHQ

Mr. Muselier, also president of the association of regions of France, wrote on Twitter:

“It was legitimate to maintain the democratic spirit of our Nation! But tonight, faced with the facts, it becomes reasonable, consistent and even necessary to postpone the #municipal ballot. It will have to stand once the epidemic is defeated collectively. “

The outgoing mayor of Montpellier (DVG) Philippe Saurel, the first vice-president of the Senate (LR) Philippe Dallier, the European deputy (PS / Place Publique) or even the deputy (LFI) Eric Coquerel have in turn made their doubts known or objections to the holding of the poll. “Our mandates are worth less than the health of our fellow citizens. The position is not tenable “, said the mayor (DVD) of Reims, Arnaud Robinet, close to Edouard Philippe, saying to wait “A government response in the evening”.

“Let’s not add to the health crisis and the economic crisis a democratic crisis”, implores the LR candidate in Lille Marc-Philippe Daubresse. For its part, the Socialist Party considered that the “Erratic management” of the coronavirus crisis “Creates the conditions for calling into question the democratic meeting to be held tomorrow”.

“Philippe’s latest announcements pose a risk to participation and therefore to the fairness of the ballot”, for his part lamented to Agence France-Presse (AFP) the national secretary of EELV, Julien Bayou.

Article reserved for our subscribers Read also Tale of a crazy municipal campaign disrupted by the coronavirus and 49.3

The Elysée holds its line

A group of public health specialists, emergency doctors, resuscitators, anesthetists or the head of an infection prevention center, as well as fifteen doctors, asked Emmanuel Macron to “Postpone the elections in a process of protecting the health and life of each of our fellow citizens”, in a forum published on the site Atlantico. “Failure to do so would further expose the French to this danger. We are indeed only at the beginning of this epidemic “, adds the collective.

But late Saturday evening, the Elysee Palace held its line by affirming, in accordance with what Emmanuel Macron announced on Thursday evening, that “The first ballot will take place tomorrow”:

“The President made his decision on Thursday after consulting all political leaders and after having been assured by the scientific committee that this poll could take place without risk for the French. Protecting the French and maintaining the unity of the country were the two principles that guided his action. “

From hour to hour, the health crisis is crushing a ballot with multiple challenges. Interior Minister Christophe Castaner, traveling on Saturday morning in the Yvelines, admitted ” to fear “ a declining participation. He also acknowledged that some municipalities had found it difficult to set up their polling stations.

“The mayor has power to order over municipal councilors”, recalled in passing the person whose ministry is responsible for organizing the poll. “In the event of a finding of a deficiency, the mayor can turn to the prefect who can force a certain number of people to hold the polling stations. “

Baptiste Fournier, campaign director of Cédric Villani, candidate for the Paris City Hall, informed, Saturday evening, of the withdrawal of many people mobilized at the polling stations for the holding of the poll. “After the instructions for social distancing expressed this evening by the Prime Minister, I take note of the resignations which, in coherence, are increasing among our assessors and presidents of polling stations. In liability, I cannot object “, he said on his Twitter account.

After the instructions for social distancing expressed this evening by the Prime Minister, I take note of the resignations … https://t.co/Mx0QNMmtbi

Precisely in the polling stations, everything has been prepared to welcome voters in the best possible conditions: door handles, tables, voting booths … everything must be cleaned before the vote and measures are taken to avoid queues and make respect the safety distances. The government, for its part, disseminates messages recommending to vote preferably with a ballot received by mail, to sign with your own pen – blue or black -, and to favor the busiest hours, between 9 a.m. and 11 a.m., and from 1 p.m. to 4 p.m.

Will this be enough to encourage the almost 47.7 million voters – including 330,000 nationals of other EU countries – to vote? Especially the older ones that Emmanuel Macron, the head of state, rightly encouraged Thursday to stay at their house? The health emergency raised concerns about a new abstention record, while the participation rate in municipal elections – 63.55% in the first round in 2014 – has already been decreasing for thirty years.

Election evenings scheduled for Sunday will be held in small groups to comply with the ban on assembling more than 100 people. After the vote on Sunday, candidates allowed to stay will have until 6 p.m. Tuesday to find allies or merge their lists for the second round. An appointment whose holding will still depend on the evolution of the coronavirus in the country.

The city of Marseille and the Aix-Marseille-Provence metropolis were victims of a computer attack “Massive and widespread”, but which should not have any consequence on the municipal elections. Some 300 machines have been rendered inoperative according to the National Information Systems Security Agency (Anssi), on the Aix-Marseille-Provence metropolis as well as in Martigues (Bouches-du-Rhône), reported on Saturday March 14 , to Agence-France-Presse (AFP) a source close to the investigation.

This will not affect the elections, but they are machines that were supposed to create the proxy checklists that will have to be done by hand, the source said.

“This attack rests on a “Ransomware” (ransomware), malware that blocks access to a computer or files by encrypting them, while demanding that the victim be paid a ransom ” indicates in a press release the metropolis Aix-Marseille-Provence. The investigation was assigned to the National Police’s Cybercrime Unit.

The World with AFP and Reuters

Coronavirus Flights: The United States Bans Travel From The United Kingdom: What Are The Latest Tips For Vacationing In America? | Travel news | Travel