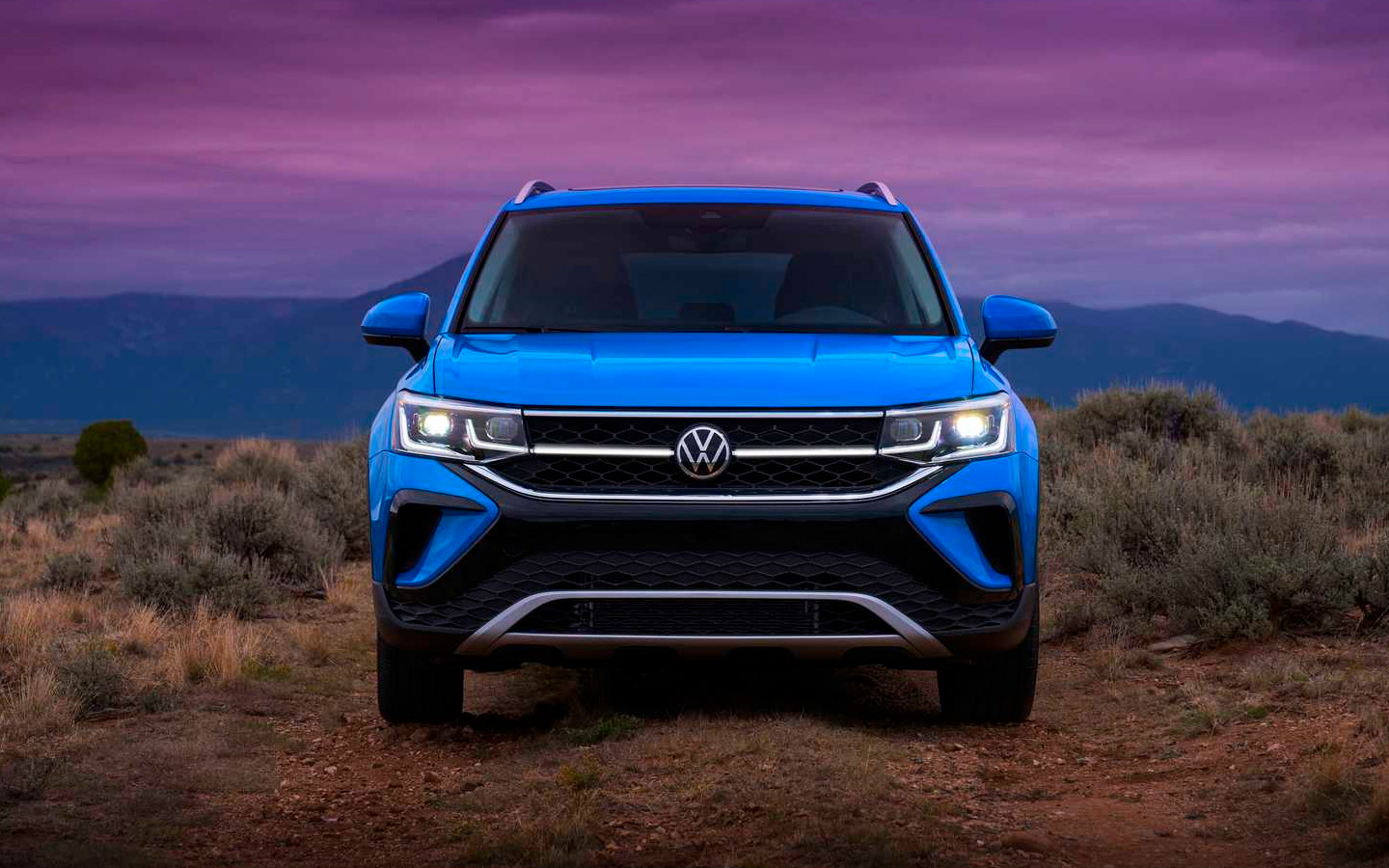 Volkswagen completely declassified new compact crossover Taos, which is located in the lineup of the German brand in front of the Tiguan model. The car was developed specifically for North America, but the company has already announced that it will bring the new product to Russia. Volkswagen Taos will be produced at a plant in Mexico. The prices for the car will be announced later.

The new compact crossover is built on the MQB platform with multi-link suspension. Taos length is 4465 millimeters. Thus, the crossover is larger than the Golf hatchback, but noticeably inferior to the Tiguan.

The design of the novelty resembles the Tharu SUV, which in the future will be sold on the Russian market. The car received angular wheel arches, a wide radiator grille, LED optics, and 17, 18 or 19 inch rims to choose from. Optionally, the car can be equipped with a panoramic roof.

The VW Taos is equipped with a digital dashboard, wireless charger for a smartphone, and a multimedia system MIB3 with a large touchscreen. Older versions are equipped with a BeatsAudio audio system with 8 speakers. The luggage compartment is 796 liters. With the rear seats folded down, this figure rises to 1,877 liters. Safety systems include blind spot monitoring, lane keeping and adaptive cruise control.

The novelty is equipped with a 1.5-liter TSI petrol engine. The power of the unit is 160 hp. and 249 Nm of torque. The crossover will be available with both front and all-wheel drive. In the first case, an eight-speed automatic transmission is provided, and a car with four drive wheels will receive a seven-speed robotic transmission with two clutches.

As for the prospects for the appearance of this model in our market, Volkswagen said that a more compact crossover than the best-selling Tiguan, “will fit into the current model range of the brand in Russia.” At the same time, under what name the car will be sold in the Russian Federation, and where it will be assembled, the company did not disclose.