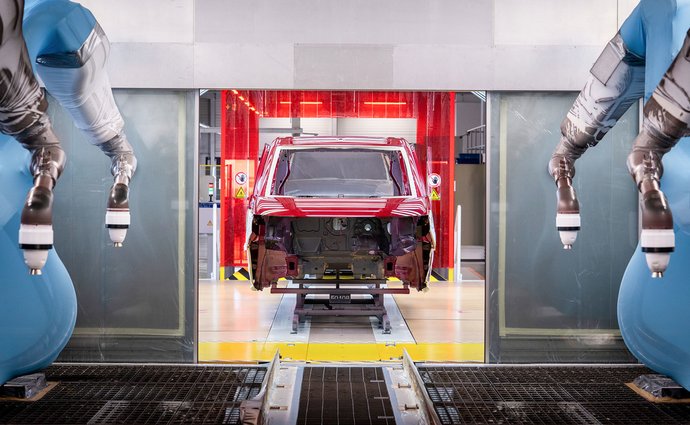 German carmaker Volkswagen is considering cutting up to 30,000 jobs to reduce costs and improve competitiveness at a time when it is threatened by new players such as US electric car manufacturer Tesla.

This was stated by the German newspaper Handelsblatt, which refers to the presentation of CEO Herbert Diesse to the Supervisory Board. However, according to the works council, such redundancies are unlikely.

Volkswagen employed around 665,000 people worldwide last year. The proposed number would thus represent more than four percent of the total.

“There is no doubt that we need to address the competitiveness of our Wolfsburg plant in terms of new entrants,” said Volkswagen spokesman Michael Manske. “We are now negotiating and a number of good ideas have emerged. There are no specific scenarios yet,” Manske added in a comment.

A spokesman for the staff council said he would not comment on speculation as to whether Diess had made the comment. However, he said the loss of 30,000 jobs was absurd and unfounded.

In addition to the primary stock offering of its battery division, Volkswagen is also considering a stock offering for the car and energy charging division, said Thomas Schmall, technical director, in today’s interview with Manager Magazin. However, he added that nothing had been decided yet and that it could take two years for the new companies to be established and actually ready to go public.

“We also have to think about the overall system,” Schmall added, referring to a Tesla complex called the one-stop-shop. It includes its own network of charging stations, solar systems for green electricity and car insurance. According to him, Tesla is also setting new standards for productivity and production. Tesla is now building a plant near Berlin. At maximum capacity, it is expected to produce 5,000 to 10,000 cars a week, more than double the total production of battery electric cars in Germany last year.

See also  The electric Jeep Wrangler is here. The concept will show in the Moab Desert

German carmakers have so far failed to catch up with more efficient production platforms for electric vehicle-only manufacturers. Tesla produces its Model 3 in ten hours, while Volkswagen takes a total of 30 hours to produce the ID.3, Reuters reported.

Electric cars have much fewer parts than cars with internal combustion engines. Thus, fewer employees are needed in their production. According to one estimate, 100,000 jobs in the automotive industry could be lost by 2025 as a result of electrification.

At the end of last year, Volkswagen had more than 665,000 employees worldwide. Germany accounted for more than 44 percent of the total. The entire group has 124 factories, of which 72 are in Europe, and the Czech Škoda Auto is a part of it.

Škoda Auto does not plan any redundancies yet. “Together with our social partner, the KOVO Trade Unions, we are working hard to manage the current difficulties as best we can. One thing is clear: our top priority is and will remain long-term job security and adequate compensation of our employees,” communication of the company Tomáš Kotera.

Volkswagen’s largest plant is in Wolfsburg. It has more than 50,000 employees, but currently does not manufacture electric cars. From 2026, however, an electric sedan is to be produced there.