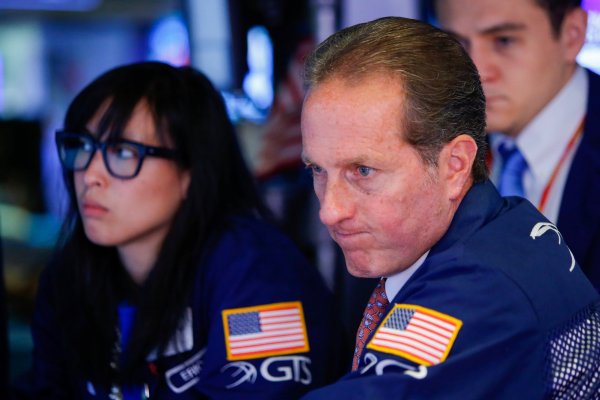 In the US, investors are expected to change their appetite for risk and take positions in stocks that can win against a scenario of higher rates and inflation.

Global markets are still trying to process the news that the Federal Reserve has advanced its rate hike program in the face of a scenario of higher inflation. Wall Street traded with mixed numbers: the Dow Jones fell 0.62%, the S&P 500 had its third close in negative figures with a decline of 0.04 and the exception was Nasdaq which rose 0.87%.

The good moment of the technology index is due to investors having focused on Tesla, Amazon, Facebook and Snowflake.

It should be remembered that yesterday the three main averages fell after the Fed’s economic projections, since the market interpreted them as more “aggressive” than expected, and officials pointed to two rate increases by the end of 2023.

Faced with an environment of higher rates and inflation, market agents suggest that there should be a eventual change in risk appetite on the part of investors to take advantage of the papers that take the most advantage of inflationary pressures.

The pressure on Treasuries affected the performance of stocks linked to the financial sector. Bank of America fell more than 4% and Morgan Stanley lost 3.5%.

Independent Advisor Alliance chief investment officer Chris Zaccarelli told Reuters that traders are “buying back Treasuries and tech stocks as the market continues to believe that despite yesterday’s Fed meeting, it still plans to keep interest rates near zero or extremely low for another 18-24 months. ”

Globally, the US dollar hit a two-month high.

The pressure on the non-metallic mining company comes after the presidential candidate of the Communist Party, Daniel Jadue, presented his government program in which he proposes to end the SQM contract in the Atacama salt flat.

Another role under pressure due to the drop in commodity prices is CAP, which fell 2.42%.

In the Old Continent they are surprised with the announcements and the tone of the Fed of the United States, since the European Central Bank indicated last week that it was too soon to change the monetary policies in spite of an increase in inflation.

CMC Markets UK chief market analyst Michael Hewson told Reuters that “while central banks may appear quite relaxed on the inflation outlook, they have yet to look much further, and if the economy improves as expected, monetary policy will have to change. “

Added that “The fact that the Fed is slowly paving the way now may be unsettling for markets, but it is also necessary, and in the here and now, monetary policy has not changed that much yet.”

In corporate events, the shares of German biotechnology CureVac fell more than 40% after it reported that trials to achieve a vaccine against Covid-19 were less than 50% effective in fighting the disease.

In Asia, the stock markets closed with mixed numbers. The Tokyo Nikkei fell 0.93%. In addition, Reuters reported that for the second week in a row, foreign investors sold Japanese stocks, influenced by concerns about higher inflation levels and the possibility of an anticipated reduction in monetary policies by the Fed. International investors sold US $ 149 million in Japanese securities.

While Hong Kong’s Hang Seng rose 0.43% and mainland China’s CSI 300 climbed 0.42%. In the Asian giant, the data on factory production were somewhat moderate, which alleviated fears of a tightening of policies in the second largest economy in the world.

Bug in Pokémon GO could be causing epilepsy problems among players

Catalyzed the birth of the new crown oral drug available at the end of the year, the US government invests 3 billion US dollars | Anue juheng-US stocks