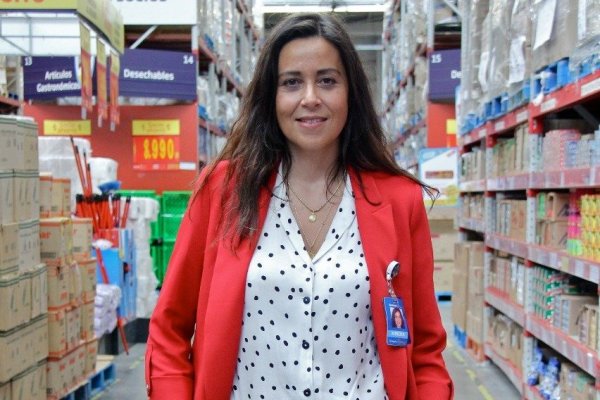 This is the lawyer Ximena Santibáñez, who joined the firm eight years ago, and since 2018 has led Central Mayorista.

Walmart Chile announced who will assume the position in the legal management of the company after the departure of the executive Carmen Román, who will now enter the board of directors of Embotelladora Andina.

The bet of the supermarket is for the lawyer of the Pontifical Catholic University, Ximena Santibáñez, who joined the company in 2013, with the challenge of creating and leading the Compliance, Anti-Corruption and Ethics area, a position in which he developed compliance programs in different matters.

While, In 2018 the executive marked a milestone in the retailer by becoming the first woman to lead one of the company’s business formats: Central Mayorista. “Under his leadership, Central Mayorista made a leap by incorporating omnichannel as part of its value proposition,” they said in a statement.

“It is very gratifying to be part of a company where people are valued for their merits and abilities. This has been a determining factor for my professional and personal growth. For this reason, I take on this new challenge confident of contributing with my experience to achieve the objectives that we have set for ourselves for the next few years, “said Santibáñez.

The company’s top executive, Gonzalo Gebara, added that his appointment is part of the company’s internal talent development plan. Currently, Walmart Chile has 45% female presence in leadership positions and 56% of the total team is made up of women.