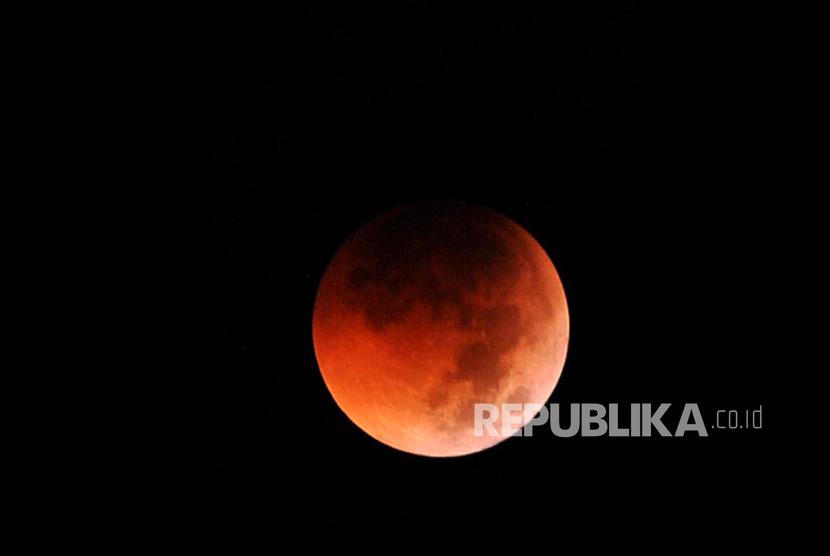 Scientists have found much ice formed in volcanoes near the moon’s pole.

REPUBLIKA.CO.ID, JAKARTA – We imagine the Moon as a dry, dusty, and rocky place. However, the moon has icy water, which is found in shady craters forever near its poles.

In May 2022, scientists at the University of Colorado Boulder (CU Boulder) announced that more ice had formed in volcanoes near lunar poles. This thick layer of ice could be used as a source of water by future astronauts.

On May 3, 2022, the researchers published the results peer review are in Planetary Science Journal.

Reported from EarthSky, Friday (3/6/2022), The Moon is a completely different world from Earth. Thousands of volcanoes erupted from its surface 2 to 4 billion years ago, creating rivers and lava lakes.

The dark side of the Moon, known as the Maria, is formed by the lava flow from this volcanic eruption. This eruption was great.

It turns out that lava is not just the product of lunar volcanoes. According to researchers, volcanoes on the Moon also emit large amounts of water vapor, which condenses on the lunar surface and creates ice.

Water from the Moon in the Temporary Atmosphere

Currently, the moon has almost no oxygen. But this ancient lunar volcano produced clouds of carbon monoxide and water vapor.

The clouds form a short atmosphere as they revolve around the moon. Water vapor can condense to the surface as frost under these conditions. Over time, the ice builds up, forming layers up to hundreds of feet deep.

Andrew Wilcoski, lead author of the new study in the Department of Astrophysics and Planetary Science CU Boulder (APS) and Laboratory for Atmospheric and Space Physics (LASP), said that “We imagine it as gel on the moon built over time.”

Another study from 2020 estimates that more than 6,000 square miles (15,000 square kilometers) of the lunar surface can still be covered in ice. Volcanoes can be one of the sources of water.

Is this a potential water supply for future astronauts?

According to researchers, the ice sheet holds a lot of water. According to scientists, the majority of ice water should still exist today. If so, future astronauts could use it to get some much-needed water.

They may have to dig a bit, because the ice is more likely to be buried under several feet of lunar regolith (dust and rocks).

Researchers believe that most of the ice on our moon comes from ancient volcanoes. If so, future lunar astronauts could benefit from ice as a source of drinking water.

The Bayern president turned on the red light. He warns Lewandowski. “I wouldn’t do that” football