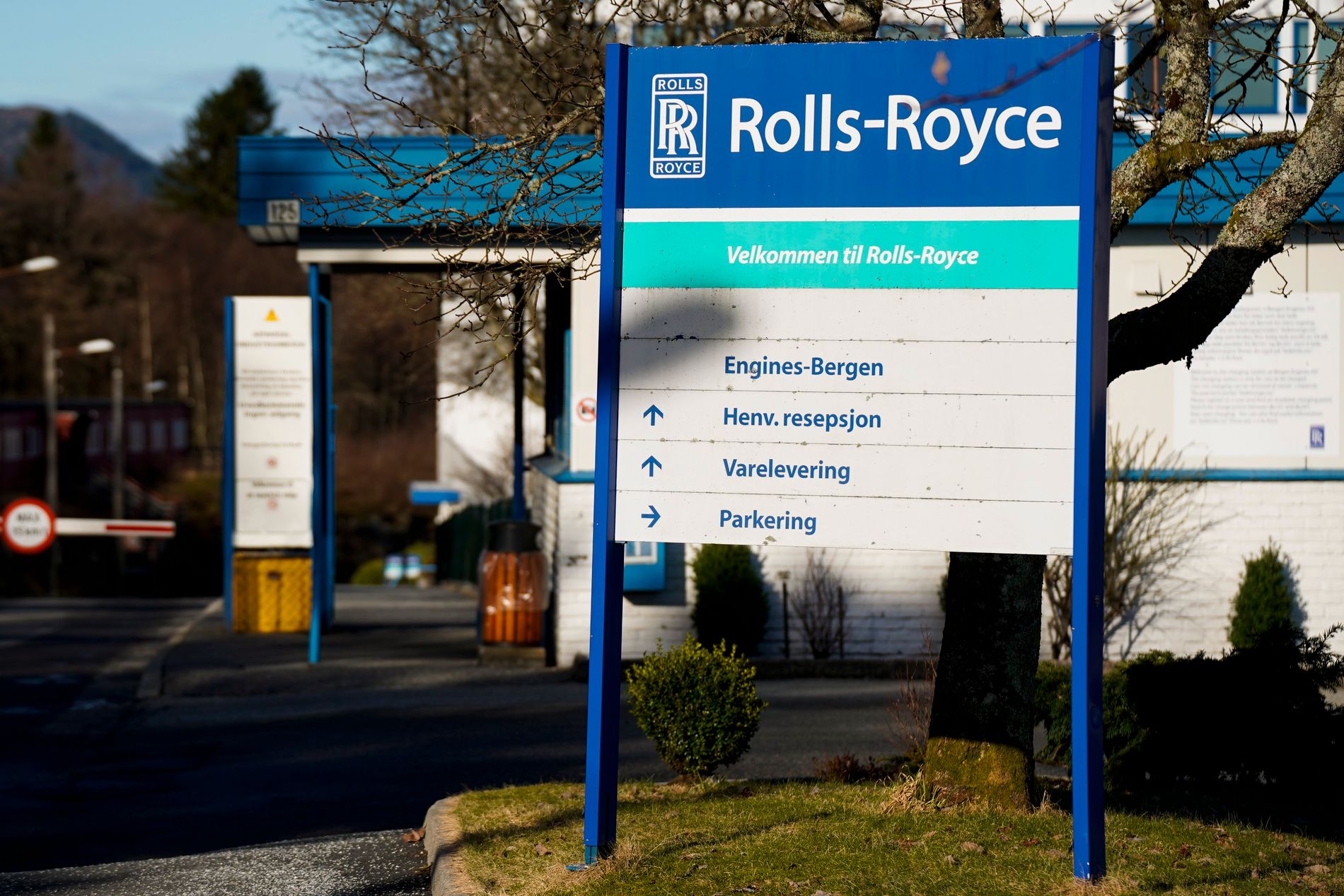 The sale of Bergen Engines to Russian interests has been stopped. Kongsberg Gruppen has been proposed as the new owner, but the company itself does not want that. They hope that an owner will come in who can ensure the survival of the Bergen company.

The government announced this week that it will stop selling Bergen Engines to Russian interests. The case has attracted a great deal of attention and has become a security-fueled affair.

At the same time, the trade union Nito, among others, has proposed that the Kongsberg Group can take over the Bergen company.

The state owns half of the large industrial group, which is large in both defense and maritime industry, as well as industrial digitization.

But an acquisition of Bergen Engines is not relevant for Kongsberg Gruppen:

– No, we do not think we are the right owner to take over Bergen Engines, says Egil Haugsdal, Executive Vice President of Kongsberg Gruppen and head of Kongsberg Maritime, to E24.

– But we are concerned about what happens next and we follow this closely. It is important that Bergen Engines has the right and good owners who can further develop the company, he continues.

Even though it is the British industrial group Rolls-Royce that owns Bergen Engines today, the Bergen company has close ties to the Kongsberg Group.

The Kongsberg Group operates both maintenance and sales of Bergen Engines engines for maritime use through its extensive global operations in Kongsberg Maritime.

– We look at Bergen Engines as a very competent company. They have good products and good technology that we see that others have opened their eyes to, says Haugsdal.

– So it is important for you that Bergen Engines lives on, even if you do not want to take over?

– Yes, we are talking about many jobs and a lot of Norwegian technology that has been developed over a long period of time. It is important to get the right owner, says Haugsdal.

Haugsdal says that neither he nor the Kongsberg Group will speculate in, or have an idea of, who can be a good owner for Bergen Engines going forward.

The government has not contacted the Kongsberg Group

The announced sale of the engine manufacturer Bergen Engines to the Russian-controlled TMH Group has created a security policy headache for the government.

When Rolls-Royce notified the Ministry of Foreign Affairs of the sale in December, both other ministries and Norwegian security services were notified of the sale.

First, the message from the Ministry of Trade and Industry was that the state would not interfere:

– We consider this as an agreement on sales between two commercial players, something the ministry should not or should not interfere in, said State Secretary Lars Andreas Lunde in early March.

BT / E24 wrote in February about how both the US Navy and other NATO countries use the engines from Bergen Engines in military vessels. The Norwegian surveillance ship Marjata also uses engines from the company.

The government’s handling of the case has received extensive criticism from, among others, the Labor Party, the Center Party and the Progress Party.

When Minister of Justice Monica Mæland presented the case in the Storting on Tuesday, she made it clear that the government will stop the sale on the basis of the Security Act.

On Wednesday, the Ministry of Trade and Industry said in a statement to E24 that it is “natural for Rolls-Royce to consider what they do next” as owner of Bergen Engines.

– The board of the Kongsberg Group is responsible for assessing and deciding to acquire a business. The ministry has not been in contact with Kongsberg Gruppen about whether the company should now consider a purchase of Bergen Engines, says communications consultant Martin Brekke Nygaard in the ministry to E24.

The government stops the sale of Bergen Engines

In 2018, the Kongsberg Group acquired Rolls-Royce Commercial Marine for just over NOK 5 billion, but did not include the division with propulsion systems, including Bergen Engines.

It was a conscious choice from the time they began negotiating with Rolls-Royce about the acquisition in 2018.

In addition to the fact that engine production is not considered part of the Kongsberg Group’s core business, Bergen Engines has also lost large sums in recent years (as described here and here).

When Kongsberg Gruppen took over Commercial Marine, they knew that they were undertaking a major turnaround operation. A major restructuring was initiated to reverse the negative results in Commercial Marine, including the closure of two Rolls-Royce plants in Poland and Vietnam.

An acquisition of Bergen Engines on top of this would put another burden on Kongsberg’s shoulders, in addition to the fact that the group would then enter into engine production, which several of Kongsberg Gruppen’s important customers are already engaged in.

Haugsdal does not want to comment on the figures and prospects for Bergen Engines, but says the following that Bergen Engines did not join the acquisition:

– We have considered this. Bergen Engines is a large mechanical company with a different competence than what we primarily focus on, says Haugsdal.

– But it is the case that we sell the engines in the maritime market and have service on them. It is an agreement that we entered into with Rolls-Royce in connection with the acquisition of Commercial Marine, and which we intend to continue, he continues.

– We do not know the land market, so considering both that, the technology and what kind of company this is, we believe that others could be a better owner than us, Haugsdal says.

The Storting is not satisfied with the Bergen Engines answers: – A scandal must have consequences

May be important for ammonia and hydrogen ships

Although Bergen Engines is a small player compared to other players in the global maritime motor industry such as MAN and Wärtsilä, it is an important player, especially in the Norwegian maritime cluster, Haugsdal points out.

– There is a great focus on the green shift in the maritime industry and Bergen Engines can be a key in that context. The big changes will take place in the fuel and engines used in global shipping, says Haugsdal.

– Bergen Engines is far ahead, including in LNG engines (which run on liquefied natural gas, journ.anm.). If you disregard batteries that have their limitations today, then LNG is the purest technology for ship engines you have, he continues.

Haugsdal points out that the use of ammonia and hydrogen as fuel is the next thing that is now being worked on in the industry to achieve even more climate-friendly shipping.

– We believe Bergen Engines can be an important player in that field as well, he says.