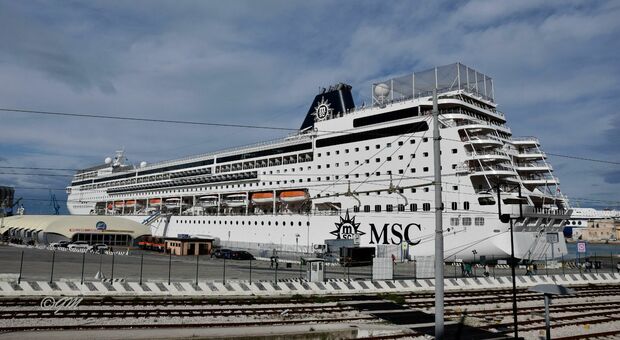 ANCONA – Three docks to accommodate super ships and save the cruise season. This was announced by the Port Authority, after the case raised by the Corriere Adriatico regarding the decision of MSC Cruises to renounce the episodes in the Doric airport for the summer of 2021, which will cause colossal damage to its image and very heavy economic repercussions for the city and the region.

The port has the new president, an African in place of Giampieri. Agreement between the Government, Marche and Abruzzo. Who is the incoming engineer

After the article published by us, yesterday the Authority announced that “the port of Ancona is ready to welcome the ships of MSC Cruises for the new 2021 season”, underlining “the constant commitment of the Port Authority, the Port Authority of porto and the shipping company MSC which made it possible to overcome the criticality ». The note mentions “a telephone call on Thursday evening between the top management of the port and the Company that unblocked the situation, allowing the planning of berths in the Doric port for the coming months, albeit in exceptional conditions”.

It is the hope of everyone, of travel agencies in the first place, but also of those who see cruises as an opportunity that is not only an economic one, but also an opportunity for the promotion of the territory around the world. Except that MSC has not yet confirmed the turnaround. Yesterday the Company, contacted by us, did not provide additional elements with respect to the shock news given by its main shipping agent, Stefania Vago: “For Covid we had to opt for larger ships that will not be able to dock in Ancona until they arrive. carried out the works in port ». The reference is to the construction of the external quay of the Molo Clementino: a work of 22 million still frozen by the bureaucratic process, with the case stranded to the Ministry.

But the Authority is sure to save the season. “The schedule of the calls is being defined on the basis of the MSC program which considers Ancona an important step in its overall strategy”, they explain from the port. «After the worldwide stop to cruise ships, we are now ready to see the first signs of rebirth for cruise traffic – announces Rodolfo Giampieri, who is about to leave the post of president of the Port Authority to Massimo Africano -. A first result achieved with perseverance and vision and created by a very strong collaboration ».

Yeah, but how to insure cruises “We have identified the concrete possibility of using docks 19, 20 and 21, behind which the recently demolished silos insisted, even for ships up to 300 meters in length under certain conditions – explains Admiral Enrico Moretti, commander of the port – . That this is feasible in maximum safety is demonstrated by the mooring that took place at those docks in 2020 by the Costa Magica ship, whose longitudinal dimension (272 meters) only involved part of the total available length, equal to 420 meters. As Captaincy we are working to identify all the port security procedures resulting from the possible docking of that type of carrier ». The fact remains that today the first MSC cruise departing from Ancona is scheduled for April 2022.