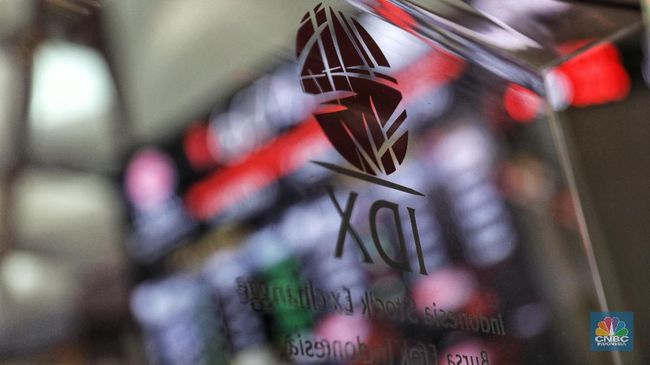 Jakarta, CNBC Indonesia – In the midst of the Composite Stock Price Index (CSPI) which finally closed in a horizontal position (flat), there were 10 stocks touching the lower auto rejection limit (ARB) of 7% in trading today, Thursday (7/10/2021).

Half of the ten shares include coal mining shares.

According to data from the Indonesia Stock Exchange (IDX), 220 stocks rose, 289 stocks weakened and 150 stocks remained stagnant, with a transaction value of Rp 17.43 trillion and a trading volume of 23.30 billion shares.

Foreign investors from the stock market entered the Indonesian stock exchange with a record foreign net purchase of Rp 2.04 trillion in the regular market. Meanwhile, foreigners recorded a net sale in the negotiating market and cash market of Rp 619.11 billion.

The following is a list of the top 10 losers stocks that touched the ARB limit today (7/10).

According to the data above, there were 5 coal stocks that collapsed to ARB, namely ADRO, INDY, ITMG, and BUMI.

Then, there is one palm oil issuer, the Rajawali Group and Malaysian BUMN Felda BWPT, the Lippo Group duo MPPA and MLPL, one KOTA property issuer, and the rest are oil and gas issuers belonging to the Panigoro MEDC family.

The weakening of coal stocks occurred in line with profit-taking after these stocks recently experienced an upward trend in the midst of a surge in coal commodity prices which had penetrated US$ 280/ton.

Yesterday, the price of coal on the ICE Newcastle (Australia) market was recorded at US$ 236/ton. 15.71% sinking compared to the previous day.

Naturally, coal prices have gone up for 10 consecutive days. During those 10 days, the increase reached 57.04%.

Although today fell, but the last week the price of coal still recorded a 37.95% increase on a point-to-point basis. Over the past month, the increase has reached 32.32%.

Since the end of 2020 (year-to-date), the price of this commodity has skyrocketed by 188.68%. It seems that no other commodity has experienced a price increase as sharp as coal.

BWPT shares were also hit by 6.93% ARB, after rising in the last 2 days. Like coal stocks, palm oil issuers are also bustling down today in line with profit-taking after the surge in the last few days.

Then, MPPA shares slumped to ARB 6.94% to Rp 805/share. With this, MPPA shares have fallen for 5 consecutive days, with 3 of them touching the ARB.

For three dollars, MLPL’s shares also penetrated the ARB 6.67% to Rp 448/share. MLPL shares have been immersed in the red zone for 5 consecutive days, 3 of which have fallen by more than 6%.

The weakening occurred in the middle PT Application Karya Anak Bangsa aka Gojek officially holds 6.74% of MPPA’s shares after buying it from MLPL on 4 October.

“Local ownership status, the amount before the transaction is zero, the number after the transaction is 507,142,900 shares,” said MPPA Corporate Secretary Danny Kojongian, in an information disclosure on the IDX, Thursday (7/10/2021).

This transaction is in line with MLPL’s information disclosure on Wednesday night (6/10).

In the disclosure of information, MLPL released part of its share ownership in the retail company managing Hypermart worth Rp 355 billion.

MLPL’s Corporate Secretary, Natalie Lie said that the number of shares sold was 507,142,900 shares with a selling price of Rp 700 per share, so the transaction value reached Rp 355 billion.