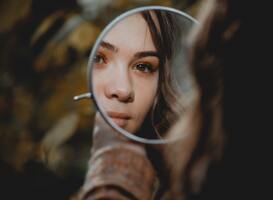 BDD is a disorder of perception in the body. People with BDD have an extreme focus on a particular body part. They think they are ugly and are very concerned about it. Outsiders find these concerns exaggerated or do not understand what people with BDD are concerned about.

In most cases, it’s on the face. So many people with BDD hate their nose, ears, eyes, or hair, but it can actually be any part of the body. Skin, hair, nose, weight and abdomen are the five most common insecurities.

The diagnosis is not yet well known in the Netherlands. Therefore it is not possible to say with certainty how many people suffer from this disease and what percentage belongs to this part.

These statistics show that this is a serious disease and not just uncertainty. Nearly 80 percent of people with BDD sometimes have suicidal thoughts, and 20 percent even try it.

Body dysmorphic disorders can be caused by bullying, parenting, trauma or (sexual) abuse. Social media can increase complaints. Making a diagnosis is difficult in practice. There is no checklist on the basis of this diagnosis. It is a combination of several factors.

BDD is treated with therapy and medication, often antidepressants. Group therapy is also offered. Complaints can be reduced by cognitive behavioral therapy and avoidance of avoidance.