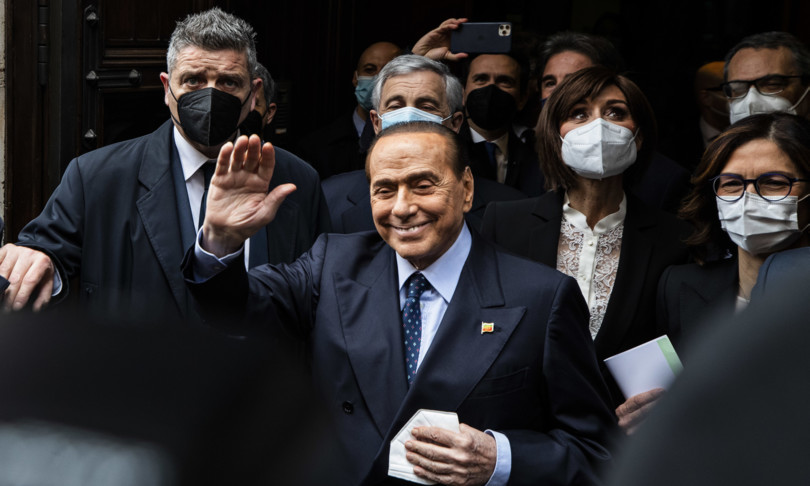 AGI – The news of Berlusconi’s renunciation of the race for the Quirinale and the questions about Mario Draghi’s move from Palazzo Chigi to the presidency of the Republic find ample space in the main international media. “Silvio Berlusconi has always sold himself as a winner but this time, at 85 and desperate to end his days in the highest Italian institution, he had no choice but to accept defeat,” writes ‘El Pais’.

For the Iberian newspaper, “his step to the side and, above all, his explicit refusal to support Mario Draghi, the main candidate so far, opens up a new scenario in the very complicated battle to elect the tenant of the Quirinale palace for the next seven years” .

“Silvio Berlusconi remains a very divisive figure in Italy and the center-left had already ruled out supporting him”, observes Le Monde, “the appointment of the current Prime Minister Mario Draghi is now seen as Parliament’s most likely choice, but it is not yet certain that the wide range of parties supporting his coalition will support him, to prevent his departure from triggering early elections “.

“Few believed that Berlusconi, known for holding sex-based parties when he was in office, could ascend to the venerable status of Italian president, an influential, albeit largely ceremonial role,” stresses ‘Politico’, “his insistence in running, forcing his allies to support him, he blocked negotiations on an alternative candidate who could secure cross-party support. ” “Even Prime Minister Mario Draghi, the most qualified candidate, saw his path hampered by Berlusconi’s campaign”, continues the online newspaper.

The Associated Press underlines, for its part, how “despite Berlusconi’s claim to have secured the necessary votes, the leader of the League, Salvini, had recently appeared unconvinced that the media magnate had a foot in the Quirianale”. “Silvio Berlusconi has given up on his last great political dream”, writes the German broadcaster Zdf, recalling that “if the former head of the ECB takes over the presidency, there is a risk of new parliamentary elections and a temporary suspension of the reforms“.

“Berlusconi’s decision comes in extremis two days after the start of the votes in Parliament and at the end of a week as a total protagonist in which, telephone in hand, he tried to garner the support of deputies and senators, albeit without success”, is the reconstruction of Efe, “in any case, the step backwards of the multimillionaire will surely unlock the negotiations between right and left”.

Now what blocks Draghi’s road to the Quirinale, explains the Spanish press agency, is the need to “find a replacement as Prime Minister and it is not clear whether the parties will be able to find an ‘impartial’ figure to continue the business. of the government “. “The reality”, continues Efe, “is that nobody wants early elections, as the Parliament of the next term will see its seats reduced by a third and many of the current MPs will be left without a seat”.

“Half of Italy breathed a sigh of relief”, according to ‘La Nacion’. “The divisive presence of Berlusconi as a candidate represented a huge stumbling block for the frenetic underground negotiations underway between the various political forces, in search of an institutional candidate up to the occasion, super partes, of prestige, who can obtain general consensus” , writes the Argentine newspaper again.

Berlusconi’s resignation, reads the ‘Guardian’, “has removed an obstacle to negotiations on a candidate on which party leaders can all agree but no obvious candidate has emerged”. The British newspaper cites Pier Ferdinando Casini, Marta Cartabia and Giuliano Amato among the possible contenders and recalls how part of the 5 Star Movement is pushing for Mattarella to stay at the Quirinale for another year.

“Berlusconi’s run was unlikely, due to the difficulties in garnering the broad support needed”, Al Jazeera underlines, “Berlusconi is a highly divisive figure in Italy and the center-left had already ruled out supporting him”. Foreign Policy speaks of a Knight “risen from his own ashes” and “reinvented himself as an unlikely moderating force.

“Silvio Berlusconi seems to have awakened from his impossible dream of being the next Italian president“, observes the US geopolitics magazine,” although his move appeared fanciful, his misplaced hopes stem from his very concrete political rehabilitation, which took a long time. ”

After having renounced the presidency, the article continues, the former prime minister “is trying to make himself relevant in the complex negotiations that will elect the next head of state”. “If he is successful, he will be able to shift the political balance of the country”, concludes Foreign Policy, “for decades, the head of state has been selected by center-left figures: if Parliament ends up electing a figure who has the blessing of Berlusconi, it would be a victory, in a sense, for the once disgraced leader. Berlusconi could once again return to the center of the Italian political scene. “