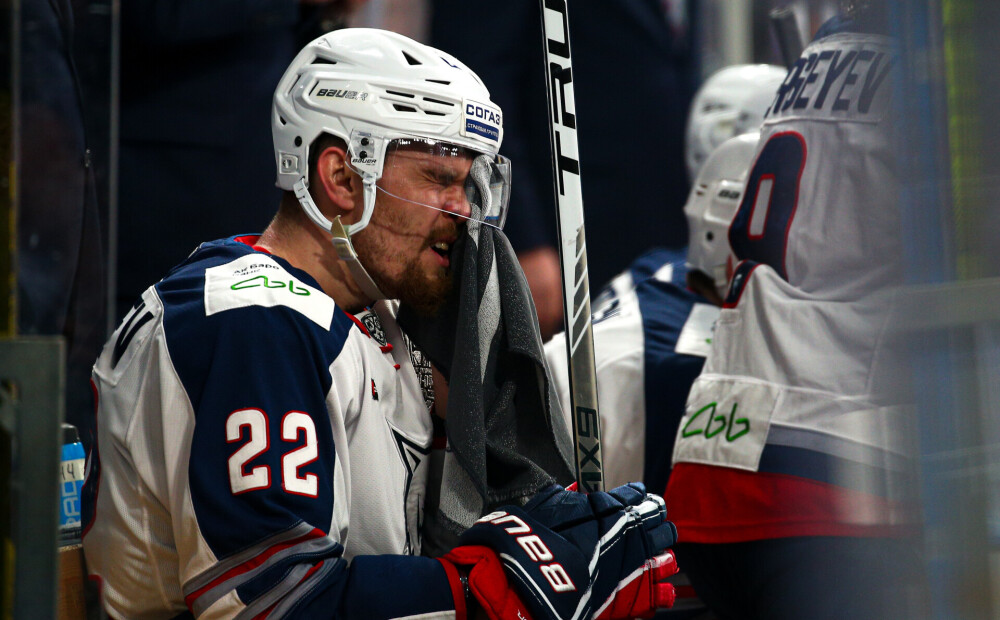 According to KHL’s initial statement, after seven positive Covid-19 express tests, the KHL game scheduled for Friday in Riga’s Dinamo has been postponed to the Neftehimik team in Nizhny Novgorod.

As Jauns.lv found out at the Center for Disease Prevention and Control (SPKC), the information provided by the league turned out to be inaccurate, which is also reflected in the Covid-19 statistics for yesterday published today by the SPKC.

According to the latest data from the SPKC, 2445 Covid-19 tests have been performed in the last 24 hours and 11 new cases have been registered.

The SPC also supplemented the information by adding that six patients had come from abroad (France, Norway, Russia) and that there were four – instead of seven – as mentioned above – Nizhnekamsk “Neftehimik” players.

Jauns.lv initially contacted SPKC to find out whether the mentioned seven cases turned out to be an error and found out that the data published by KHL were inaccurate.

As Jānis Stepītis, a representative of the Riga Dinamo Press Service, explained, the previous tests for seven representatives were positive and this information was also published by KHL.

“In addition, it should be noted that standard tests were performed, not express tests, as stated in the information provided by KHL,” Stepītis clarified.

In the end, after repeated tests, the team found four cases of Covid-19 instead of seven, which also coincides with the information published by the SPKC.

Hockey players must live with regular tests and residence restrictions

As explained by the representative of Riga “Dinamo”, tests for athletes are performed in a special room, immediately after arrival. Both the team doctors and the representatives of the laboratory designated for this work participate in the process.

To minimize the risk of Covid-19 infection, players are housed on separate floors of the hotel during their stay. Athletes are also fed in special dining rooms, where only the team stays.

Jauns.lv has already reported that both teams had to start the match at “Arena Riga” on Friday at 7.30 pm, but KHL reported that it has been postponed indefinitely.

After receiving information about several positive Covid-19 tests in the “Neftehimik” team, the Finnish government has imposed a 14-day quarantine for the Helsinki “Jokerit” team, in which Latvian hockey goalkeeper Jānis Kalniņš also plays. The team will not be allowed to participate in the next four KHL matches.

Due to several positive Covid-19 tests, the Riga “Dinamo” game scheduled for today is postponed

The Nizhny Novgorod team will travel to St. Petersburg, where it will be subjected to further Covid-19 tests and an antibody test.

KHL reports that additional tests will allow to obtain more accurate results and decide on the team’s next field series.

Neftehimik launched a series of outings in Helsinki on Wednesday, which was to continue in Riga and St. Petersburg.

“Neftehimik” does not play in the optimal composition at the beginning of the season, because several cases of Covid-19 infection have been detected in it before.

Weather moderator Ramona Salmiņa about a constant smile, getting up at four in the morning and volunteering

Jennifer Rumpane is acquitted and can return home