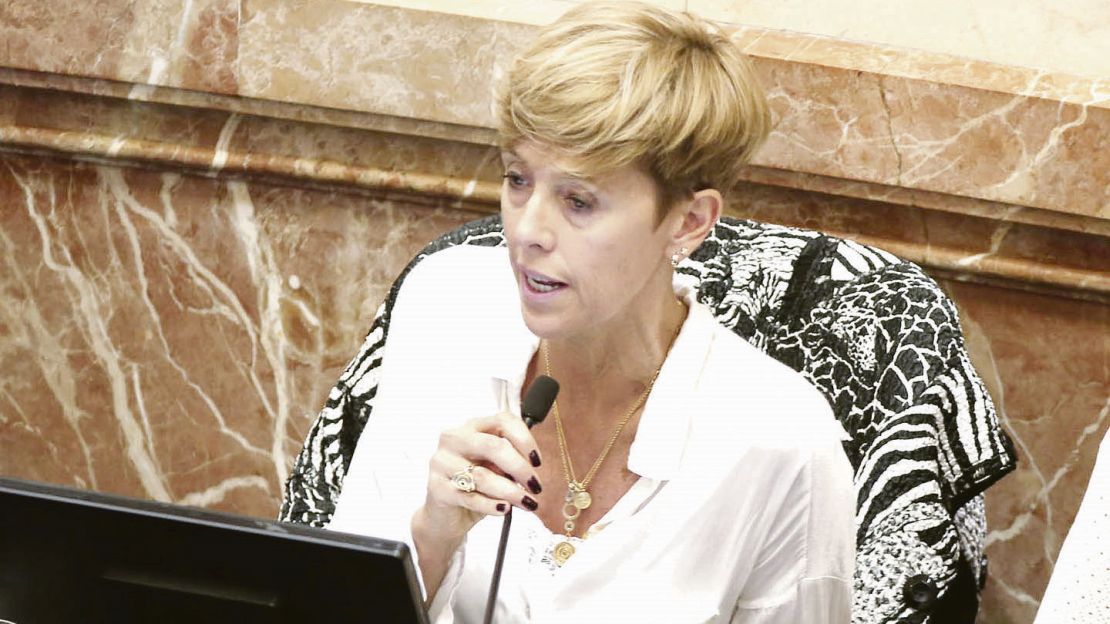 From 2018 to 2020, some of the senators who had voted against reconsidered their vote and accompanied the bill that legalizes the abortion until week 14 inclusive.

One of the senators who went from blue to green is the woman from Rio Negro, Silvina Garcia Larraburu, who went from voting against, to favor. The ruling party legislator argued for her change by stating that “no one can stop the advance of history.” “We are going through a paradigm shift and this change is led by feminist struggles. I understood that nothing can stop the advance of history and the legalization of voluntary interruption of pregnancy is the demand of the new generations,” he said.

“As a political leader I have to get involved with paradigm shifts because we are legislating for the future,” she added and insisted: “Two years ago I was in this room holding a different position than today. I am proud to say that today women in Argentina are state politics. My vote is for a free woman, my vote is a deconstructed vote. It is an affirmative vote. “

For her part, the Neuquén senator Lucila Crexell, who abstained in the 2018 vote, also added his vote this time to approve the initiative. “I did not change my personal beliefs, nor my way of thinking what I believe about abortion. I changed the way I approach the situation: it is not about feminism or religion, it is a silent cause that kills “, described.

What has changed since 2018? Nothing has changed since then. Women continued to abort in conditions of solitude and hiding. The debate cannot remain abstract. It must be given on concrete facts, while women put their health and often their lives at risk. I am going to accompany this bill ”, he declared.

Meanwhile, the senator from Salta, Sergio “The Bear” Leavy, He also changed his vote to positive – in 2018, he had rejected the project as a deputy – after meeting with President Alberto Fernández. “Abortion exists. I realized that this is not about me, or my beliefs, or my training. The 1,000-day law made me change my mind, an anti-abortion law from all sides, ”he explained.

“Today we have to put white on black, if we are going to give those women – who have already decided that they are going to do it – a health system or we are going to let them do it in a bathroom, with a friend or with tools that do not correspond, “he concluded.

The last surprise of the day was the abstention of the Jujuy from the Frente de Todos, William Snopek, who also in 2018 had voted negative.

can you be “positive” with a negative test? (Fact-checking) – Ouestaf, reliable and independent information on issues that cross Africa.

2020: a golden year for billionaires