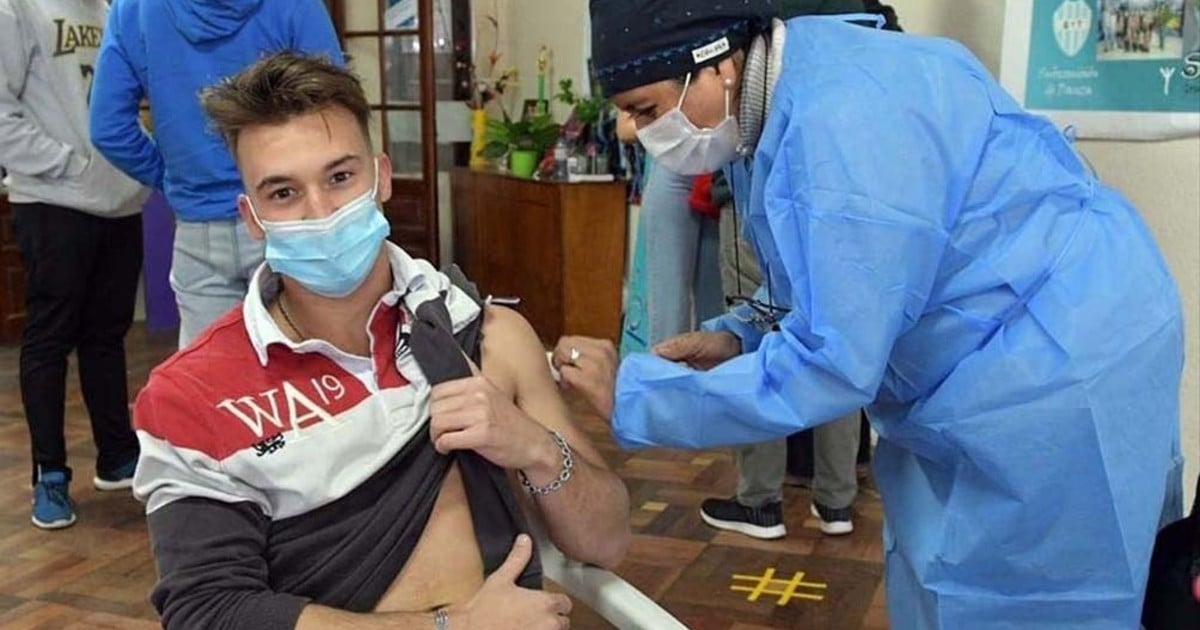 The challenges of the Argentine vaccination plan against Covid-19 facing the next peak of the Delta variant and the elections of November 14 are two: complete the second doses of those over 18 years of age and advance with the immunization of the adolescents without comorbidities.

In the first path are all the provinces, trying to reduce the gap between first and second doses applied, with the vaccines available. The difference -or the novelty- began to be implemented by those districts that decided vaccinate 17-year-olds now.

In the City, this population, still of school age, must continue to wait for the moment of the longed-for puncture. In the province they have already sent 125 thousand shifts. These are the Pfizer doses, approved for use in people 12 to 17 years of age.

Other provinces Those who also urgently aim at that target are – as announced in the last hours – Córdoba, Santa Fe, San Juan, Neuquén, Salta, Santiago del Estero and Río Negro.

Córdoba and Santa Fe get a batch of Pfizer vaccines similar to the one received by the City. However, there are divergence of criteria when deciding who to apply those -for now- scarce doses.

A vaccinated teenager in Salta.

The Federal Health Council (Cofesa) has recommended in its last meeting that Pfizer vaccines now be destined In its whole to the vaccination of adolescents. In the previous meeting, however, the opportunity had been given to choose according to the needs of each district.

The priority in the City, the health authorities assure, continues to be for the moment cover second doses in adults of other vaccines in short supply. In this case, these are those who received AstraZeneca, have the term expired and must complete their scheme.

Another Buenos Aires argument is that the portion of Pfizer vaccines that have arrived is a marginal figure in absolute terms, and that opening the “adolescent stage” now would provoke more expectations than the available stock could satisfy.

According to this argument, we would have to wait until the lots distributed by Nación are more mighty, and at the same time there is no deficit of second doses in adults with other brands, by then, the syringes should be aimed at those under 18 years of age.

Based on official data, there are 360 ​​thousand porteños who are between 10 and 19 years old. If the distribution per year were equitable, they would be 36 thousand those who today have 17. For vaccination purposes, minors with comorbidities already immunized should be discounted.

An adolescent with comorbidities vaccinated in August in the City. Photo: Macarena Bultri

That is to say that with what has been received so far they could not even complete the first dose of that age group, although yes at least to start, as they have decided in other provinces. They are complex public health definitions, not without uncertainty: when will there be more doses of AstraZeneca or Sputnik 2 available?

The province of Buenos Aires today has a greater total stock of vaccines than the City, which is reflected in the Public Vaccination Monitor. Governor Axel Kicillof today has 1.7 million unapplied and the head of the City, Horacio Rodríguez Larreta, is up to date.

That Buenos Aires availability would not be, in any case, the explanation that they now summon adolescents to get vaccinated. From the Ministry of Health of the Province they told Clarion that “it was a decision” district sanitary. That is to say, it is not that they have resolved the second doses of all the majors.

Yes, instead, they seem to have enough stock to satisfy those over 60, given that they have just enabled free vaccination for all those who still do not have the second dose of AstraZeneca, Sputnik V or Sinopharm after the expiration date.

On the other hand, it is not the first time that Buenos Aires decisions, depending on the availability of doses, they differ than other districts adopt. Historically, Rodríguez Larreta has chosen “end up” to immunize one group to start another.

Ministers Kreplak and Quirós at a meeting at Casa Rosada in August. Photo: Presidency

Last March, a controversy had been generated, regarding this issue, due to the vaccination of teachers with the doses of Sinopharm. While the Province advanced and the Nation pressured the City to do the same, Buenos Aires officials argued that they still had health personnel without immunization and that prevented them from going to the next phase.

From now on the expectation will be placed on the arrival of new batches from Pfizer. So far they have landed in Ezeiza little more than 260 thousand doses and, as planned, before the end of the month they should arrive 580 thousand more. In October, November and December the balance of the 20 million purchased from the laboratory would be completed.

Of that amount, the City would correspond -in proportion to its population- almost 1.5 million of vaccines. They would be, a priori, 750 thousand complete vaccination schedulesAlthough the fate of Buenos Aires adolescents would depend on how many doses are finally allocated to complete the Oxford and Sputnik V vaccine schedules.

Based on this panorama, when does the City anticipate that it will begin to vaccinate adolescents without comorbidities? “We estimate for october, always depending on the arrival of the doses “, they responded to Clarion sources from the Buenos Aires Ministry of Health.

However, the current scenario shows imbalances Come in one side and the other of General Paz. And it is probable that, depending on how the start has been, the 16 and 17-year-old Buenos Aires citizens with the right to vote on November 14 will go to the polls more immunized than their Buenos Aires counterparts.

Hassan Shakoush: “I made a mistake and sat at home while I was standing… and no one is punished for life.”