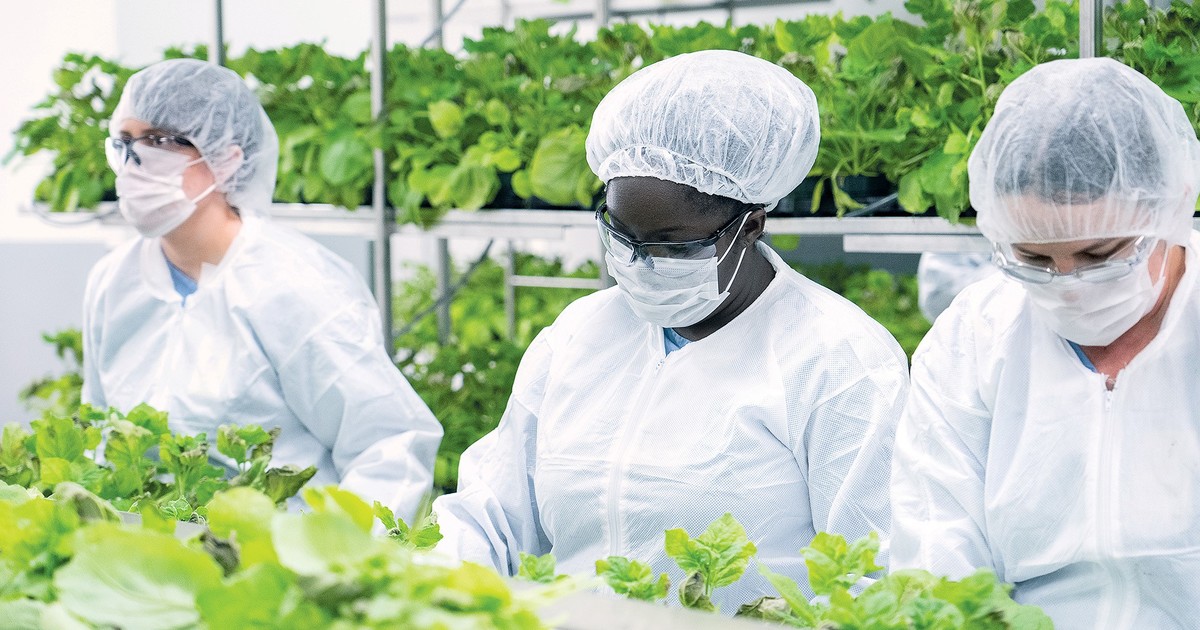 The World Health Organization has already anticipated that the delayed approval of the Russian Sputnik V vaccine you will have to wait. But there is another highly promoted vaccine, which was even tested in Argentina, which is not going to be authorized by the agency either. And, apparently in this case, not because of the situation of the war in Ukraine but definitively: Medicago’s “vegetable” vaccine.

Until now, the WHO gave the emergency use authorization (Such is the formula to endorse a vaccine in the context of a pandemic, which speeds up all bureaucratic deadlines) to ten shots: Pfizer/BioNTech, Moderna, Janssen, AstraZeneca/Oxford, Sinovac, Sinopharm, Covaxin, Novavax, Covishield and Covovax (the latter two, the Indian-made formulations of AstraZeneca and Novavax respectively).

Sputnik V, which was the first vaccine approved for use by a country (Russia itself, in August 2020), was left out of this lot. Although the suspicion was always that the non-approval was due to geopolitical reasons, the reasons that the WHO repeatedly put forward had to do with “paper issues”: documentation that was not sent and procedures that were not understood, up to the delayed inspections of the plant where the Gamaleya vaccine is produced that were going to take place at the beginning of this year and that the war in Ukraine left truncated.

CanSino’s Chinese vaccine, which was tested in Argentina, is still in the process of being evaluated after the WHO did inspect its plants. And now another of the vaccines that were tested here, that of Medicago, seems to go direct path to the bochazo.

The “no” to Medicago

In this case, the WHO itself anticipated it. In a recent press conference, the deputy director general for Access to Medicines and Health Products, Mariângela Simão, admitted that it is “very possible” that Medicago will not be authorized because your evaluation process “is suspended”.

“The WHO and the UN have a very strict policy regarding engagement with the tobacco and gun industryso it is very likely that it will not be accepted for emergency use, “he said, according to a quote from the Bloomberg agency.

What does this Covid vaccine have to do with tobacco and weapons? Nothing with weapons, but Covifenz (as its trade name) is “manufactured” in a wild plant of the tobacco familythe nicotiana benthamiana. This vaccine is one of the most innovative on the market by the platform you use: virus-like particles or VLPs.

A particle with a structure similar to the virus (but without its genetic load) is synthesized and reproduced in the plant, which functions as a bioreactor. The vaccine is completed with an adjuvant to enhance the immune effect, which is provided by the British laboratory GSK.

But the big issue is not scientific development, but who finances it. Medicago is a Canadian firm, based in Quebec. Among its shareholders is another pharmaceutical company, Japan’s Mitsubishi Tanabe Pharma. And also, tobacco company Philip Morriswhich has a third of the shareholding.

“Because of his connections, which is partially owned by Philip Morris, the process is suspended“, affirmed Simão. The request for prequalification of the vaccine was not accepted, assures Bloomberg based on a WHO document dated March 2. This means that the vaccine was not refused: they did not even begin to analyze the documentation to arrive at the approval or rejection instance.

Since 2005, the WHO Framework Convention on Tobacco Control, which requires strict controls and public policy protection of industry interests. That is why anti-smoking groups question this vaccine, which, on the other hand, was highly celebrated by vegan movements because it does not use live viruses in its production. For this reason, and because it replicates in a plant, it is calls it the “vegetable vaccine”.

This vaccine was tested in more than 30,000 people with very good efficacy results, which for the first time were discriminated by variants. It had an overall efficacy of 71%, 75.3% for Delta and 88.6% for Gamma. In Ómicron it was not evaluated because the strain was not yet circulating. Part of the phase III trial was carried out in Argentina, at the Military Hospital and Mautalen, among other research centers.

The Canadian government promoted its development and in fact Canada is the first (and for now only) country where it was approved, at the end of February. “Is a big milestone for the Canadian biotech sector and for national innovation. We will continue to support companies that want to produce vaccines in Canada and join the growing national biomanufacturing sector,” said Canadian Innovation Minister François-Philippe Champagne.

What will it mean if the vaccine is not approved by the WHO? As it is already seen with Sputnik, that does not mean that it cannot be applied. It will depend on each country to authorize it and eventually buy the doses to immunize its population. as far as he could tell ClarionThe laboratory did not submit the authorization request to the ANMATas if he did it in the US health agency, the FDA.

This newspaper consulted the subsidiary of Medicago in Argentina, and they sent the release signed these days by the CEO of the company, the Japanese Takashi Nagao.

“We were notified that the WHO updated the status of the vaccine to ‘not accepted’. We received an email advising us of this preliminary decision and informing us that an official communication outlining the details and rationale would follow,” Nagao wrote.

According to the executive, once they receive this communication, they will discuss with their partners and shareholders the steps to follow. “We understand that this decision is tied to a minority shareholder of Medicago and no to the safety and efficacy profile of our vaccine,” he remarked.

With Sputnik, the lack of approval from the WHO and the main health agencies in the world (the European EMA as well as the FDA) only prevents in practice that can travel to various destinations people vaccinated with the Russian immunizer, which is why the Argentine government added a fourth dose for these cases. Without more guarantees, traveling could be a headache also for those who eventually receive the Medicago one, in Canada and in other countries that decide to use it.

Customer sues new aggression at Park Avenue karaoke bar, but victims themselves are no angels themselves: “Waving a broken bottle at the police and throwing patio chairs at customers”