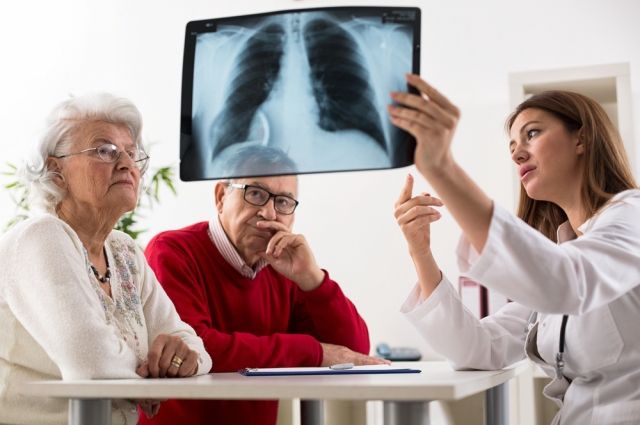 The lungs, after a person quit smoking, recover on their own, but for a very long time, and they should be helped. Only healthy lungs can properly perform the function of breathing assigned to them. And there is a whole range of measures that doctors advise to use so that the lungs recover from smoking as quickly as possible.

About how smoking spoils the lungs, as well as what exactly needs to be done to help the body improve its health, AiF.ru told director of the therapeutic clinic and head of the department of therapy, clinical pharmacology and emergency medical care, Moscow State Medical University named after AE Evdokimova, Professor, Honored Scientist of the Russian Federation, Head of the Educational Organization for Doctors of the RPO “Outpatient Doctor” Arkady Vertkin.

“It’s great when a person decided to take a big step and quit smoking. At the same time, it should be understood that, although this decision is correct and there is no need to deviate from it, a person will not be able to become healthy overnight. Indeed, such a habit does not remain without consequences in the body, ”notes Arkady Vertkin.

What is the danger of smoking for the lungs?

Cigarette smoke triggers a violent inflammatory response in the lungs, the professor notes. “The most popular problem among smokers is COPD (chronic obstructive pulmonary disease). This is a disease that arises from the inhalation of nicotine, its substitutes and other harmful substances in the air. With COPD, the lumens of the bronchi narrow and a person cannot breathe normally, the elastic functions of the lungs decrease, excessive airiness occurs (hyperinflation of the lungs), the production of mucus rises, and there are difficulties in its discharge, ”says Arkady Vertkin. In the future, pulmonary heart failure (cor pulmonale) develops.

COPD can be suspected without special diagnosis. Here are the main symptoms of the disease:

“By the way, even such a patient is given out by the appearance, the so-called phenotype:“ pink puffer ”or“ blue edema ”. And in most cases, an experienced doctor can diagnose COPD at the first glance at the patient, ”the professor emphasizes.

Despite this, many are unaware that they have COPD. “I will give the results of a study that was conducted in 2010-2014. 12,000 autopsies were performed. 68% were diagnosed with COPD, while only 24% had this diagnosis during their lifetime. According to WHO, by 2030 this disease will become the third leading cause of death, ”says Arkady Vertkin.

Can e-cigarettes improve the situation?

Some smokers make a big mistake and, to make it easier for themselves to quit nicotine, switch to electronic cigarettes or vapes, perceiving them as harmless toys, says the professor. “In fact, they die from them in the literal sense of the word. The first time such a death was recorded in 2019 in the state of Illinois. Then there were cases in other states. These cigarettes cause severe damage to the lungs, the so-called “eosinophilic pneumonia”. For example, in India, which is considered to be a lagging country in our country, the production and sale of electronic cigarettes has already been banned, ”says Arkady Vertkin.

But a person who smokes may not live to see COPD, because they can die from acute coronary insufficiency, the therapist notes. “Nicotine and tar, getting into the body, roughly speaking, scratch the vessel, injure it. And we know that in such situations platelets “come to the rescue”, they are ready to “patch up wounds”. But with their such accumulation (and even in narrow vessels with atherosclerosis), they only increase the risk of a blood clot and sudden death, ”emphasizes Vertkin.

If a person smoked for many years, if his parents smoked, especially if there are concomitant diseases such as diabetes, obesity, hypertension, it is better to quit smoking with a doctor. This means that a person must undergo examinations after he stops smoking.

There are a number of steps you can take after quitting smoking to restore your health and lungs. But at the same time, it is important to pay attention to the fact that self-medication is unacceptable, all drugs and methods must be prescribed by a doctor.

1. Get a spirometry to check your lung function. You may need inhalers or medication.

2. The cough can persist for a long time after quitting smoking, the lungs are trying to clear. Talk to your pulmonary specialist if you need medication to relieve symptoms.

3. Get a blood test. You may need blood thinning medications.

4. Check the work of the cardiovascular system. If you are prescribed medications to correct your blood pressure, it is important to take them regularly, even if you “do not feel high blood pressure.”

6. Help your lungs with breathing exercises.

7. Don’t look for a pill to drink to repair lung tissue. It recovers itself, but the process is slow.

8. Get vaccinated against influenza and pneumococcus.

9. Take precautions to reduce your risk of contracting coronavirus. In smokers and quitters, the disease is most often severe.

10. Remember: relief from the use of a bronchodilator inhaler in a smoker is much less effective than a non-smoker.

Only an integrated approach will allow you to recover faster, breathe deeply and be, and not just feel healthy.

There are contraindications, it is necessary to consult a doctor

BVB vs Gladbach, Leipzig vs Wolfsburg

EU-Russia: Moscow “refuses dialogue”, the EU must “draw the consequences”