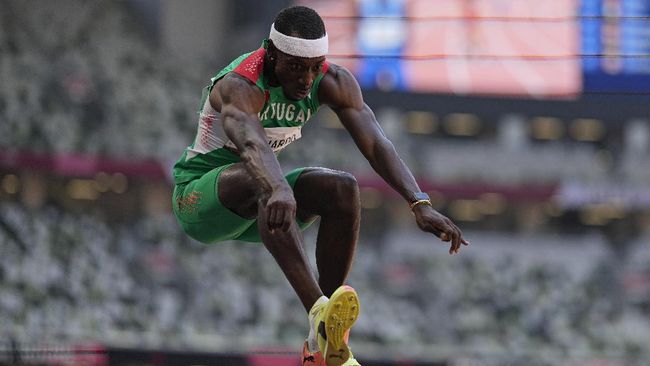 Portugal sticks to Indonesia in the medal standings Tokyo Olympics along with their success in winning gold in the triple jump branch.

Pedro Pichardo managed to be the best with a record of 17.98 meters in the match which was held on Thursday (5/8). He is ahead of Zhu Yaming of China and Hugues Fabrice Zango of Burkina Faso.

The gold from Pichardo lifted Portugal’s position to 45th in the Tokyo 2020 Olympic medal standings. Portugal currently has 1 gold, 1 silver and 2 bronze.

Portugal silver was also awarded from the triple jump, namely through Patricia Mamona in the women’s number. Meanwhile, Portugal’s two bronze medals came through Fernando Pimenta in the 1000 meter kayak and Jorge Fonseca in judo.

Indonesia is currently in the 43rd position in the Tokyo Olympics medal standings list. Indonesia is in line with Austria which both collected 1 gold, 1 silver and 3 bronze.

In the Tokyo Olympics this time, Menpora Zainudin Amali stated that Indonesia’s target is to achieve a better ranking than the previous Olympics. At the Rio de Janeiro Olympics, Indonesia was in 46th position.

When it comes to the weight of the medals, Indonesia’s achievement in Rio de Janeiro is better with 1 gold and 2 silver.

At the Tokyo 2020 Olympics, Indonesia’s gold was awarded by Greysia Polii/Apriyani Rahayu while the silver was recorded by Eko Yuli Irawan.

All Indonesian athletes have completed their matches at the Tokyo Olympics, so there is no longer a chance for Indonesia to add medals.