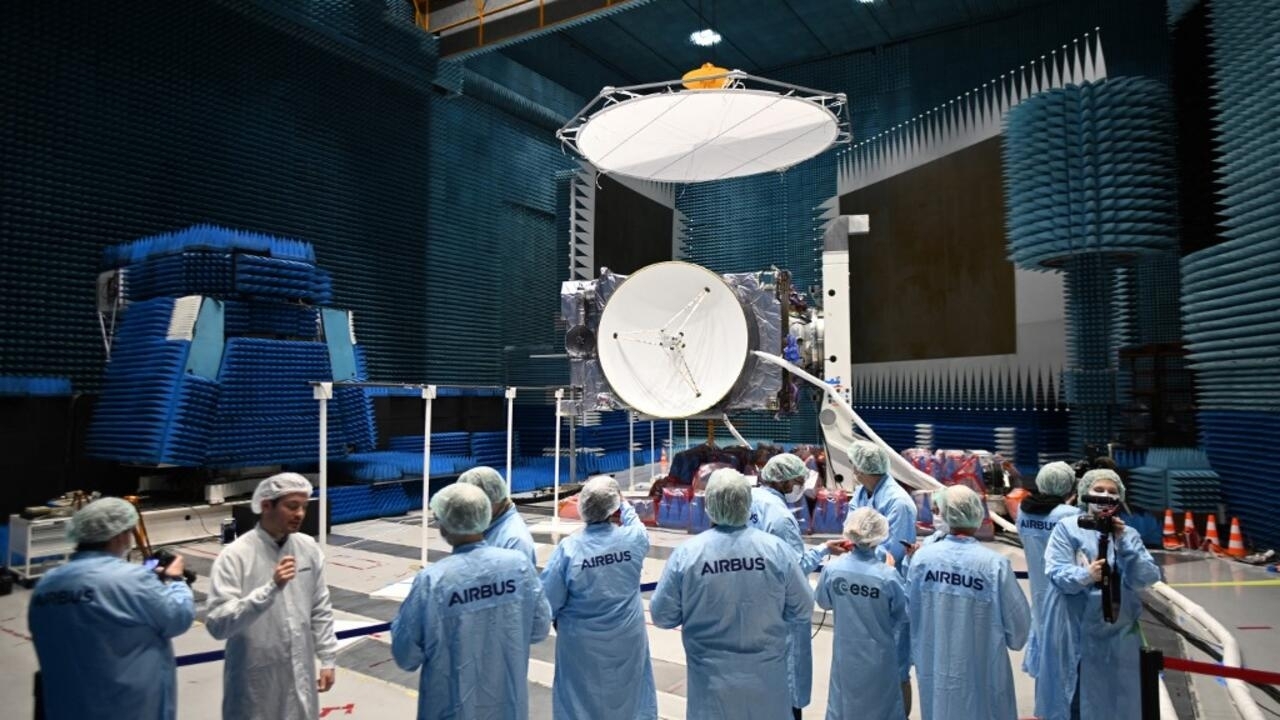 The largest planet in the solar system will be the object of a European space mission next year. Jupiter Icy Moons Explorer – Juice – will aim to study the moons of the gaseous planet. The ambitious project is to cost 1.7 billion euros, it has been in development for a decade. Explanations.

« This is the most beautiful probe you have ever seen. It’s really intense for me “says Manuela Baroni. She can indeed be emotional. The engineer has been working for the European Space Agency (ESA) on this project for several years now.

Juice (Jupiter Icy Moons Explorer) is the next probe to the giant planet. It is in the test phase in Toulouse, in a huge anechoic chamber whose airlock is about to open. ” You have to describe well. In front, we have instruments. We will try to collect detailed information on Ganymede, Europe and Callisto: composition, evolution, non-icy surface », continues Manuela Baroni.

Ganymede, Europe and Callisto are the icy moons of Jupiter. They have water. Hence their scientific interest. Juice is not a mission in search of life, it is the step forward. It will help to know if these worlds have all the conditions required to see it appear.

« Under the layer of ice that is on their surface, we already know that there is an ocean of liquid water, and we can find the conditions that are necessary for the appearance of life. So liquid water, carbonaceous chemistry and then energy, stably on geological time scales. So it’s a pretty incredible playground for scientists explains Cyril Cavel, project manager at Airbus.

These tests are the last step before the launch scheduled for next year. It will then take eight years for Juice to arrive at its destination.

► Also to listen: Water in the atmosphere of Jupiter!