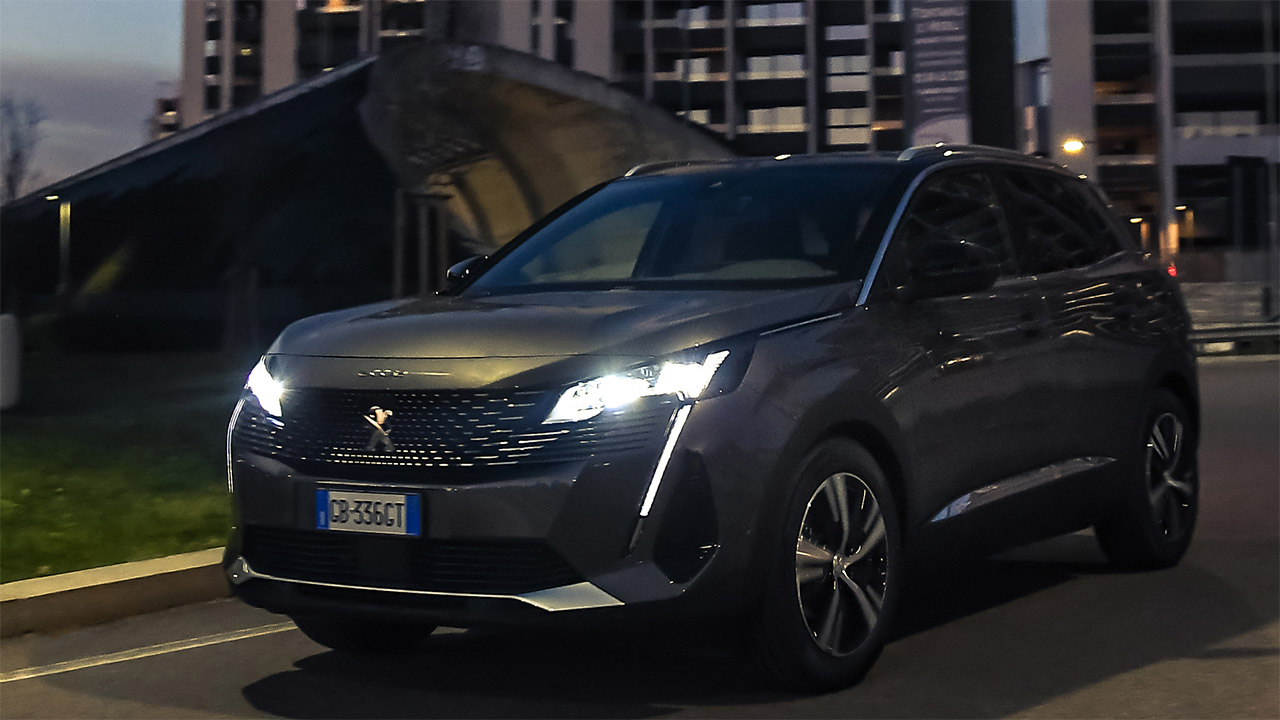 Between driver assistance systems those who are not often mentioned allow you to increase the view of the driver, although it is one of the fundamental elements for safety while driving. In fact, if the driver does not perceive a danger, various systems can help avoiding a potential accident but if a priori methods and technologies are implemented that allow to improve the view of driving, the fallout, in terms of greater safety, is very evident .

Anyone who has been driving a newly introduced vehicle, coming from one 5-7 years ago, will have immediately noticed the step forward that has been made in technologies related to lighting. Night driving is now much smoother and safer thanks to vehicle-mounted road lighting systems that are much more powerful and effective: the light beam is not only more beautiful to look at but allows you to see a higher portion of the road. However, it is not possible with car lights to illuminate in full daylight and that is why the development of technologies has also led to innovations in this area.

Peugeot offers the Night Vision system with its 508, 508 SW, 3008 and 5008 series vehicles, to supplement the other ADAS devices already present in the vehicles. It’s a passive type system, based on a thermographic camera mounted in the front grille which is sensitive to the temperature of objects placed in front of the vehicle. Doing so allows you to detect the presence of people or animals up to a distance of 200 meters, signaling their presence as well as the risk that they are in the path of the vehicle.

Night Vision works by reproducing, in the Peugeot i-Cockpit dashboard of the vehicle, the vision of what the thermal imaging camera captures in front of us. When a potential danger is detected, this is highlighted through some graphic indications: in orange if the obstacle is not in the path followed by the vehicle, in red if instead it is aligned with it and a collision is possible. The red visual alarm is accompanied by an audible one, so as to call the driver more attention. 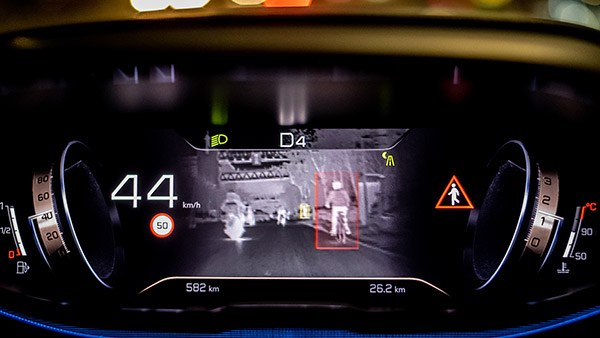 The driver can decide to keep the image captured by the front camera constantly displayed by exploiting the dimensions of the digital instrument panel of the PEUGEOT i-Cockpit or let the alarm be sent as a temporary window which is activated in the right side of the instrument panel when necessary. 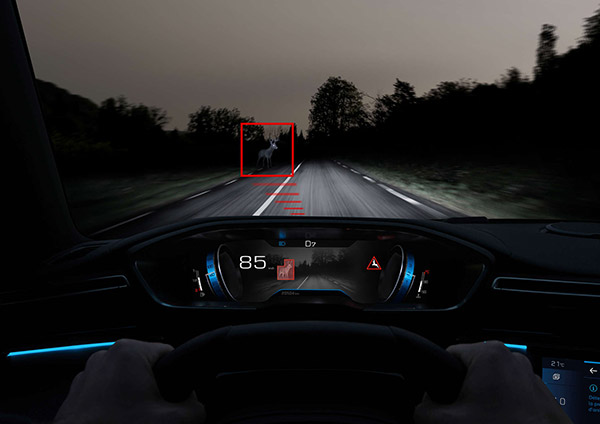 The thermographic camera has a viewing angle of 18 ° vertically and 24 ° horizontally; as the vehicle speed increases, beyond 80Km / h, the horizontal angle is reduced so as to obtain greater precision in detecting the furthest heat sources, adapting the beam according to the steering angle. Being dependent on the temperature of the framed bodies Night Vision works correctly in a temperature range: -30 to +28 degrees centigradthe. Its nature necessarily requires that the ambient light be very small or completely absent, vice versa it cannot function. Its operation is assured up to a speed of 160Km / h, no more. 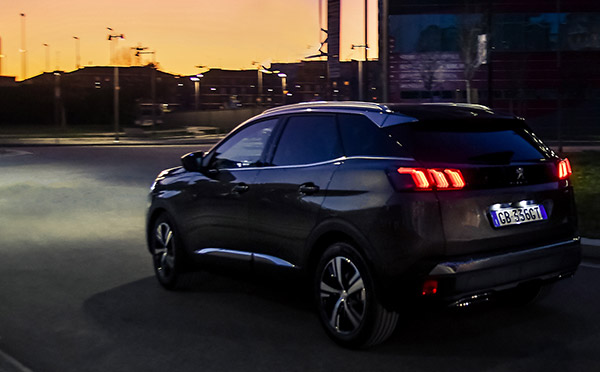 Night Vision is available for Peugeot 508, 508SW, 3008 and 5008 vehicles which optional on GT and GT Pack trims, proposed to cost of € 1,000. A good number of customers have chosen it for their cars: Peugeot reports that to date it has been installed in approximately 45% of the vehicles of the two configurations for which it may be requested.