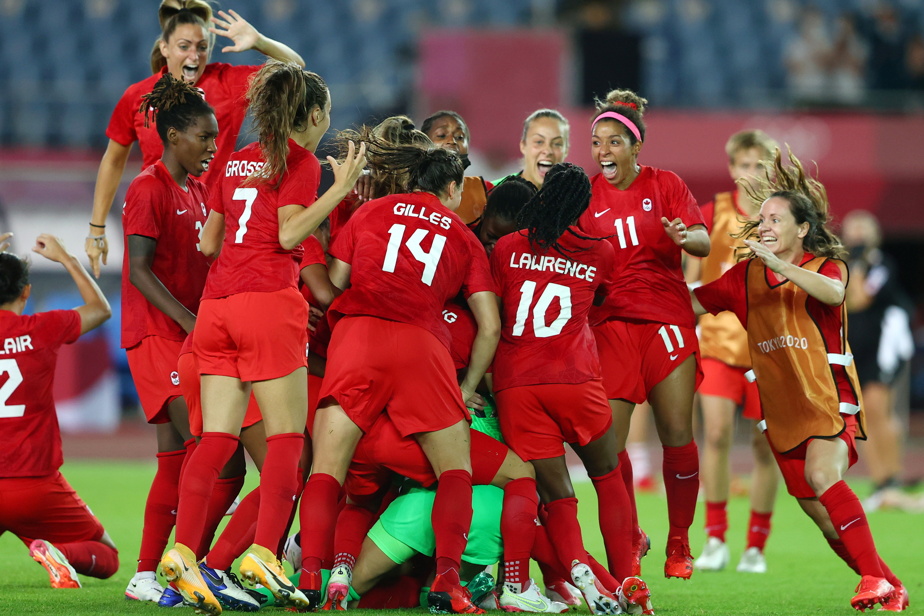 Vanessa Gilles scored the decisive goal and Canada defeated Brazil 4-3 in a shootout on Friday, giving them a place in the semi-finals of the women’s soccer tournament at the Tokyo Olympics.

This first save allowed Canada to return to equality as Barbara, the Brazilian goalkeeper, had stopped the very first shot of the session, made by Canadian captain Christine Sinclair.

Jessie Fleming, Ashley Lawrence and Adriana Leon also hit the target for Canada in the shootout.

Marta, Debinha, and Erika had given Brazil an advantage by beating Labbé in his first three attempts.

In the semifinals on Monday, Canada will face either the United States or the Netherlands. The other semi-final, also on Monday, will bring together Australia and Sweden. Australia defeated Great Britain 4-3 in added time while Sweden eliminated Japan 3-1.

Penalty shots became necessary after both teams were unable to find the back of the net for 90 minutes of play and 30 minutes of overtime.

Canada had a chance to score the victory during the 30 minutes of added time.

Leon, a late entry into the game, pushed through the right flank in 105 minutes and attempted a bouncy shot that narrowly missed the Brazilian net.

At the other end of the spectrum, Labbé kept Canada in the game by stopping a header deflection from Erika in the 118 minute mark.

About a minute later, Lawrence got another scoring chance, but his shot flew over the horizontal bar.

The match was played at the Miyagi Stadium, in front of around 4,000 spectators scattered around the 49,000-seat stadium.

Spectators are not allowed at competition venues located inside Tokyo Prefecture, in an effort to slow the spread of COVID-19.

However, the duel between Canada and Brazil took place more than 360 kilometers north of Japan’s largest city, far from the extent of the state of emergency declared there.

Czechia – France 77:97, Czechs nurtured a chance only the first quarter. In addition, a high loss greatly complicates the fight for promotion