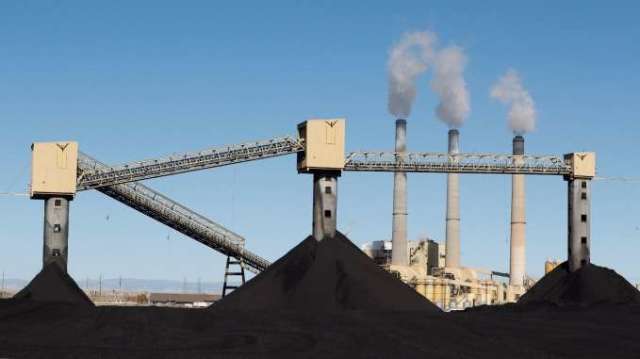 The Group of Seven Industrial Countries (G7) agreed on Friday (21st) to announce the cessation of funding for international coal-fired power generation projects at the first climate leaders meeting at the end of this year, and put pressure on Japan and the United States to request the two countries to make specific commitments to give up Carbon-intensive energy generation.

The G7 issued a joint statement after the video conference, stating: “The international community’s carbon investment must stop immediately if there is no reduction in carbon investment, and it should commit to taking concrete steps to completely suspend new investment in coal-fired power generation by the end of 2021.”

However, the G7 may still allow financing for projects that use carbon capture and storage technologies to reduce carbon emissions.

G7 also affirmed the importance of global warming to bring the temperature 1.5°C higher than the pre-industrial level. The 2015 Paris Climate Agreement aims to control the global temperature rise to about 1.5°C.

As the host country of this year’s G7, the United Kingdom takes a strong stance on coal, hoping to coordinate the entire G7 to abandon this resource. Compared with other hydrocarbons, coal has a larger carbon footprint. A spokesman for the British government said that the UK is the world’s first in terms of facing climate change and phasing out coal. Last year, coal was not used for power generation for more than 5,000 hours, which was about 208 days.

Despite the relevant funding restrictions, G7 has not yet set any target date for the termination of coal-fired power generation. The BBC stated that Japan opposed strong restrictions on coal use at the meeting, and the UK hopes that Japan will relax its position at the 26th United Nations Conference on Climate Change (COP26) in November.

Many European countries have begun to reduce carbon emissions. Coal power generation in the UK this year only accounts for less than 2% of total power generation, lower than 40% in 2012. It plans to close all coal-fired power plants in 2024 and expand the proportion of renewable energy power generation.

The Biden government’s goal is to reduce greenhouse gas emissions by 50% to 52% in 2030 compared to 2005. To achieve this goal, the United States is bound to stop using coal, which currently accounts for approximately 19% of the total electricity generation in the United States. However, the United States is reluctant to make clear commitments because regions that rely on coal for fuel economically may rebound politically.

Although Japan has announced that it will achieve net zero greenhouse gas emissions by 2050, coal still accounts for about 32% of Japan’s total power generation, making it the country with the highest proportion in the G7. In addition, after the Fukushima nuclear disaster in 2011, most nuclear power plants were still idle, and renewable energy could be built in fewer locations than in Europe.

Considering the low cost and stable supply of coal, the Japanese government is unwilling to completely exclude coal power generation under the current circumstances, and believes that in the process of moving towards zero carbon emissions, it is necessary to make the best decision based on the unique situation and energy structure of each country. .

Get an injection of IDR 1.55 trillion, Bank Banten Accelerates Digital Transformation Page all