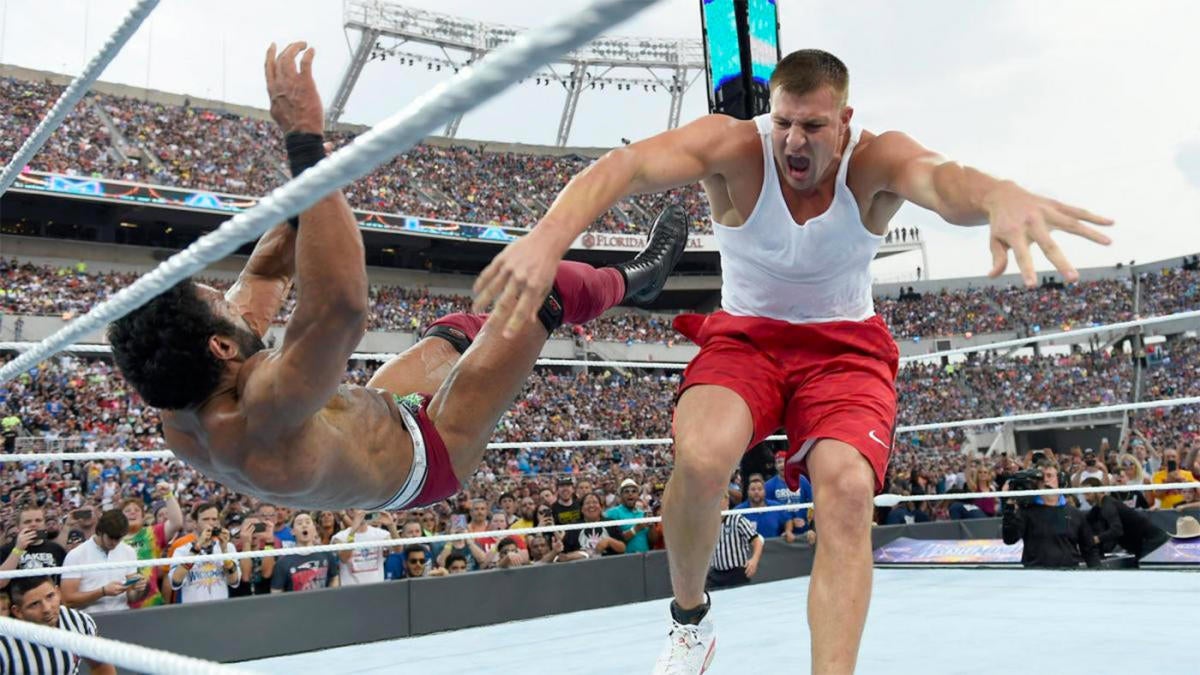 Rob Gronkowski isn’t set on giving up the professional sports life just yet. WWE and Gronkowski are nearing a deal for the former Patriots tight end to join the company, the company announced on its “Friday Night SmackDown” show. Mojo Rawley, a WWE superstar and Gronkowski’s real-life friend, joined commentary during “SmackDown” and confirmed that Gronk is close to signing with WWE and would appear on next week’s show.

As WWE is currently airing its shows at its own Performance Center in Orlando, Florida, because of the coronavirus pandemic, it is expected that Gronkowski will make his debut in the same location. Next Friday’s show was originally scheduled to emanate from New Orleans.

It remains unknown whether WWE is attempting to sign him as a wrestler, in a different role or a mixture of both. During the 2019 NFL season, Gronk could often be seen on Fox broadcasts. One would expect him to continue in that role.

This will not be Gronkowski’s first foray into WWE as he made an appearance on WrestleMania 33 in 2017, helping Rawley, a former football player, eliminate Jinder Mahal to win the Andre the Giant Memorial Battle Royal.

Gronkowski has been tied to WWE for a bit. He was recently seen with company executive vice president Paul “Triple H” Levesque during Super Bowl LIV week in Miami.

“Gronk has mentioned WWE before, that he loves it and said had so much fun doing it,” Triple H told Justin Barrasso of Sports Illustrated in February 2019. “I don’t know if it’s something he’d be seriously interested in, but that’s how the conversation started with Ronda Rousey, too. Certainly, the door is open for him at WWE.”

A future Pro Football Hall of Famer, Gronkowski is ready for the next chapter of his life. Just 30 years old, he could be a player in WWE for the next decade.