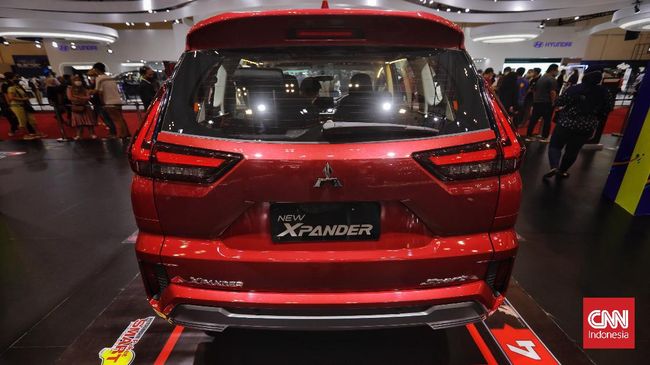 Mitsubishi Motors Krama Yudha Sales Indonesia (MMKSI) said in its official statement that sales of Xpander (including Xpander Cross) represented about 85 percent of the total SPK during GIIAS of 2,623 units. This means Xpander gets at least 2,229 SPK.

Meanwhile, Toyota Astra Motor (TAM) claims to get a total of 4,502 SPK, as many as 823 units of Veloz and 711 units of Avanza. It should be noted that this SPK claim represents the overall results in the Jabodetabek area (including GIIAS) in the GIIAS 11-21 November period.

Suzuki Indomobil Sales (SIS) stated that during the GIIAS period, Ertiga ordered 421 units or 34 percent of the total vehicle orders of 1,221 units.

Astra International-Daihatsu Sales Operation (AI-DSO) explained that Xenia orders during GIIAS were only about 105 units or about 21 percent of the company’s total achievements at the exhibition.

The Chinese brand, Wuling, did not officially announce the sales results of Confero. They only said that of the 1,448 units ordered, 44.1 percent of them were Almaz and Almaz RS as Wuling SUV products.

Honda and Nissan have so far not announced a sales list low The MPVs are Mobilio and Livina, respectively.

The low MPV segment is hot before the turn of the year when the government provides relief in the form of PPnBM discounts for locally produced models.

The new generation Xenia was officially introduced at GIIAS on November 11, then Ertiga also exhibited a new variant at this exhibition, the Ertiga Suzuki Sport FF.

This flaw in Windows allows you to take control of any computer!