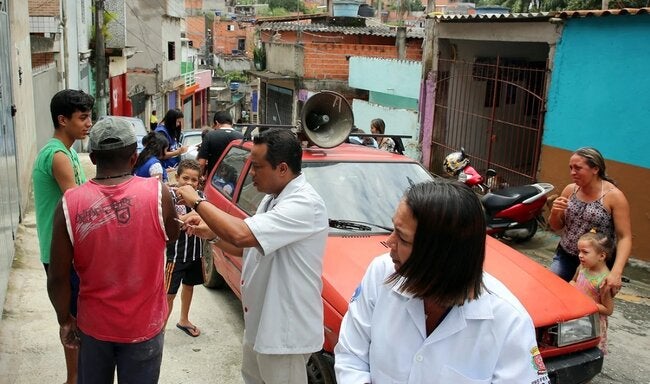 The virus has spread to Brazil

The largest outbreak in the last 50 years in the Americas occurred in Brazil, with transmissions outside the Amazon region generating 2,154 cases and 745 deaths between 2016 and 2018.

Marlúcio Mendes de Jesús, a young Brazilian farmer from Imbé de Minas, 300 km from Belo Horizonte, developed yellow fever in 2017. Marlúcio had to be hospitalized for nine days. “I’ve never heard of yellow fever or the vaccine. But I don’t usually go to the doctor either,” he said. The area where he lives has not been considered at risk until then.

In 2014, the virus left the Amazon border, where it is considered endemic, and began to reach the center and south of the country. Some attribute this process to the degradation of the environment and climate change, and the proximity between monkeys, mosquitoes and humans, where the boundary between the forest and the city was blurred.

Dr. Pedro Vasconcelos, former director of the Evandro Chagas Institute in Brazil, and an expert on the subject, considered that “the reappearance of yellow fever in Brazil was caused by low vaccination coverage.”

Mass vaccination has reached everyone

The spread of yellow fever in Brazil has led the country to implement a massive vaccination campaign to protect millions of people outside the Amazon region.

Alba María Ropero, PAHO’s regional vaccination advisor, explained: “Due to the epidemic in Africa, vaccine supplies have been severely limited, so Brazil has followed a divided dose strategy already implemented in Congo for emergencies.” in the country to campaign.

The divided dose contains one-fifth of the regular dose and provides immunity for at least 12 months.

Thus, in September 2018, 13.3 million people were vaccinated in São Paulo, 6.5 million in Rio de Janeiro and 1.85 million in Bahia, representing more than half of their respective populations.

Hot Friday 2.0. Camille Vasquez has mastered the process of the decade. Queen TikToka is not taken prisoner