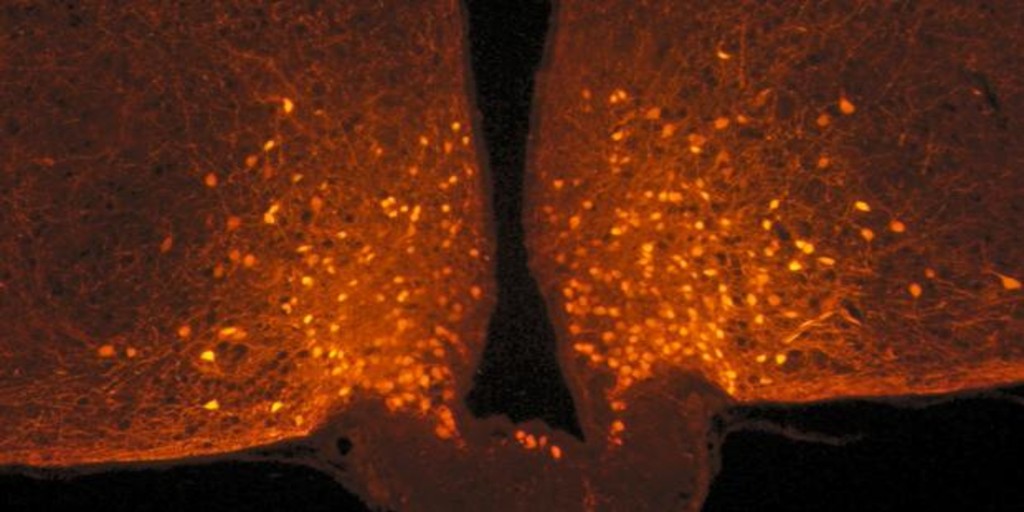 When we are hungry we eat and when we eat we satisfy ourselves. It seems obvious, but the physiological mechanisms that make it possible have a complexity greater than that of a Swiss watch and they are not quite well known. It is known, for example, that adipose tissue (which accumulates fat in the body) releases leptin, a hormone that indicates how many energy reserves are in the body. It seems that the gastrointestinal tract releases other hormones when eating, inhibiting hunger, while others are released when a person spends some time without eating.

It is very unknown about why all this happens and much remains to be found in relation to psychology and even with disorders such as obesity or anorexia. Now, a team of researchers has just revealed what it is the mechanism that activates satiety right after eating. His study, which has been published in « Cell reports»And which has been made with mice, shows that a cascade of reactions occurs after blood glucose levels rise.

It was suspected that satiety and hunger depend in part on synaptic plasticity, the ability of neurons to reconfigure their connections in response to certain stimuli. In fact, scientists believe that these processes contribute to maintaining the balance between intake and energy expenditure and that even this plasticity could be altered in cases of obesity.

Now, the mice have given an answer. A team led by Alexandre Benani, a researcher at the National Center for Scientific Research in France (CNRS) has shown that these neural circuits are activated in what lasts a meal, regulating the behavior of the animal. However, it seems that synaptic plasticity does not intervene.

The researchers looked at neurons in the hypothalamus, at the base of the brain, and that respond to a molecule called POMC ( proopiomelanocortin). These regulate appetite, food intake, sexual behavior, breastfeeding and even the reproductive cycle. As proof of their importance, it turns out that these neurons are interconnected with many other brain neurons and that its connections are especially malleable and sensitive to hormonal changes.

The cells that change shape

Paradoxically, this time the scientists observed that these circuits do not change after a mouse makes a balanced meal. However, something even more surprising happens: nerve cells that usually support neurons, and are called astrocytes, change their shape. More specifically, they retract.

You can say that astrocytes do all the dirty work. While neurons are fragile and hyperspecialized cells, astrocytes do the “housework”: they clean up wastes, transport nutrients to neurons, maintain pH, regulate the environment and even give physical support to neurons, among many other things.

In the case of these POMC neurons, which have functions related to sex or food, astrocytes normally act as limiting activity. But now, researchers have observed that after eating, when blood glucose levels increase, these astrocytes detect the signal and retract in about an hour. Next, the POMC neurons are activated, releasing hormones and signals that induce the feeling of satiety and that lead the animal to no longer eat.

Interestingly, researchers have found out that a high-fat meal does not activate this mechanism. Therefore, in the near future they will try to find out if this means that fat is less effective in satisfying hunger or if, rather, it is that they induce satiety in another way. Another option that is also raised is whether fat can activate a sense of addictive pleasure without creating satiety, which would really be a whole time bomb for the brain, as many people can easily check.

They propose the construction of a wormhole in the laboratory