Pricewaterhouse Coopers said in its outlook that for the first time in the 21st century, the population of the UK capital will shrink.

Young people have left the city in previous months for several reasons. The main factor was often the loss of work in the services sector, which was hit hard by quarantine measures. Low-income workers quickly ran out of savings, so they moved away for cheaper rents, to families, and some even abroad. Another, however, led to the departure of a desire to change their lifestyle. Many people thought that it was more pleasant for them to work from home in the countryside than in a dead city.

“We just got a new member, a relatively young worker who moved to the Lake District. He said he could work remotely and not have to be in London, “said Zoe Spence of Herdwork, which offers rural coworking, offices and other spaces in the picturesque region, to Bloomberg.

“After three months in London, we focused on what we really care about and found it not a hectic nightlife. The important thing is that we open the front door and we are on a cliff or empty beach in a few minutes, “Gaby Morse, who has a sound company with her partner, described the reasons for her decision to move to Cornwall a while ago.

The outflow of young people from London is likely to be significant and in a number of ways. Demand for SpareRoom’s roommate and room rental website has fallen by almost a quarter since the beginning of last year, and in some neighborhoods by as much as forty percent. Room rental prices in the metropolis fell by an average of eight percent.

The question is whether at least hospitality workers will return to London as the economy opens. Many companies are scheduled to open on May 17, and operators are not sure if they will get enough staff. The kingdom also has a significant shortage of workers from European Union countries. According to estimates, before Brexit, they accounted for almost a third of the workforce in the sector and in the capital even more. 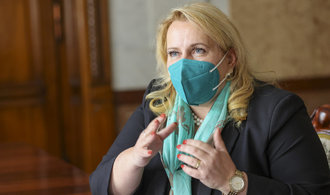 “For the first time, we have more British workers than the EU, but overall, the size of the hospitality workforce is 28 per cent smaller than exactly a year ago,” a spokesman for Fourth, a human resources company, was quoted as saying by Thelondoneconomic.com.

For example, Pizza Express is looking for a thousand employees, restaurants complain about dragging employees. A current survey of hospitality workers has shown that a third do not want to return to the industry even if operations are fully restored. This is despite the fact that half of the respondents cannot find work in another field.

Moreover, the trend of moving to the countryside may not end. A February survey by Urban Jungle, an insurance company that offers insurance to young people, found that more than half of Londoners aged 18-34 are considering moving after a pandemic.

One-fifth want to go to the countryside, some want to travel and others would like to live in another city. The survey also found that as a result of coronavirus, people put much more emphasis on private greenery or at least easy access to parks and more space in the apartment when choosing a place to live.