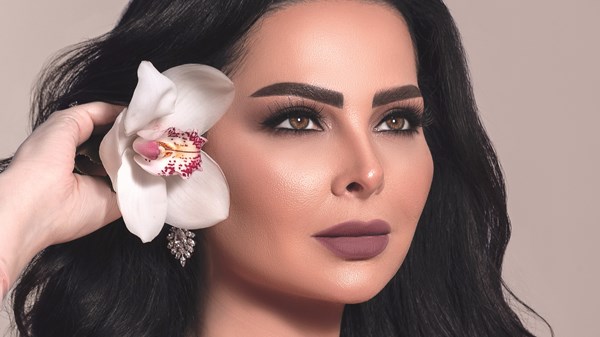 Jordanian singer, Diana Karazon, revealed the name of her daughter, who gave birth to her two days ago from her Jordanian media husband, Moaz Al-Omari, after a marriage that lasted less than a year, as she named her daughter “Salma”.
Karazon, through her account on the “Instagram” website, published a picture that collected her husband, holding the child, and approaching to kiss her, to thank everyone for the good feelings they overwhelmed her.
Karazon thanked the doctor who helped her give birth to her baby, as well as the hospital where she gave birth to her baby, as well as the stem cell bank, which stored the baby’s cells.
And she wrote, “Thank you everyone for your kind words, and your noble feelings, which you instilled in us, and you were part of our joy at the arrival of our first child (Salma).”
And the Jordanian artist continued, saying: “And let me thank Dr. Omar Al-Omari, this wonderful person, and the Farah Women and Child Hospital for the wonderful reception and attention, the luxurious medical staff, and this medical edifice with all its details.”
Diana Karazon commented, “And the stem cell bank for storing our daughter’s stem cells.”

Diana Karazon gave birth to her first child, from her Jordanian husband, Moaz Al-Omari, less than a year after their marriage, which took place in mid-September last year.
Al-Omari announced the arrival of his first child, through his official page on the “Facebook” website, expressing his joy, and thank God for the safety of his wife.
And he wrote: “Praise be to God, Lord of the Worlds, whose grace good deeds are accomplished, today we became three and our lives have been lit by our first child. A thousand praise be to God for the safety of my dear wife.”
And he concluded his post with a message in which he wished to be a bond and security for his family, so he wrote: “Our Lord, I am able to be for my family the bond, the pride and the safety.”

See also  Is a club 'fight' coming for a world star ?: Everyone wants to stay with David Alaba

For her part, Diana Karazon republished her husband, Moaz Al-Omari, through the “Story” feature, through her account on the “Instagram” site, to express her happiness.
Diana Karazon and Moaz Al-Omari entered the golden cage, on September 14 last year, as she announced this through her account on “Instagram”, by publishing a photo that brought them together.

Read also: Among them, Yousra.. New photos reveal the characters of the stars of the movie “Eid Night”