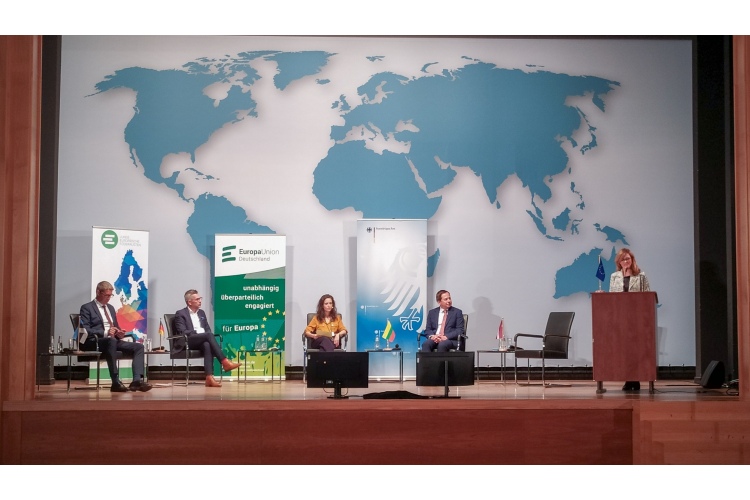 On August 26, 2021, at the invitation of the German Minister of State for European Affairs Michael Roth, Parliamentary Secretary Zanda Kalniņa-Lukaševica participated in the Baltic-German consultations and public discussion “Centennial of Baltic-German Diplomatic Relations – New Perspectives for a Future-Oriented Europe”.

During the consultations between the Baltic States and Germany, attention was paid to the development of events in Belarus and Afghanistan, from which the evacuation should be continued, as well as current issues on the agenda of the European Union were discussed. Regarding the situation on the Belarusian border, the parliamentary secretary stressed that the Lukashenko regime’s efforts to use migration as a weapon to destabilize the region are unacceptable.

“Illegal border crossings organized by Belarus are a hybrid attack on the EU-NATO eastern border. Belarus wants to destabilize the situation in the region, “said Z. Kalnina-Lukashevica.

During the public discussion, participants expressed their views on the future of the EU as a union of values, EU action to mitigate climate change, and the impact of the Nord Stream 2 project on the EU and Ukrainian economy and security and the unacceptable human rights situation in Belarus. The Parliamentary Secretary emphasized that Latvia continues and will continue to provide support to Belarusian civil society and the independent media.

Between grandeur and decadence, Alitalia will definitely disappear from radar after 75 years of existence

The chase ends with hitting a tree and rolling over!