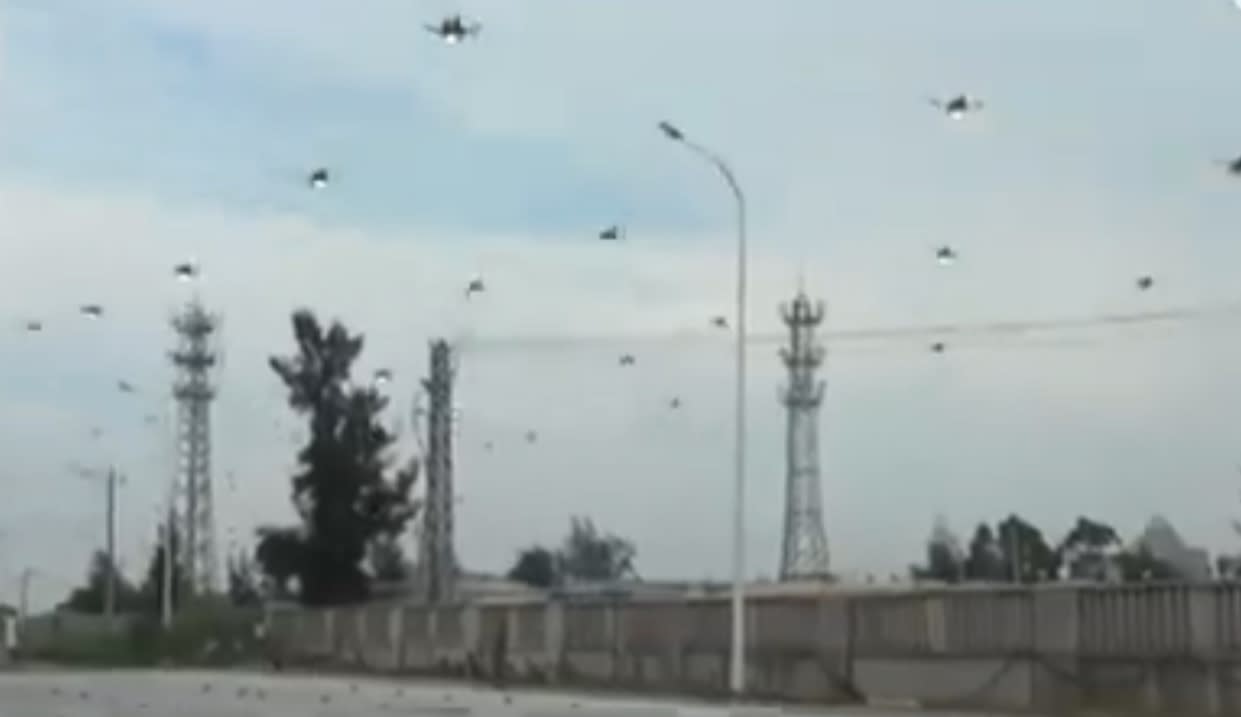 [Comment by Zhang Jing from Love Media]Recently, CCTV in mainland China broadcasted the PLA 73rd Army’s amphibious armored brigade training scene. More than four minutes of the film, many video scenes were arranged. Compared with the PLA’s true strength and combat thinking, there is actually a huge gap.

Many films on the mainland involving military historical facts are often ridiculed by the audience as a drama. This amphibious exercise training report film is actually quite absurd. Here is a detailed explanation for your Facebook friends:

Let’s start with the dimly lit combat meeting. If you are in a command post under invincible concerns, you should hold a combat meeting to issue mission instructions. The lights must be dim, and the participants will be sitting in a dreadful situation. There are paper written materials in your hand that you must read. , There is no terrain sand table between the tables, and no wall chart projection behind it, so it doesn’t look right. The director made this film and turned the combat meeting into a gang gathering in a dark alley. Not only was it unable to create a fighting atmosphere, it was basically self-defeating, and it was really wrong.

The advanced level of information application in mainland China has long attracted worldwide attention. Tablet computers and wearable devices have long been the standard equipment for the People’s Liberation Army to develop intelligent warfare. The cadres of the low-level troops are equipped with military-standard information equipment. The combat command post holds meetings or convenes cadres on the front line to issue combat instructions or give task reminders. Going to hold the paper information? The People’s Liberation Army is equipped with portable military information equipment. It has long been a universal understanding of the facts. The shooting of such scenes of combat meetings will make the People’s Liberation Army cadres seem to be living in the ancient century. It is indeed quite absurd and bizarre.

Secondly, we must mention the training project displayed by the Amphibious Armored Brigade. From the launching of mecha vehicles from the shore, maneuvering at sea, to beachhead assaults, there is no cross-service joint operations, including mecha troops boarding naval ships and carrying out long-range navigation. After crossing, finally flooding in the sea area of ​​the target area, and then forming an amphibious assault. Therefore, we were able to confirm that the amphibious armored brigade exercises “shore-to-shore amphibious assault operations”, and this task is not carried by naval amphibious ships, but directly by ground forces amphibious shore mecha vehicles to complete the maneuver to the target area battlefield. Finally, the tactical deployment of combat forces is carried out, transformed into a combat formation, and an amphibious assault mission is carried out.

After understanding its mission attributes, I will talk about the formation of amphibious mech vehicles during the wading phase. The film shows double columns and a single line when amphibious on the beach; the battlefield maneuvering phase is adopted to the target area. It is indeed worth observing whether the maritime formation of the re-column can be beneficial to the extremely limited air defense and self-defense firepower of the ZBD-5 and ZTD-5 series of mecha vehicles.

The sports formation of the mech forces must take into account both command and control and firepower, and at the same time use mobility to increase the survival rate of the battlefield. The film shows that after several ZTD-05 amphibious artillery vehicles arrived at the water line of the beach, they suddenly stopped moving in front of the rail and the triangular pyramid. Then they suddenly stopped moving before the ZBD-05 infantry fighting vehicle appeared on the beach. It is extremely unreasonable to send out a number of accompanying infantry soldiers, and then join some combat engineers to remove mine obstacles and blasting operations. These scenes are extremely unreasonable and do not conform to the basic principle of amphibious assaults requiring mecha vehicles to quickly penetrate and surpass beachhead obstacles.

The amphibious vehicle is facing the most intense firepower situation of the garrison at the beachhead. The film also shows the situation of the mecha vehicle turning horizontally and parallel to the waterline. Is it because the target area is not large enough to expose itself? The film shows that the ZBD-05 infantry amphibious combat vehicle has reached the waterline, where the infantry it was loaded and unloaded, and left the vehicle as an armored vehicle to accompany the infantry in battle. Is it necessary? Is this kind of fighting determination reasonable and exists? There is a lot of room for discussion.

The beachhead obstacles in the exercise area are also like this. The width between the rails and the triangular cones is really incredible. It is so wide that the amphibious car can directly pass through. If it can penetrate directly, there is no lightning protection in it. These obstacles Are things used for navigation? And when the triangular cone does not constitute a movement obstacle to the mecha vehicles, why waste time blasting and clearing operations? Therefore, when the exercise field is not realistic enough, the effect of the whole exercise will of course be greatly reduced.

Next, I will talk about the problem of using drones to conduct battlefield reconnaissance; there are a large number of drones in the film extremely exaggerated swagger formations, there are obvious lights under the drones, for battlefield reconnaissance, the reconnaissance operations and equipment themselves must be maintained. Secrecy, otherwise it would be tantamount to helping the adversary to provide early warning. From the arrangement of the shooting set, it is obvious that the director is seeking effects, and finally makes the plot embarrassing and bizarre.

In addition, the faces and hands of the reconnaissance personnel were not sufficiently camouflaged. They wore heavy camouflage nets, but showed relatively clear hands and faces, which was really quite a surprise. The lens of the optical detection equipment may also reflect light, and the exterior must be painted. Although it is a detailed list, it is worth paying attention to. Whether heavy camouflage nets hinder personnel from maneuvering in the woods and trees, whether these camouflage nets are provided for use by fixed-point snipers, rather than for wearing and using by mobile scouts on foot, much of this information is not understandable by just learning. It is necessary to really understand and investigate in detail, otherwise it will be the effect.

At the same time, I will talk about the shooting test. The sandbag bunker used by anti-armor weapons may be difficult to build in actual combat; the flame gun shooting is indeed amazing, but the CCTV editors are really not qualified, and they will actually see it in the camera. The photographers, dressed fairly lightly, took the lenses next to the shooters. On the shooting range, the photographer did not even have basic protection. CCTV’s discipline for interviewing military journalists is worth reviewing.

In fact, it is unreasonable to take the mirror scene. I am afraid that the most suspicious thing is that the lights on the shore are extremely bright, and they have to row a rubber boat. I hope that the infiltration reconnaissance will be carried out unconsciously. This is even more confusing. But having said that, the exercise scene still has to bow to reality. The residential buildings next to the exercise area cannot let the people cooperate with turning off the lights to create the atmosphere of the scene, so the exercise always has its helplessness, but how real it is and how much training effect can it have? , I’m afraid that only on the battlefield can you see the true chapter!

Finally, I must remind that the images shown in these scenes are of the PLA Army’s amphibious armored brigade, and the PLA Marine Corps must not be estimated on this basis. It is the exclusive combat technique of the Marine Corps to truly be able to fly over long distances, implement complete and complex amphibious operations, and directly attack long-range target areas; its combat capability is not comparable to that of the PLA Army’s amphibious armored brigade. This is the same as the PLA Navy Air Force and the Air Force using the same fighter planes, but the level of combat power is still different, and wearing a dragon robe will not make people automatically become an emperor.

The more that self-feeling is like a child raised by a stepmother, and the arms and arms whose father is not relatives and mothers do not love, the more self-reliant and self-reliant will be, and the strongest combat power will be forged by hard work. This is the case with the PLA Navy Air Force and Marine Corps, and even the PLA Airborne Force, and their combat power and fighting spirit must not be underestimated.

●The commentary does not represent the position of i-Media

Marian Banaś “political crown witness”? Politicians comment on the words of Donald Tusk and the issue of the immunity of the head of the Supreme Audit Office