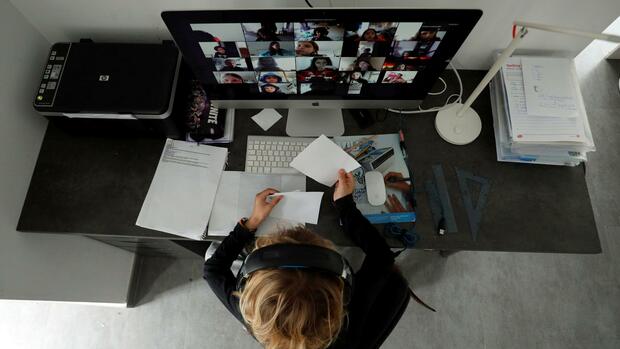 San Francisco, Düsseldorf, Berlin For Dennis Johnson, it should be the greatest success of his career so far. At the end of March, the doctoral student at California State University in Long Beach had to defend his dissertation, which was due to the corona risk via the video conferencing service Zoom.

In the middle of the lecture a red smear appeared on his slide, then a racist insult aimed directly at the African American Johnson. Unknowns had apparently found the link to Johnson’s lecture on racism in the American school system on the Internet and hijacked his presentation. “In one of the most significant moments of my life, I was called N *****,” Johnson later wrote to Zoom.

The San Jose company is also experiencing one of the most important moments of its existence – only whether it will end well or not is still unclear. Corona virus worldwide curfews or contact bans have catapulted the service’s daily user base from ten million in December to 200 million in March. Zoom’s stock is one of the few in the world that has made significant profits since the Corona outbreak.

Actually designed for business customers, Zoom and Friends now meet, students are taught there, married couples are married and children are baptized. Because Zoom works without a profile, without an app or password and remains stable despite the onslaught, the service outperformed established competitors such as Microsoft’s Skype, Apple’s Facetime or Google’s Hangouts in the first few weeks of the pandemic.

But success is at risk. Ease of use is a blessing and a curse at the same time: robberies of Internet roles, such as those suffered by Dennis Johnson, now happen so often that there is already a word for it: zoom bombing. At the same time, new security gaps and problems with data protection became known.

Zoom has become very successful and very controversial in no time. New York City Attorney General Letitia James has initiated investigations into Zoom over privacy and data security practices. In California, a user filed a lawsuit against Zoom. The future of the service is unclear – especially in Germany.

Politicians from the coalition and opposition warned against the Handelsblatt about the video conference app. “As long as the company is unable to refute the allegations, Zoom cannot be recommended as a video conferencing service,” said the Union’s parliamentary group’s spokesman for digital policy, Tankred Schipanski (CDU), the Handelsblatt newspaper. The security and data protection allegations are to be taken very seriously. “They are complex and come from very different groups of users.”

SPD digital politician Jens Zimmermann also expressed concerns. “Great care should be taken with confidential or even secret content,” Zimmermann told the Handelsblatt. “According to the current state of knowledge, it is not advisable to use the Zoom service for sensitive content.” 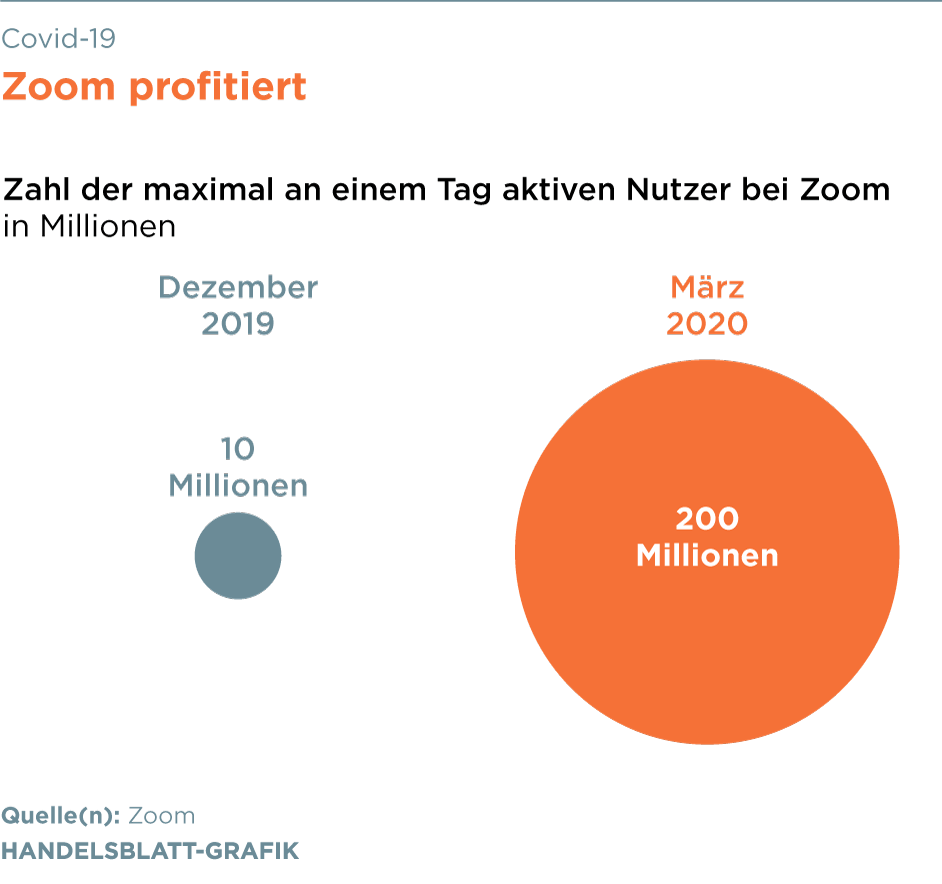 The chairman of the digital committee in the Bundestag, Manuel Höferlin (FDP), sees it similarly. “As long as Zoom cannot prove that their software is safe and trustworthy, German companies should largely refrain from using this video platform,” Höferlin told Handelsblatt. “This should at least apply to all meetings where the required level of confidentiality is higher than with a postcard.”

The spokesman for the Greens parliamentary group for industrial policy and digital economy, Dieter Janecek, agrees. “At the moment you have to come to the conclusion that the concerns about using zoom are also justified in Europe,” said Janecek. “The problem is that more privacy-friendly and safer alternatives to many of the widely used digital applications such as video conferencing systems, messenger services or social media platforms are often hardly competitive.”

Awareness, network and lock-in effects, which especially ensure that companies stay with certain applications because the implementation has already resulted in costs, are usually more decisive for the use. “It is therefore essential that existing systems comply with high data protection and IT security standards,” emphasized the Green Party politician.

From the perspective of the CDU politician Schipanski, the video software Zoom impresses with its user-friendliness. “In my opinion, however, the legal concerns weigh more heavily, and so it is understandable that some companies have deliberately avoided using Zoom. 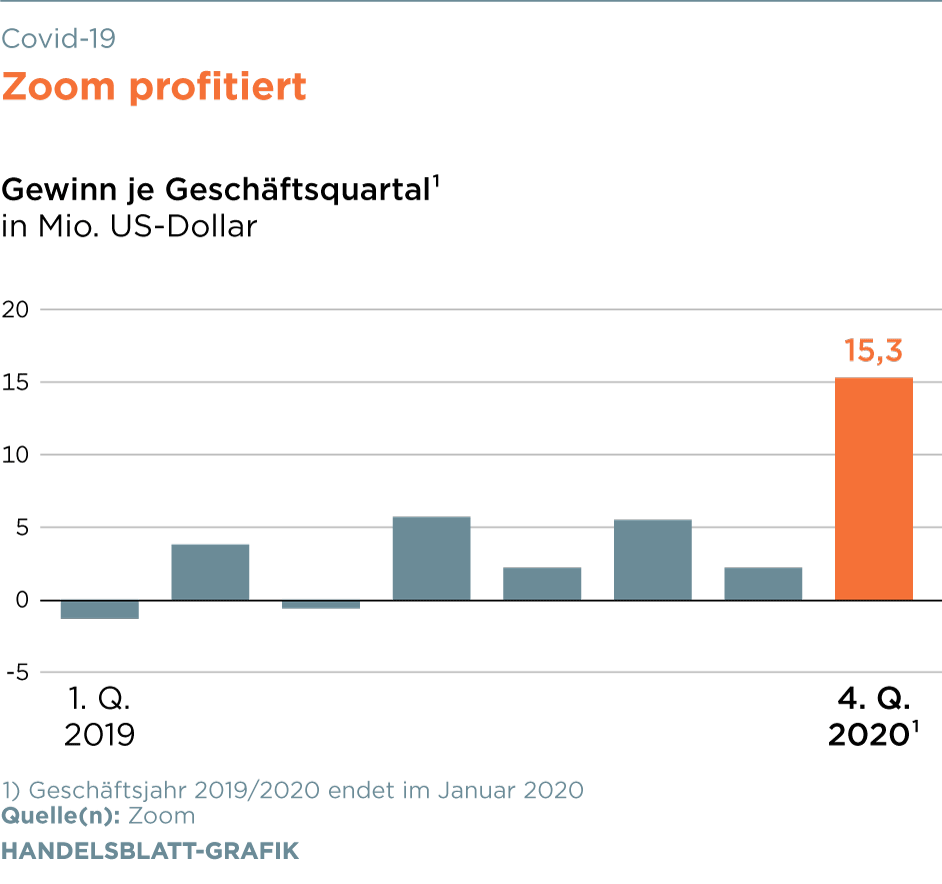 Most recently, SpaceX, the rocket company of the Tesla-Chefs Elon Musk, employees prohibited from using the software because of “significant privacy and security concerns”. The US space agency Nasa, one of the largest SpaceX customers, has also banished Zoom from their computers.

The SPD politician Zimmermann advised, however, to subject every other service to a critical review. “For many technical solutions that have been used in emergencies in the past few weeks, consolidation must now take place,” said Zimmermann. “Above all, it is important to check for what purposes a service should be used.”

Hamburg-based data protection officer Johannes Caspar expressed similar concerns as German politicians and advises against using the video conference app Zoom. “Zoom has certainly lost confidence in the past,” Caspar told the Handelsblatt. There are definitely user-friendly and transparent alternatives for video communication services. “Nobody is forced to remain loyal to a provider here.”

With the compulsion to abstain, which has affected public and private life in response to the coronavirus, Caspar is seeing a rapid acceleration of digitalization. “Electronic communication for digital learning in schools and universities, the communication between individual areas of the home office in the world of work, but also the connection between people in clubs, associations and organizations, as well as in general in the private environment, has triggered a rush to digital services that has so far been without comparison, ”said the data protection officer.

The “extreme pressure of demand” often leads to quick solutions that focus primarily on efficiency. However, the example of zoom shows, according to Caspar: “It is not enough to not only reach the respective user groups in some way, but it must be about developing sustainable and reputable solutions and integrating data protection and data security even under the current conditions.”

According to Caspar, the world will change “profoundly” with the corona crisis. “Digital innovations are the key to mastering new challenges.” However, intelligent options and ways into the future required self-determined users and transparent services. “The many, almost daily changing offers of video communication services make it difficult to make an informed choice.”

In future, the data protection supervisory authorities will have the central task of providing advice and information. “In the future, the transparency of providers will have a much greater importance for the use of communication services,” emphasized Caspar. “Only then can the rights of those affected be protected.”

‘The junk monster’, the cry of seeing the disaster in Zaldibar