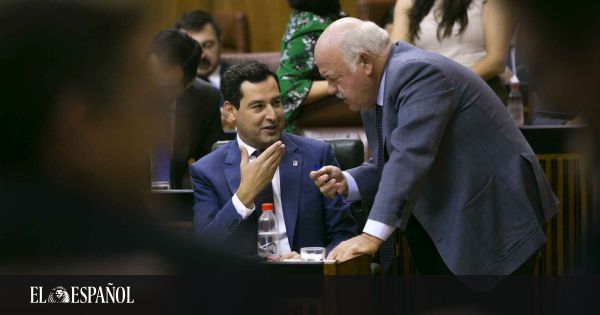 The autonomous communities have realized that vaccination schedules are offered at Ministry of Health need to expand. For this reason, several regional governments are betting on increasing their reserves of public vaccines thanks to their own funds.

The last was Andalusia. After winning an absolute majority in the 19-J elections, the PP plans to expand. six new shots your immunization schedule. A promise in your program that the Council wants to put into action now, which will make the region in which you have The most complete free vaccination calendar in Spain.

These new punctures Juanma Moreno’s team wants to activate divided into two categories: those that are added to the calendar (i.e., families used to pay for them out of pocket) and those that are already free for part of the population, but the target group will be expanded.

Among the new vaccines, the one that acts against the human papillomavirus for 12-year-old men. So far, this vaccine is not free for boys, but it is for girls. Only the communities of Balearic Islands, Galicia and Catalonia announced that it will be subsidized from the 2022-2023 school year for boys.

With Andalusia, the number of regions applying it will rise to four, thereby responding to a claim from the scientific community. In 2015, there Spanish Pediatric Association (AEP) recommends its integration into the calendar to prevent tumors that this virus causes in men and to end severe forms of persistent HPV infection.

Currently, parents are required to pay for this vaccine voluntarily if they want their son to be vaccinated. In Spain, the national calendar covers only 12-year-old girls in two separate doses by 5-6 months.

From this age, and up to the age of 18, only women who are not vaccinated or partially vaccinated are free. And if they are over 15, they are given three doses.

Another vaccine that Andalusian PP promises to put free in its calendar is that of the two rotavirus in infants. At the moment, both Rotarix and RotaTeq (the two vaccines that are marketed) are not funded by the public health system, so you have to pay the full cost of pharmacies.

They are free only for premature babies less than 32 weeks of age of pregnancy. Rotavirus causes acute gastroenteritis and is common in younger children. It is the main cause of hospital admission for acute diarrhea in our country.

The Andalusian PP also includes “systematic vaccination against hepatitis A at 12 months”. In Spain, it is recommended to vaccinate people who have an “increased” risk for hepatitis A infection, especially in developing countries.

Experts in the field consider that universal vaccination of all children would be ideal, as an optimal strategy for the eventual elimination and control of this disease, but the proposals are poorly developed.

So far only Catalonia, Ceuta and Melilla has incorporated universal pediatric vaccines against hepatitis A, according to sources from Spanish Pediatric Association.

Junta de Andalucía will also include influenza vaccines in children under 6 years and over 60. Currently, only risk groups are considered to be. over 65 and pregnant as stated in the calendar of the Ministry of Health.

Minimum vaccination schedule is set by the Ministry of Health.

But it’s not just a matter of minors. The Juanma Moreno health program includes pneumococcal vaccine and 20-valent vaccine (extended adult cohorts in the age range of 60 to 75 years) and the dose against herpes zoster in people over 65 years of age and over 18 years of age in a situation of severe immunosuppression.

In regard to herpes zoster, In Spain there are 9 communities that have added antigens to their calendars. Specifically, the Balearic Islands, Castilla-La Mancha, Castilla y León, Catalonia, Galicia, Madrid, Murcia, Basque Country and Valencia.

With these shots, Moreno Bonilla will put ice on the cake in one of the most comprehensive regional calendars to date. And it is that, since November 2021, Andalusian children have also been included in their calendar vaccine against meningococcal serogroup B, one that causes the largest number of cases in Spain.

This vaccine is not included in the national calendar and is only administered free of charge in four autonomous communities: Canary Islands, Castilla y León, Catalonia and Andalusia. In the rest of the Autonomous Communities, parents must pay an average of 300 euros per child.

Electoral program of the PP for the elections of 19-J in Andalusia.

The air People’s Party arrived at the Government of Andalusia, in 2019, he promised and Andalusians to eliminate the regulation of drug auction. The purchasing model excellence of the socialist government only survived in the fief beyond Despeñaperros and the PP was clear that it was not solvent and, moreover, it was “not necessary”.

A later legislature and a pandemic, the PP is once again in order Andalusian government and, on this occasion, with an absolute majority. For this reason, Juanma Moreno has complete freedom when it comes to eliminating models of buying this drug from the Ministry of Health.

The future fall of the auction system is a historic struggle between the health model of the PP and that of the PSOE. In fact, the central government, when it was governed by the People’s Party, resorted to up to three times of the Constitutional Court the auction model that is used in Andalusia, and the PSOE to handle the order of the Council.

To clarify why Moreno Bonilla has not yet been able to eliminate the auction model, it is necessary to understand that there were some signed contracts that are still in force. In addition, the pandemic has slowed times.

According to sources in the Ministry of Health, most of the commitments made by the Socialists ended at the end of 2020. Since then no new contract has been signed and the promise is amending the Andalusian Pharmacy Law who started them. This will be officially deleted. 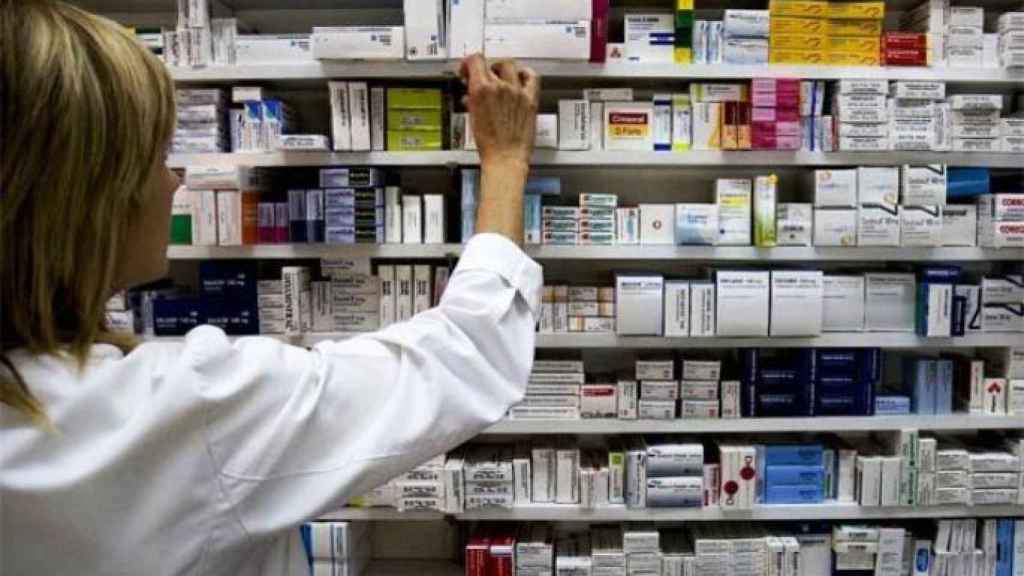 Stock image of a pharmacy.

Andalusian models launched by the PSOE collide with the principles of the General Health Act, through which the Ministry has a system of authorization and pricing at the national level. What is intended is that all Spaniards can access some basic medicine on equal terms.

But in 2012, the Andalusians decided to implement their own auction system where the Ministry of Health massively bought the most commonly prescribed medicines in the public system. A) Yes, The Board carried out a contest with pharmaceutical companies to present their bids.

The cost across this purchase model is usually lower (and this has been confirmed by several studies), but it creates supply problems. As everything is linked to one manufacturer, if this company has stock issues, it will condition the supply of an entire population.

In fact, during the year the Andalusian Ministry maintained this auction model, several companies received fines for breach of contract. Even at halfway through the deal, some labs waived the drug supply, which meant that, until another lab could take over the tender, the drug was not available in the market. Andalusian public system.

ONLY ON THE BOX: Antek Królikowski WALKING INTO THE HOUSE AND ALREADY MEETS NEW NEIGHBORS … (PHOTO)