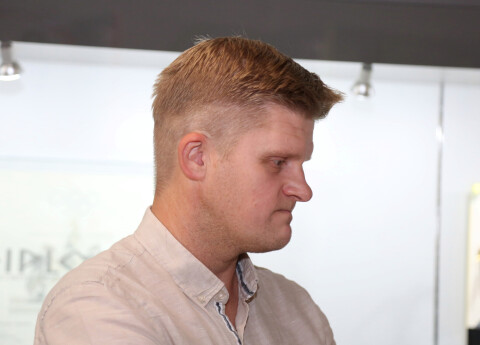 According to Ivita Bidere, the press secretary of Latvenergo AS, the company she represents has been supporting the participation of the most outstanding physics students in the Olympics for the fourth year in a row.

The remote Olympics was organized by Lithuania from July 17 to July 25 and gathered 370 participants from 76 countries.

Although Vītiņš went to the Olympics with concerns about his performance, because the preparation time coincided with the submission of applications for studies, in addition to his knowledge, he also considers his ability to give up. In turn, evaluating the Olympics and competitors, Vītiņš believes that all participants in the Olympics are strong problem solvers, because they have been at the forefront of their country’s selection.

“Of course, teams from big countries have an advantage, because in these countries the level of difficulty of the selection stages is comparable to the International Olympiad itself, so the members of these teams are usually the most successful solvers,” said the bronze medal winner.

Spūlis, on the other hand, said that solving this year’s tasks seemed very exciting, and the five hours allotted for solving both days ran “on the wings of the wind”. “During the Olympics, I worked with genuine joy and concluded that my decision to continue studying physics after high school was quite right,” Spūlis emphasized.

According to his observations, an interesting situation can be observed in the Olympics in Latvia – the list of participants during his experience has been almost unchanged. He reads the same names on the lists of laureates every year, stands next to the same people on the podium year after year, and practically the same group of Olympians is in mathematics, physics and other Olympiads. As a result, a group of like-minded people has formed, in whose circle it is difficult to see each other as a competitor.

The entrepreneurship and abilities of young people were highlighted by the director of the Non-formal Education Department of the State Education Content Center: Agra Bērziņa, saying that these young people participate with high achievements not only in their school, city, Latvia, but also in international competitions and competitions. their abilities and abilities, to succeed and to feel satisfied.

At the same time, Bidere pointed out that in 2020, due to restrictions imposed in several countries, the 51st International Physics Olympiad did not take place.

More than 2,000-year-old ancient Roman ship loaded with wine bottles found off the coast of Sicily

After contact with a Covid-19 patient, four LTV representatives have been self-isolated in Tokyo

From August, Covid-19 tests will only be available for a fee

Returning to its normal pace, the NBA has issued guidelines for the 2021-2022 season