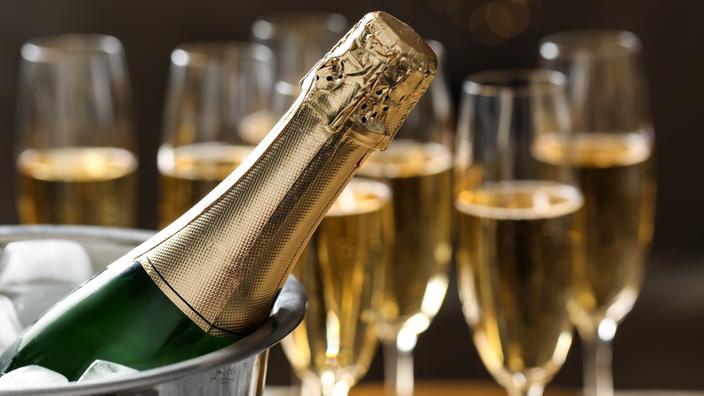 The new “Terroirs & Vignerons de Champagne” group will represent 9% of the surface area of ​​the Champagne vineyard.

Grow to develop even more internationally where growth is now located: a few days before Christmas, a new champagne giant was born on Wednesday from the merger of two winegrower cooperatives who alone will cultivate 9% of the illustrious vineyard.

Read alsoFrench agricultural cooperatives are arming themselves against their rivals

The Regional Cooperative of Champagne Wines (CRVC, Champagne Castelnau) will be absorbed by the Center vinicole-Champagne Nicolas Feuillatte (CV-CNF). The new cooperative group will have 6,000 winegrowers and 3,000 hectares, or nearly 9% of the agricultural surface of the Champagne vineyard, the only one authorized to write “champagne” on its bottles. It will certainly remain far behind the number one in the sector, the luxury group LVMH, which owns the brands Moët & Chandon, Ruinart, Veuve Clicquot, Krug, Dom Perignon, etc. But it will compete with the other great champagne, including Lanson, Pernod-Ricard with the brands Mumm and Perrier-Jouët, Vranken-Pommery Monopole and Laurent-Perrier.

Nicolas Feuillatte champagne is already the leading brand in France and the third in the world by volume. In France, it is sold in supermarkets in an “accessible luxury” positioning (from 19 euros per bottle). But also, with a “more sophisticated” range, in wine merchants and hotel-restaurants.

Prepared since 2020, this merger is “An unprecedented event in Champagne for 25 years”, ensures the new grouping in a press release. It was voted “Very widely” by the extraordinary general meetings of the two entities, held consecutively on Wednesday. It will be effective from December 31.

The new group “Is in line with the concentration of players in the Champagne region and the restructuring of the cooperative model”, underlines CV-Nicolas Feuillatte. Called “Terroirs & Vignerons de Champagne”, he means “Provide appropriate responses responding to different market segments, preserving brand equity, focusing on international markets, and without giving in to the pressure of promotions”, underlines the press release. The merger goes “Optimize the skills, complementarities and positions acquired when Champagne comes out of confinement caused by the Covid-19 health crisis and regains growth”, had underlined the two organizations in October.

With “A production potential of 24.5 million bottles”, the group’s ambition is to reach the threshold of 300 million euros in turnover, as well as 5% market share by volume, “By accelerating the development of houses after five years and a new organization allowing the achievement of strategic objectives”, specifies the press release. “Faced with the downward spiral in vineyard sales observed since the last crisis in 2008, the loss of 40 million bottles on the French market, we must admit that the sources of growth are now found on export”, explained Véronique Blin, president of the CV-CNF in a recent interview with the magazine Wine-making Champagne. CV-Champagne Nicolas Feuillatte achieved a turnover of 212 million euros in 2019, and brings together 5,000 winegrowers and 72 cooperatives. It absorbed the CRVC, smaller with 55 million euros in sales, which brings together 723 winegrowers and 23 cooperatives.

Since 2020, the administrators and directors of the CV-CNF and the CRVC have been working together to bring their two organizations closer together. A crucial step was taken on October 22 with the validation of a “Merger treaty” by the two boards of directors meeting separately. But they had to obtain a two-thirds majority in each general assembly for the merger to be validated. The group’s general manager will be Christophe Juarez, who already holds this position at Nicolas Feuillatte.

this is how to play a “triple-A” on the iPhone

Comments on: Many have not noticed the nuances of Catherine Middleton and Prince William’s latest Christmas photo session – Jauns.lv