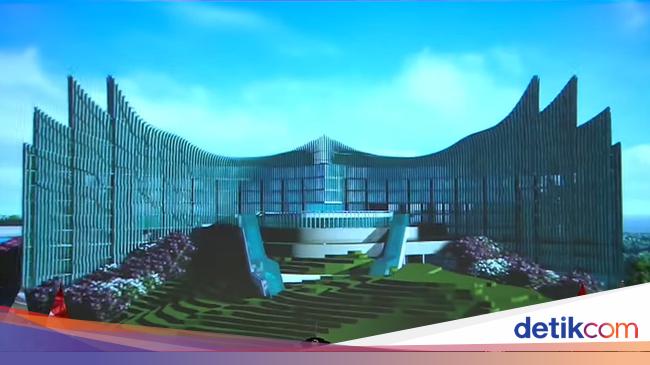 The Ministry of Finance (Kemenkeu) is racking its brains about the use of government buildings in Jakarta. This is related to the plan to move the country’s capital city (IKN) to East Kalimantan.

The Director General of State Assets at the Ministry of Finance, Rionald Silaban, said that currently, state assets in Jakarta are around Rp. 1,400 trillion. Of that amount, there may be Rp 300 trillion in idle assets that can be utilized after the capital city has moved.

“The bill (IKN) already has an order that the finance minister must prepare a program related to the use of these assets. From our records, in Jakarta there are government assets of around Rp. 1,400 trillion, but from that which can later be categorized as idle, the figure is still not fixed, maybe around Rp. 300 trillion,” Rio said in a joint hearing with Commission XI of the Indonesian House of Representatives, Wednesday (26/1/2022).

“For example, a state palace or a house of worship owned by the government or regional offices that must still be in Jakarta. Well, maybe from around Rp. 1,400, it is around Rp. 300 trillion, which we estimate we can use,” he added.

Even so, Rio said the use of idle assets would depend on the transfer plan.

“So when the transfer is clear, then the assets can be utilized,” he added.

In the draft of the IKN Law, it is explained that in the context of relocating the state capital, state property previously used by Ministries/Institutions in the Province of the Special Capital Region of Jakarta must be transferred to the minister who administers government affairs in the financial sector.

Management of state property can be done in two ways, namely transfer and utilization. “Basically, we want to ensure that the state gets the optimal one,” said Rio.

Also watch the video ‘The New Capital City in Kalimantan is Assessed as Vulnerable to the Impact of the China-US Conflict’: