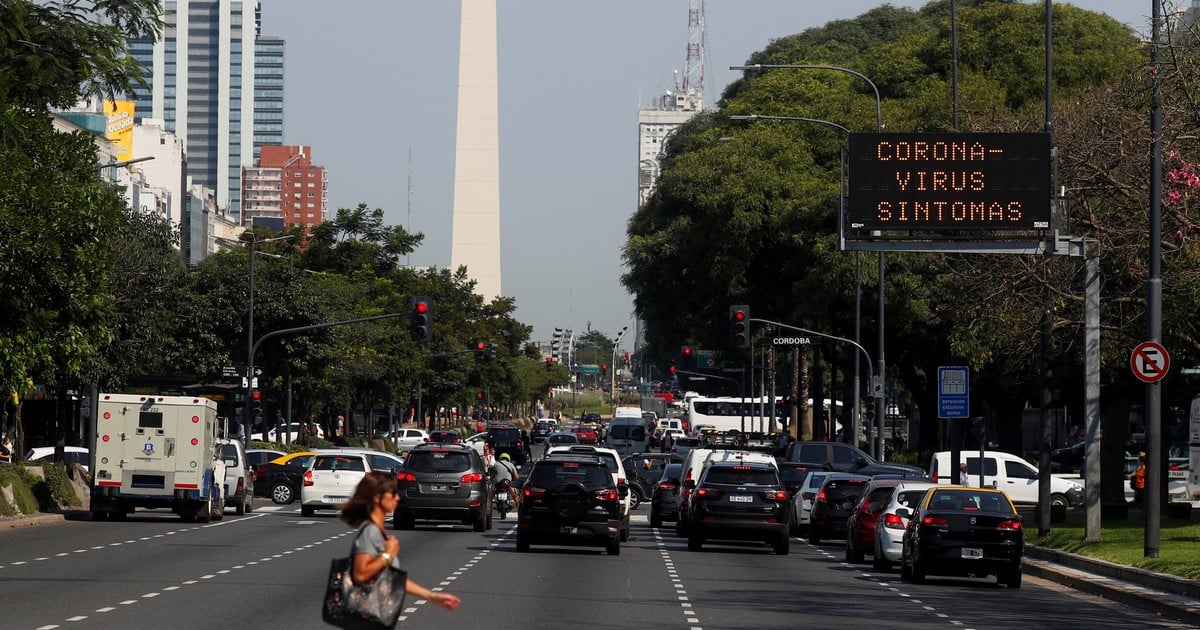 The Government controls foreigners in hotels and sends information to the provinces of the Argentines who entered the country during the last 15 days to verify that they comply with the mandatory quarantine decreed by the President. Alberto FernándezTo contain the coronavirus. Only in Santiago del Estero there were 7 detainees. They multiply joint operations with national and local forces in the City.

The Directorate of Migrations, which reports to the Ministry of the Interior, carries out controls together with the local authorities of each district. In the Executive they maintain that there will be expulsions to foreigners and penal sanctions for Argentines, as indicated by the head of state.

The 14-day isolation is to prevent circulation of the Covid-19 and is mandatory. It is the health of 45 million Argentines. We all have to be responsible and @alferdez He instructed us to use all the tools of the State to enforce the sanitary measures provided.

“Argentines who returned from Europe, the US, South Korea, China and Iran and also foreigners who entered the country from those destinations must comply with the presidential decree of quarantine for 14 days. In this framework, the National Directorate of Migrations (DNM) is sending to all the provinces the information of people who must be in quarantine so that the competent authorities verify their compliance, “Interior Minister Eduardo said through his Twitter account. Pedro’s “Wado”.

To proceed with the arrests of Argentine citizens or with the expulsion of foreigners who do not comply with the mandatory isolation, the security forces must inform the Justice, who define whether they order the arrests.

The Directorate of Migrations strengthens the controls in the 237 border crossings with the sending of instructions.

They inform how to proceed in public places, hotels, what the quarantine means and who should undergo it to optimize health controls. “It is a way to centralize official information, in the middle of so many versions,” they explained in the government.

The Executive focuses especially on the land steps.

Argentines who returned from Europe, the US, South Korea, China and Iran and also foreigners who entered the country from those destinations must comply with the presidential quarantine decree for 14 days.

On Friday, in Santiago del Estero, seven people were arrested for violating official protocol by order of the prosecutor on duty Sebastián Robles, as reported by provincial sources.

Four are Italian engineers, who came to control a work and did not comply with the mandatory quarantine. Now they remain isolated in the Independence Hospital.

A special room for quarantine was set up in that health center. There, another of the detainees was transferred; a 66-year-old from Buenos Aires who returned from Spain on March 2 and did not comply with the isolation.

Prosecutor Robles accused them of violating articles 205 and 239 of the penal code and violating the national health emergency, according to provincial sources.

Meanwhile, the local road police delayed two people from Chaco who were driving 250 kilometers from the Santiago capital. One of them had a chinstrap and symptoms similar to those of the coronavirus. After an exhaustive control, they were released and are already at their home in Lapachito, Chaco. Several of the police officers who participated in the proceedings also had to undergo quarantine.

In the City of Buenos Aires, lines 107 (from SAME) and 147 received a total of 15 thousand calls from Buenos Aires who denounced neighbors for violating their respective quarantines. The City Executive ordered that these complaints be forwarded to the Migration Directorate, which reports to the national government.

In the Capital, Migrations carries out joint operations with brigades of the City Police and with the Tourist Police. In a central hotel for example, there were problems with a English couple who refused to comply with the quarantine.

The police forces consulted the federal judge on duty Marcelo Martínez de Giorgi for the possible violation of the presidential DNU. The magistrate has the power to stop them, investigate them and proceed with the expulsion.

Meanwhile, on Friday a dance club (class c) in Flores and a bar in Palermo were closed for violating the decree of Horacio Rodríguez LarretaIt does not allow crowds of more than 200 people.

The President commissioned De Pedro and Security Minister Sabina Frederic to verify the situation at the border crossings. On Friday they both mobilized to Puerto Iguazú, on the Triple Border, where 11 million people circulate per year. Controls will continue in the coming days.

The measures are in addition to the thermal cameras that were installed at the Ezeiza international airport.

“We will strengthen sanitary controls at all points of entry to Argentina. We will be very strict in monitoring the movements of people on our borders,” Fernández had announced during the national network last Thursday.