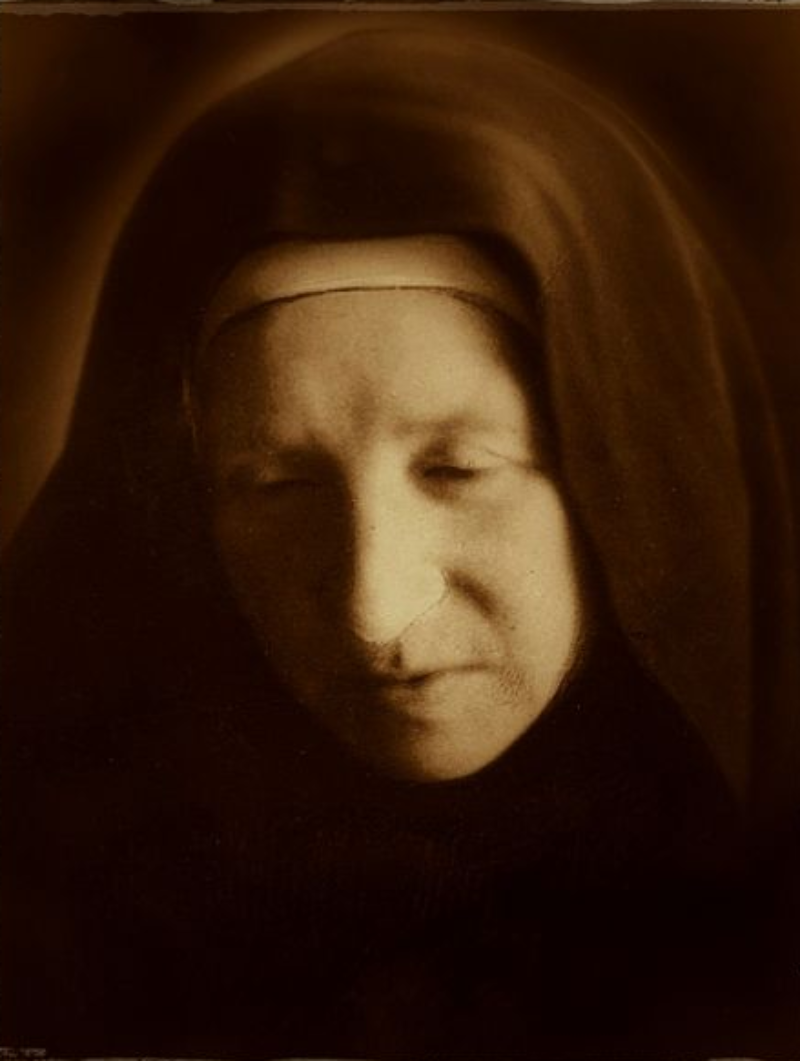 Róża Czacka was born on October 22, 1876 in the Branicki Palace in Biała Cerkiew in the Borderlands. She was the daughter of Feliks Czacki of Świnka coat of arms and Zofia née Ledóchowska. When Róża was six, her family moved to Warsaw and lived in the Krasiński Palace on Krakowskie Przedmieście, and later in the Janaszów Palace on Zielna Street. In her life, from childhood, a very important role was played by her grandmother, Princess Pelagia Czacka née Sapieha, who cared for the spiritual development of her granddaughter and encouraged her to pray and worship the Eucharist.

In 1894, Róża Czacka fell off her horse during a ride. She had had trouble with her eyesight before, which was a hereditary condition in her family, but the accident resulted in a complete loss of vision. From 1898, Róża was completely blind. The family tried to help her, but medicine was powerless and no operations or medical consultations were effective. Róża had to come to terms with her disability. A breakthrough moment was supposed to be a conversation with a doctor, Bolesław Gepner, who – although he deprived Róża of any illusions about the possibility of being cured, at the same time poured consolation into her heart. He advised a blind young girl to take care of other people suffering from the same ailment, as no one in Poland has dealt with them so far.

Róża Czacka took the doctor’s words to heart, although at first she had to adapt to the new situation herself and learn to live with her disability. She mastered the Braille alphabet and became interested in the achievements so far in the field of typhlology (science dealing with vision loss).

On November 19, 1908, on the initiative of Róża Czacka, the Society for the Care of the Blind was established. Two years later, she founded a shelter for the blind in Warsaw, which she financed from her own funds. In 1911, new institutions were established where the blind could receive care. These were, among others a nursery for the youngest children, a primary school, a Braille library and workshops during which the blind learned practical skills. The Society grew and over time it was moved to a new, larger seat at Złota Street in Warsaw.

Róża Czacka made the decision to start a religious life during the First World War. On August 15, 1917, she made her perpetual vows and assumed the Franciscan habit, taking the name of Elizabeth after the Crucifixion of Jesus. From July 1918, she lived in the company of the Society for the Protection of the Blind at ul. Polna in Warsaw. The Congregation that Roża Elżbieta Czacka founded took the name of the Congregation of the Franciscan Sisters Servants of the Cross. His charism was to serve the blind. On December 1, 1918, after receiving the necessary permits, new candidates began to join the Congregation. Róża Czacka was officially appointed Superior General of the Congregation in February 1923.

From May 25, 1918, the Apostolic Nuncio Achille Ratti, later Pope Pius XI, stayed in Warsaw. He was one of the spiritual advisors and guides of Róża Czacka.

From May 1921, the construction of a larger center for the blind was carried out. The caretaker of the entire project, commonly known as the Work of Lasek, was priest Władysław Karśmieowicz. Centers located in various places began to be moved to Laski. Blind children from poor families were brought there, who could attend school in Laski, and learn various practical activities, thanks to which they could later find a job. The house of the Congregation of the Franciscan Sisters Servants of the Cross was also established in Laski.

Laski near Warsaw was teeming with life. In addition to the school and workshops, there was a bookstore, publishing house, library and a retreat house. Róża Elżbieta Czacka was invariably involved in all activities. The chicks were created thanks to her work and determination, although of course with the help of many kind people.

In 1922, Róża’s mother fell ill with breast cancer and underwent two operations. Though weakened, she did not quit her job. She was still working to improve the lot of the disabled. Róża Czacka directly contributed to the creation of the Braille system, which was adopted as binding in Poland. 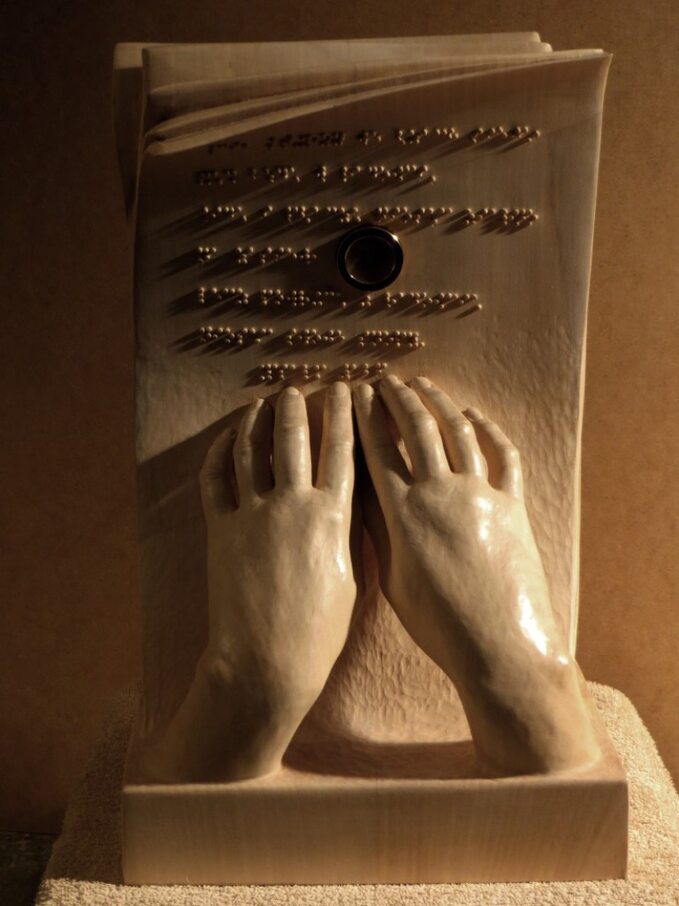 During World War II, when the Germans bombed Warsaw, Róża Czacka was wounded in the head and lost her eye. At that time (in the years 1942-1945), the later cardinal, and then priest Stefan Wyszyński, worked in Laski.

Róża Czacka’s health condition was systematically deteriorating. She tried for a long time not to quit her job, but after a stroke in 1948, she had to resign as Superior General of the Congregation. Her sister Wiesława Benedykta Walicka-Woyczyńska was her successor. In the last years of her life, Róża Elżbieta Czacka was very sick. She died on May 15, 1961 in Laski. Four days later, her funeral took place, chaired by Cardinal Stefan Wyszyński.

The work of Lasek, about which Mother Elizabeth said “This work is of God and for God”, continues. The center is a thriving institution and has been helping blind and partially sighted children and adults as well as their families for years.

Already at the time of her death, the closest associates of Róża Czacka were convinced of her sanctity. The process of elevating her to the altars has been going on since the 1980s. In 1988 she was recognized as the Handmaid of God. On October 9, 2017, with the consent of Pope Francis, the decree on the heroism of her life and virtues was promulgated – she was therefore entitled to the title of Venerable Servant of God.

See also  The Mercedes-Benz C is here in a new generation. Recall the current generation of baby benzo

On September 12 this year, the beatification of Róża Czacka, Mother Elizabeth, will take place in Warsaw.

The reliquary was designed by Sister Albert Chorążyczewska, a Franciscan handmaid of the Cross. The sculpture was made by Marek Szala. It shows the hands of Mother Elizabeth reading the Holy Bible in Braille. The Scripture shown is Psalm 26, which Mother Elizabeth read shortly before her death (Those who sow in tears will reap in joy / They go and weep carrying the seed for sowing / but they will return with joy carrying their sheaves).

As described by the authors of the website devoted to the beatification process of Róża Czacka:
– The capsule prepared for her relics is placed between the words of the psalm – in the very center of the Braille text. The cast of Mother Elisabeth’s hand, made during her lifetime, was made in order to show the blind pupils Lasek what the correct arrangement of fingers should be when reading Braille. We trust that such a composed reliquary will also be “legible” for the blind who will gain the Advocate in the future Blessed.