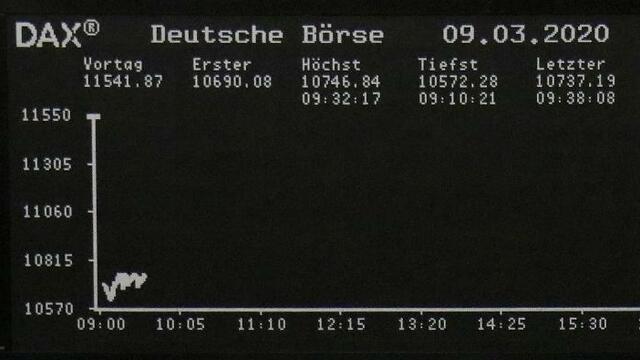 Portfolio manager Thomas Altmann from QC Partners spoke of a “real bloodbath. The oil war is now added to the fight against Corona, ”he said. “Investors flee from everything that has risk.” Investors are driven into German government bonds that are considered safe. The trend-setting Euro Bund Future rose in the morning by 0.98 percent to 178.00 points. The yield on the ten-year federal bond fell 0.11 percentage points to minus 0.828 percent.

Dax slumps more than seven percent at the start of trading

Coronavirus: Dax falls more than seven percent at the opening