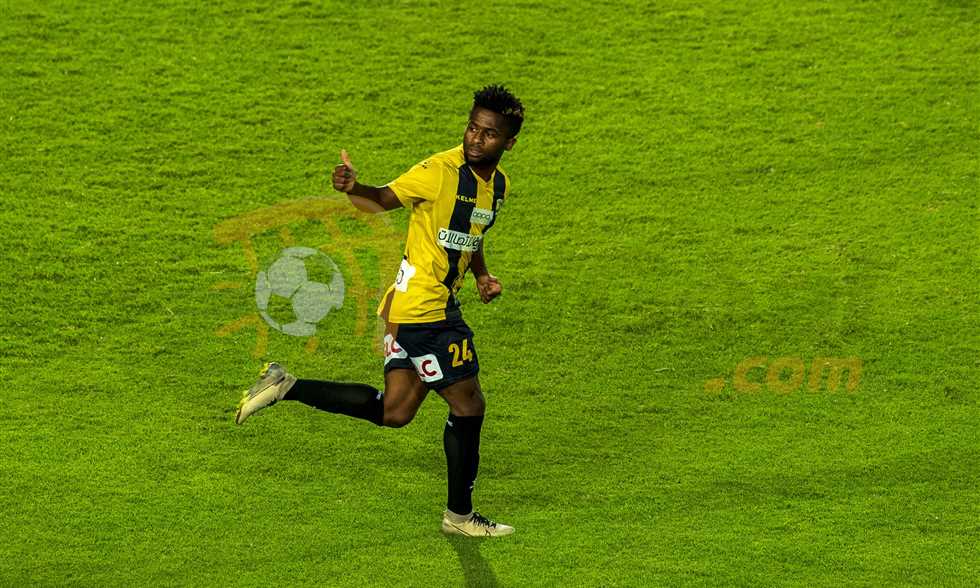 The Arab Contractors achieved its first victory in the Egyptian League for the current season at the expense of Al-Ahly Bank, with a score of 2-0 in the fifth round of the Egyptian Premier League today, Wednesday.

The first victory in the league .. The Arab Contractors defeats Al-Ahly Bank 2/2
Al-Mokawloon scored the double, Lewis Edward in the 58th minute and Seif El Din Jaziri in the 85th minute #Liga_On_WATCHiT pic.twitter.com/Hv2OBUdA8X

The contractors do not lose when Louis Edward scores. Last season, the Colombian player scored in 7 matches, which all of the mountain wolves won.

The start of the match was strong, as Ahli Bank striker Ahmed Ali scored a goal in the first minute after a cross hit the head of Mohamed Basyouni, who passed it to Ahmed Ali and settled it in the net.

Video referee technology reviewed the shot for a minute, before deciding to cancel the goal due to a handball on Ahmed Ali.

The contractors almost scored the lead after an excellent pass from Louis Edward that reached the head of Muhammad Majali, but Mahmoud Al-Zanfali, Al-Ahly Bank goalkeeper, shone and deflected the ball brilliantly in the 16th minute.

Al-Zanfali starred again in the 40th minute after Mohamed Essam snatched the ball from Mohamed Samir, the National Bank defender, and fired on the National Bank’s goal, but the goalkeeper saved his goal.

Mohamed Hamdi Zaki sent a very strong shot in the 54th minute, which was blocked by Al-Zanfali, who presented a very distinguished performance.

Mohamed Samir passed a long pass to Louis Edward in the 58th minute to reach Louis Edward, who scored a goal after a well-done shot.

Video referee technology reviewed the shot for a minute to suspect an offside and then agreed to count the goal.

Al-Ahly Bank defender Osama Ibrahim almost scored his own goal in the 75th minute, after a cross hit the player and hit the Al-Zanfali goal post, but it passed safely.

The Arab Contractors scored the second goal in the 85th minute in a very wonderful way, a cross from substitute Abdel Rahman Farouk and reached Seif El Din Jaziri, the substitute in turn, who scored one of the most beautiful goals of the season with a scissor.

This victory is the first for the Arab Contractors this season after 3 consecutive losses in the league. It is also the second loss for Al-Ahly Bank in the league.

COVID-19: It inflames but does not infect the brain