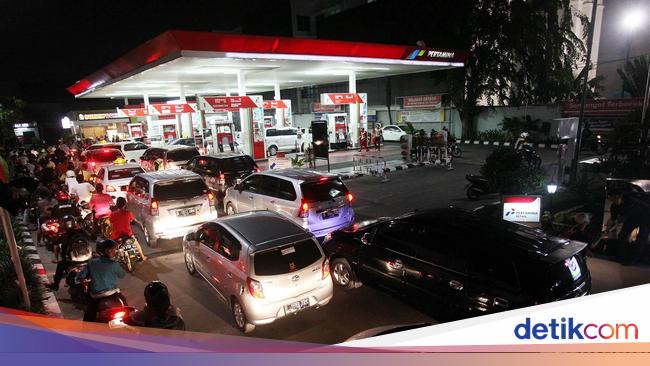 The Ministry of Energy and Mineral Resources (ESDM) revealed that it would make a number of efforts to achieve the 2060 net zero emission (NZE) target. One of the government’s efforts is to stop the sale of gasoline-fueled motorcycles and cars.

The plan is that motorcycle sales will be stopped starting in 2040. This is also accompanied by a number of other targets to achieve zero carbon emissions.

“In 2040, the NRE mix has reached 71% and there are no PLT Diesels operating, LED lights are 70%, there are no sales of conventional motorcycles, and electricity consumption reaches 2,847 kWh/capita,” as quoted from the press release of the Minister of Energy and Resources. Mineral (ESDM) Arifin Tasrif was quoted on Thursday (14/10/2021).

In the next five years, the government plans to build the first nuclear power plant (PLTN) starting with COD. “We are also considering the use of nuclear energy which is planned to start in 2045 with a capacity of 35 GW until 2060,” added Arifin.

For cars, sales will stop starting in 2050. This is accompanied by the NRE mix which is expected to reach 87% and electricity consumption of 4,299 kWh/capita.

In addition to stopping the sale of cars and motorcycles to boost electric vehicles in the transportation sector. In fact, efforts to achieve zero carbon emissions have been made since this year.

See also  Subaru achieved a Guinness Record in the United States: How did it do it?

See also the video ‘Why Gasoline Must Turn Off the Engine?’:

Continue to the next page.