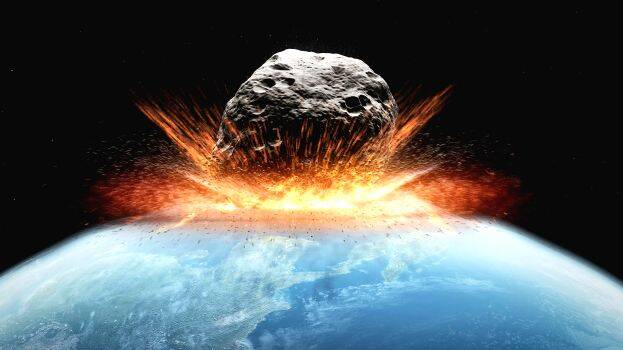 New York: A giant asteroid larger than the Empire State Building in New York, the Statue of Liberty and the Eiffel Tower in Paris are targeting Earth. ! The US space agency NASA has announced that asteroid 388945 (2008 TZ3) will pass close to Earth at 2.48 am tomorrow.

The asteroid is 1,608 feet wide. The height of the Empire State Building is 1,454 feet. This asteroid can cause severe damage if it hits the earth. However, it is reassuring to know that it passes at a distance of 2.5 million miles from Earth. This distance may seem distant to us, but to astronomers it is not too far away. Researchers say it is very close to Earth.

Asteroids larger than a certain size, which orbit at a distance of 4.65 million miles from Earth, are classified as “high risk”.

Space agencies, such as NASA, are currently conducting research to prevent asteroids that could pose a threat to Earth. An example of this is the recent Dart (Double Asteroid Redirection Test) mission launched by NASA with the goal of crashing the asteroid and changing its direction.

Expect the most expensive hotel rooms this summer

Katalin Novak has a different position than Orban towards Putin. Who is the first president of Hungary? | World News