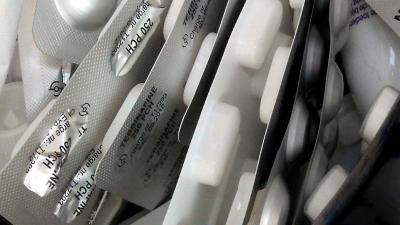 Quetiapine was marketed in 1997 by the pharmaceutical company AstraZeneca. It is available by prescription under the brand name Seroquel and is intended for people with schizophrenia, bipolar disorder, or major depression. Because the drug has a sleep-inducing effect, it is also prescribed in a low dose to people with sleeping problems. Several patients and specialists report this to Pointer in a tour. “Sleeping problems are a very persistent problem, for which people are trying to find a solution,” says clinical pharmacologist Arne Risselada. “This drug eventually ended up in general practice from psychiatry. Quetiapine in a low dose has now spread like an oil slick across the country. ”

Nevertheless, the guidelines of the Dutch College of General Practitioners (NHG) prescribe not to use quetiapine in people with sleeping problems. There is no scientific research showing that it has a beneficial effect and improves the quality of sleep. Wendy Borneman, chairman of the board of the NHG calls for quetiapine not to be prescribed for sleeping problems. “Based on our guidelines and the studies we have reviewed, I say: don’t do it. There is no reason to use it purely for sleep disorders. ”

In addition, the use of quetiapine can cause serious side effects. The Lareb Adverse Reaction Center has received a total of 950 side effects reports of quetiapine. In those reports, the indication sleep disorder was mentioned 123 times. Some side effects reported were suicidal thoughts and thrombosis. “A low dose of quetiapine can already have consequences for physical health,” says Maaike van Veen, psychiatrist at GGZ Drenthe and specialized in the use of medication for sleeping problems. “It can lead to serious obesity. People can gain 15 or 20 kilos within a year. ”

Figures from the National Health Care Institute show that the number of users of quetiapine has grown from almost 100,000 in 2015 to more than 130,000 in 2019. According to Ruud Coolen van Brakel of the Institute for Responsible Medication, this also includes people who use quetiapine for sleeping problems. “This increase has to do with the criticism of benzodiazepines. They were also prescribed for sleeping problems, but they are addictive in the long term. ”

To discourage use, the government decided in 2009 to remove the reimbursement for benzos from the basic insurance. Ruud Coolen van Brakel: “Quetiapine is seen as an alternative. But it is difficult for people to get rid of it and the withdrawal symptoms are just as bad as with benzodiazepines. Quetiapine is not a sleeping aid and it should not be used for that. ”

The coronavirus, Oslo municipality | – The City Council opens for alcohol serving in the capital