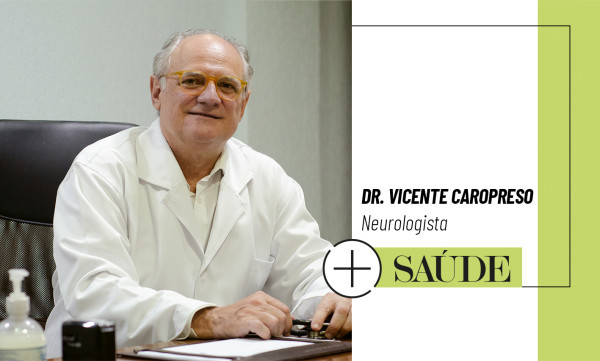 Parkinson’s disease is a neurodegenerative disease, with no known cause, it affects the central nervous system causing limitations in body movement. according to neurologist Dr. Vicente Caropreso, Parkinson’s disease occurs when there are brain cell deaths, especially the dark area. As these cells die, the production of dopamine decreases, this neurotransmitter which, among other functions, regulates movement. Data from the National Parkinson’s Foundation show that between 60% and 80% of these cells die before symptoms of the motor disease appear.

Parkinson’s symptoms can vary from patient to patient, however, in general, the main path of development is silent and progressive, almost imperceptible.

“A characteristic of Parkinson’s disease symptoms is that it begins to manifest on one side of the body, that is, it is asymmetric. Symptoms such as slowing of movement, muscle stiffness, resting tremors and mental signs may dominate on signs of motor disease. “, comments Dr. Vincent.

So as in other diseases, the biological factor and family history are risk factors for development, also influences Parkinson’s disease. First-degree families of carriers of the disease are up to twice as likely to introduce it as those without family cases. This risk can also be a combination of environmental and genetic factors, which family members have in common.

“Epidemiological studies are seeking to identify environmental toxins that, through chronic exposure in susceptible individuals, could eventually lead to Parkinson’s disease. An example of this is the trend for PD development in rural residents due to exposure to pure water and work in agriculture, where pesticides and herbicides can contribute to or cause the disease to manifest, ”adds the neurologist.

Another factor may be associated with synuclein, a protein in the brain that helps nerve cells communicate. The accumulation of this protein forms clusters called Lewy bodies in brain tissue, among them in the dark area and interferes with brain function.

See also  Why Are Clouds White but Sometimes Dark?

Exposure to these factors does not mean that, in fact, the person will have the disease, and the absence of exposure does not prevent them from developing Parkinson’s.

The older the age group, the higher the incidence of Parkinson’s disease.. In most patients, it appears at the age of 55/60 years and its prevalence increases from the age of 70 years.

“The change also comes in the form of the patient, especially in the inclusion of continuous aerobic exercise in the patient’s daily life. In some cases, physical therapy may be needed to improve your sense of balance. In the latter case, surgery may be necessary for people with severe Parkinson’s disease. However, the surgeries are not curable, they can only help some patients to improve their quality of life “, emphasizes Dr. Vincent.

Although there is no way to prevent the disease, there are some activities that can improve the development as, for example, boxers who have repeated shocks are more prone than the rest of the population. Genetic counseling when there are several cases in the family can also help in prevention.

“Getting a diagnosis of Parkinson’s is not easy, especially because there is no cure, it can scare some patients, family members and loved ones. However, it is necessary to stick to the good news: the disease has several effective treatments “, says Dr. Vincent.

O Dr. Vicente Caropreso (CRM-SC 3463 and RQE 618) operates in downtown Jaraguá do Sul. He has been a neurologist since 1983, a volunteer in Apae de Jaraguá do Sul. He is a state reference for the epidemiological disease Botulis and Creutzfeld-Jacob Disease (CJD) and is an honorary physician at Hospital e Maternidade São José.

See also  Official: Neymar has signed a new contract with the PSG club