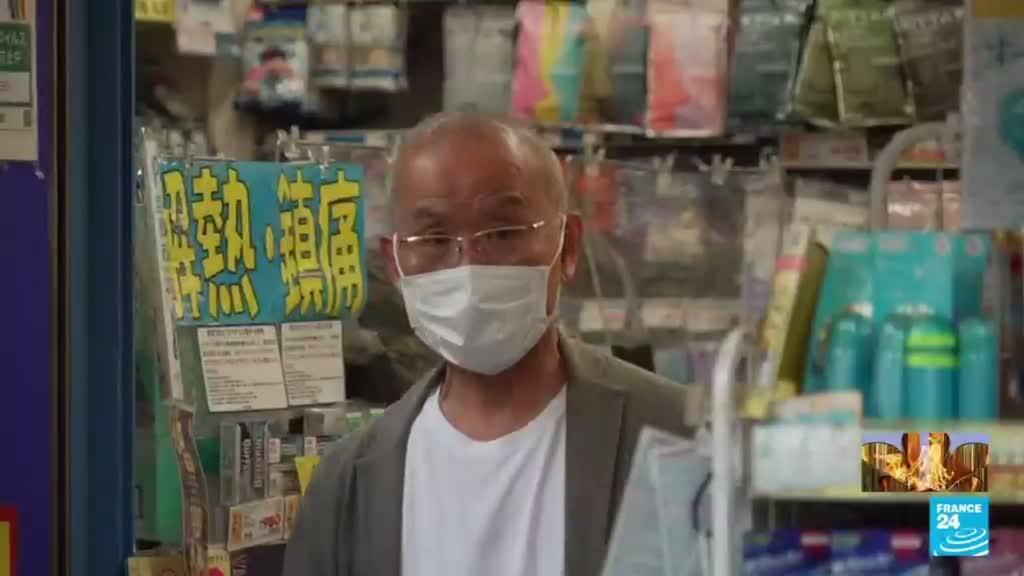 Israel was one of the most advanced countries to apply the two doses of Pfizer-BioNTech and is now starting a campaign to apply a third injection to slow the advance of the Delta variant, which has caused cases to rise among vaccinated people. In other news, Japan was forced to extend quarantine measures at full Olympics and Vietnam is going through the worst wave of the pandemic.

As vaccination continues to progress, it seems increasingly clear that a third dose of the vaccines will be necessary to curb the virus. In the nations where the most progress was made with vaccination, it has been observed how in some cases the doses developed are not enough to stop the contagion, although serious cases have practically disappeared completely.

This issue also occurs at a time when inequalities are increasingly evident at the global level with regard to access to vaccines. While in rich countries there is talk of third doses and the possible obligation of vaccination to achieve very high immunization levels, in the poorest countries, practically not even 10% of the population has been reached.

To date, almost 197 million cases have been registered worldwide, of which 4.2 million people have died according to accumulated data from Johns Hopkins University.

Here are the most important news about the world health situation this July 30:

It was something that had been sounded for months in countries where vaccination is more advanced. Israel began this Friday with the vaccination of the third dose of Pfizer-BioNTech among its citizens over 60 years old.

The last few weeks have made it clear that the emergence of the Delta variant has meant that not all vaccinated people have been able to avoid becoming infected. Although the severity is not so high, this poses a danger and that is why this reminder injection has begun to be applied to the population.

All adults belonging to this age group who received the second dose five months ago can be vaccinated with the third. Among the first has been the Israeli president, Isaac Herzog. The infections have been increasing for weeks and now they have exceeded 2,000 a day.

Israel was already Pfizer’s great testing ground at the beginning of 2021 with a very early massive inoculation with the two doses and it seems that now it will be for this third vaccine.

Although the country was one of the first to return to normal life after its accelerated vaccination, the authorities imposed restrictions on the advance of the Delta variant. Now only people who can prove to be vaccinated with two doses and have a green pass can enter closed spaces.

An internal report from the US Centers for Disease Control pointed out that the Delta variant of the coronavirus is more serious and contagious than the original virus. The same document compared the infection rate of this variant with that of chickenpox, one of the most contagious known viruses.

This variant is the most widespread globally and numerous cases of people vaccinated with the two doses that have tested positive for the disease and have even reported symptoms have already been reported.

The American newspaper ‘The Washington Post’ accessed the document, where it was ensured that vaccinated people could transmit the virus in practically the same way as unvaccinated people.


This line would be in accordance with the decision of the CDC to ask those vaccinated to use a mask again in closed or poorly ventilated places, a “step backwards” that raises controversy.

The rate of infection is such that one person could infect an average of 8 or 9 people.

Japan’s health situation in the midst of the Olympics held in this country continues to worsen. The Executive led by Yoshihide Suga decided this Friday to extend the state of health emergency until the end of August and extended it to other prefectures in the country.

Strict measures due to the pandemic are not stopping the increase in cases, which are even taking place inside the Olympic Village.

The measures will not be much of a change from what was already in place in Tokyo. Bars, restaurants and entertainment in general are prohibited, although they are not being respected on many occasions. Experts speak as possible causes of this increase in the “Olympic effect”, infections that are produced by family gatherings to watch games that are turning out to be a sporting success for Japan.

In fact, this extension is a warning on the part of the Government towards this extreme relaxation of the measures on the part of the population. Added to the Olympic Games are the summer holidays and the fact that the children do not have school so that the families can get together.

“Japanese society is facing a more serious situation than ever,” Shigeru Omi, the government’s main medical adviser in the fight against the pandemic, said more forcefully, calling on the authorities “to make a greater effort and send a message. according to the seriousness of the situation ”.

Vietnam is trying to overcome the outbreak of the disease so far as a pandemic. Since the beginning of the emergency, the Asian country has registered 1,022 deaths, an apparently low figure that contrasts with the 35 that it had reported until May of this year.

Vietnam had been listed as one of the best countries to cope with the pandemic by not reporting any deaths in the first six months of the health crisis. In fact, until May of this year, the effects of the disease had hardly been felt in the country.

However, the Delta variant of the disease appears to have accelerated infections and deaths in Vietnam. Public hospitals have begun to request help from private ones to care for patients.

The vaccination process is the main litmus test for national authorities, since to date only 5% of its 97 million inhabitants have received at least one dose.

With Reuters and EFE