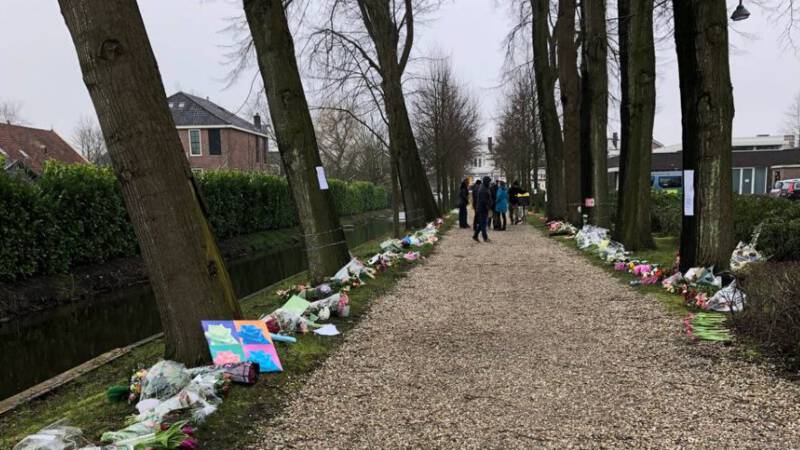 The municipality of Bodegraven-Reeuwijk is planning legal action against three conspiracy theorists over allegations of satanic ritual child murders in the 1980s. The municipality demands that the baseless stories be removed from all social media platforms within 48 hours. If not, summary proceedings may follow.

This winter, the claims of the three men led to crowds of supporters inundating the Bodegraven cemetery with bouquets and notes. The municipality then felt compelled to impose an emergency ordinance.

One of the defendant conspiracy thinkers is Joost K. The former resident of Bodegraven now lives in Spain and claims to have recovered memories of child murders, which he says he witnessed.

The man is supported by youtuber Wouter R. and the conspiracy thinker Micha K. The latter has more than six months in prison for libel and slander against the editor-in-chief of the NOS and threats against a Telegraaf journalist. He’s getting away from his sentence in Northern Ireland. K. was arrested in the capital Belfast last December but has been released on bail. The Northern Irish justice has since been considering an extradition request from the Netherlands: K. must appear on Friday afternoon.

In this video you can see the visible consequences of conspiracy theories:

The conspiracy thinkers also involve RIVM director Jaap van Dissel in their accusations. Two women were sentenced to prison last week for incitement against Van Dissel. One of them was a supporter of the conspiracy theorists who are now summoned.

The municipality of Bodegraven-Reeuwijk does not want to say whether the platforms that facilitate the three conspiracy thinkers (such as YouTube, Twitter and Telegram) are also ordered to remove the statements.

John de Mol already forced Facebook in court in 2019 to ban fake advertisements promoting bitcoins and other cryptocurrencies in his name. The case was settled. Facebook also had to filter out libelous statements about a left-wing Austrian politician worldwide after winning a case at the European Court of Justice in 2019.

4 Ways to Wrongly Handle Children When Having Eating Problems