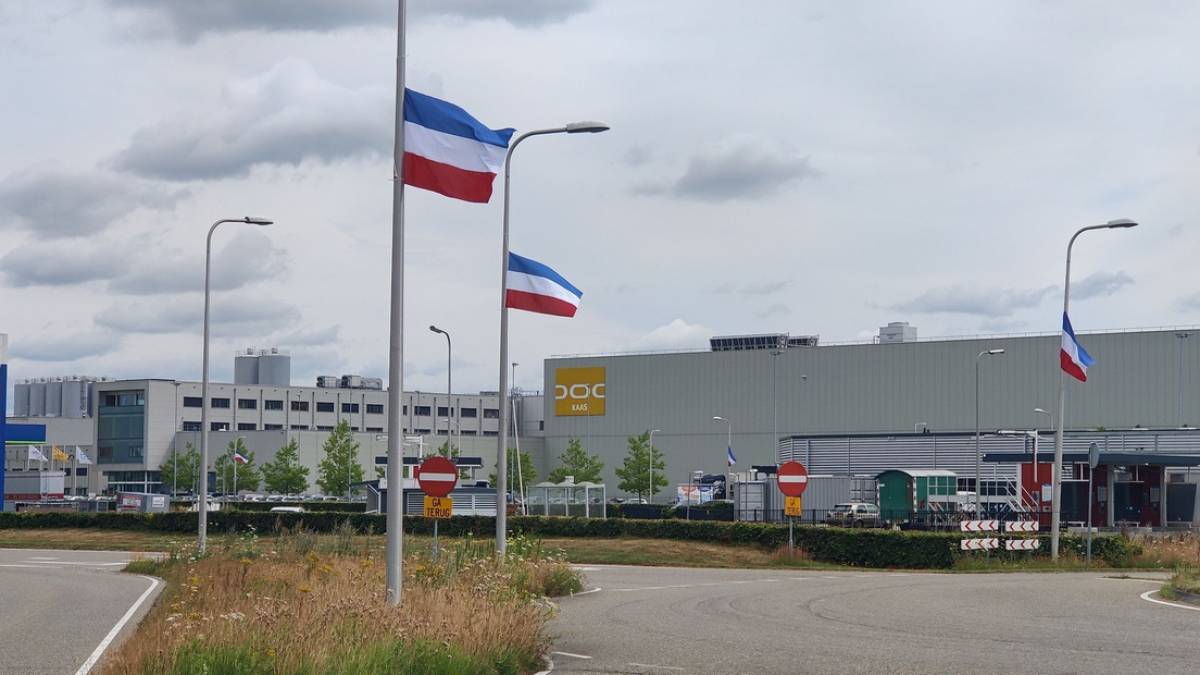 Rijkswaterstaat will remove the upside-down flags of farmers ’protests on and above the highways. “It’s not because the service agrees or disagrees with farmers, but for safety,” said a spokesman.

People driving on the highways in recent weeks have seen Dutch flags hanging upside down in more and more places. Especially on viaducts. “They can’t be properly attached to falls. And they also create a distraction for traffic.”

If a road inspector comes to such a flag and can remove it himself, he will do so. If they are in a place you cannot reach, such as on a lamp or a traffic light, they will be notified. Then Rijkswaterstaat hired a contractor.

Rijkswaterstaat cannot do anything on flags hanging on the ground or on buildings near the road.

The Hoogeveen municipality says the flag that hung on municipal property such as lamps, traffic lights and buildings must be removed before 2 pm Friday. The message on Twitter includes a photo with a flag on a lamp.

The municipality tells RTV Drenthe that it understands the situation of farmers. “Filmmakers who also want to talk to the municipality are cordially invited.”

The municipality of Oldebroek in Veluwe has already decided on Tuesday to remove the lamp flag. Mayor Tanja Haseloop-Amsing did so following a question from city council and a “rather emotional message” from a resident about what the Dutch flag means to her. “I fully understand farmers and I don’t want to act in their right to protest, but not on municipal property.”

Then the Mayor received many curses on social networks. “I didn’t anticipate that in those numbers. Exactly because we’re in very good discussions with LTO farmers’ organizations. At Gelderland, we want to reduce nitrogen emissions not only among farmers but also among other emitters. It’s also a agreement that we do this together. Then it’s very strange that there is such a strong reaction. I’m shocked that the reactions came from all over the country. “

There were also messages that he did not experience as threatening, but as intimidating. Like the message to “hang” yourself by a lamp. He shares these types of messages with police. “Borders are crossing. The climate in our country is not getting better. If they write such a message as advice, the question is whether that is punishable. But if employees and managers feel intimidated, you have to make that known. .. “

Municipality Dalfsen said yesterday that reverse flags will be removed from municipal property. “Call those who hung the flags and banners on municipal property: remove these flags as soon as possible. Do so safely and do not impede traffic.”

The municipality of Elburg informed Stentor on Monday that the protest flags that hung in the town hall on Sunday should be removed. The municipality understands the uncertainty among farmers and believes that everyone has the right to protest. “But it is not intended for municipal property to be used for that,” said a spokesman. “They’re not designed for that.”

Farmers ’protest flags also appeared on and off provincial roads. This is tolerated in at least two provinces.

“As long as it doesn’t lead to dangerous situations, we see it as a playful demonstration,” says a spokesman for Utrecht’s province. “There is no place in the law that you are not allowed to hang the Dutch flag upside down. The limit is with offensive slogans, such as racist and sexist slogans.”

Gelderland Province does not intervene either. “We do not remove the flags unless they endanger safety. We normally always do so when flowers are placed on the side of the road at the scene of an accident,” said a spokesman. “It also has to do with the occupation. Many road managers will be deployed in the coming days at the Zwarte Cross in Lichtenvoorde and at the Four Day Marches in Nijmegen.”

“Is there an Internet cafe in jail?” The company’s one-to-one network electric eye monitors employ a sigh: It’s like being in jail ｜ Apple News ｜ Apple Daily-Apple Daily TW