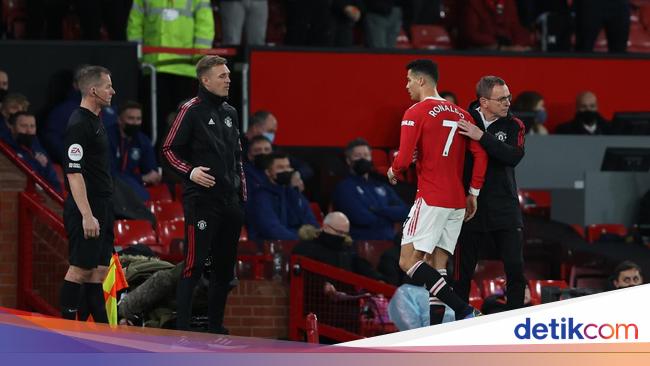 Cristiano Ronaldo has spoken about Ralf Rangnick’s performance at Manchester United so far. The interim manager is considered to still need time.

Rangnick was appointed as United’s interim manager until the end of the season. Initially, the 63-year-old gave the Red Devils a breath of fresh air.

Rangnick had brought Manchester United unbeaten in their first five matches, with details of three wins and two draws. The new defeat was swallowed when MU bent by Wolverhampton Wanderers.

In total, from seven matches, MU has packed four wins, two draws and one defeat. The Red Devils are still in 7th place in the Premier League standings with just 31 points, 22 points behind Manchester City as the temporary championship leader.

Regarding Ralf Rangnick’s performance, Cristiano Ronaldo admitted that Manchester United were a little better. However, he emphasized that the manager still needs time to be able to lift the team even better.

“He came here about five weeks ago. He changed a lot of things, but he needs time to implement his ideas to the players and on the pitch,” Ronaldo said, as reported by the Independent.

“It will take time, but I’m sure he will do a good job. We know we haven’t played the best football we should have, but we have a lot of games to improve. Since he came, in some ways we are better, but he still needs time.” Cristiano Ronaldo said about Ralf Rangnick.