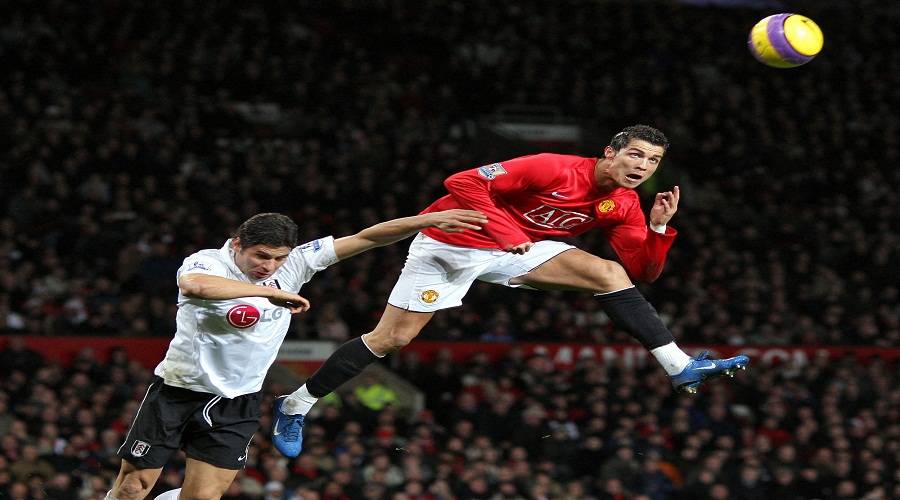 With his endless ambition and his arrogant arrogance, Portuguese Cristiano Ronaldo returns to Manchester United a man similar to the dreams of the young man who set foot at Old Trafford 18 years ago, and different in body and biography.
In 2003, Ronaldo arrived at Old Trafford as a skinny player in search of titles and returned at the age of 36 with a superhuman physique, seeking more challenges, goals, records and cups.
At a time when the majority of players of his age either retired or went to “weak” leagues to finish their careers, here he is returning to one of the strongest leagues in the world, if not the strongest, looking for a new-old challenge.
With five Ballon d’Ors, the Portuguese is still hungry after three uneven seasons at Juventus, and is ranked second behind eternal rival Lionel Messi, who has been crowned the supreme individual award on six occasions.
He finished last season as the top scorer in the Italian league (29 goals), becoming the first player to achieve this feat in three of the five major leagues, after England with Manchester United and Spain with Real Madrid.
He leaves Turin with two Serie A titles, one in the Domestic Cup and two in the Italian Super Cup. In the Champions League, although Bianconeri did not go beyond the quarter-finals in three seasons, Ronaldo consolidated his position as the top scorer in the continental competition with 134 goals compared to 120 for Messi.
With 783 goals in his professional career, including 109 goals with his country, the “Don” exceeded the impressive record of the Brazilian jewel “Pelé” (767 goals) and aspires to break the record of Czech Josef Pekan (805).
Physique
To be first, at the top, and above all, at the risk of being criticized for playing “singles” in a team sport, has always been the goal of this man of incredible muscle and physique.
To become the player the world saw in the past 15 years required unprecedented ambition, almost “unnatural”, in the words of Zinedine Zidane, his former Real Madrid coach.
It was this ambition that drove him from the small island of Madeira in the Atlantic Ocean, to the capital, Lisbon, where he set out on his own at the age of twelve. He was weak and of modest character, and was ridiculed by his Sporting companions for his accent for being from the island.
“He was angry and fighting a lot,” Jose Semedo, who also became a soccer player and remained a close friend of his, told AFP. I tried to protect him, but he was coming home crying.”
This character has caused Ronaldo dozens of red cards in his career and frequent mood swings on the pitch. Appreciated by all but loved by fewer, he built his professional career just as he built his body, through work and discipline, two indispensable features of his natural talent.
Controversial
But asceticism does not prevent the focus on self-celebration, and Ronaldo does not pretend to hide all the good things he thinks of himself. He said in 2011, “Because I am rich, beautiful and a great player, people are jealous of me.”
Wealth, annual salary of 31 million euros in Turin, diamond earrings, so Ronaldo’s life is also clearly displayed on his social media accounts: a luxurious lifestyle, luxury cars and a private plane.
But in recent years, his family life with Spanish model Georgina Rodrigues and his four children (more than one mother) has taken an increasingly prominent place in the photos in which he appears in front of his more than 334 million followers on Instagram, the site where he tops the list of the most followed people in the world. All over the world.
As he gets older, the Portuguese seems to be trying to erase his most divisive sides, even if it still sparks some controversy. As when, during this summer’s European Cup, he criticized a soft drink brand, one of the sponsors of the continental championship, or when he published a letter in the fall of 2020 in which he described the test to detect the Corona virus as “nonsense”, forcing him to miss a match against Barcelona and rival Messi because of Positive result.
Delete this message quickly because Cristiano Ronaldo should also care about his personal brand “CR7” which is now a brand of underwear, perfume, a hotel chain, as well as a museum in Madeira, where she began an extraordinary journey that will take him back to Manchester, the club with which he raised European Champions League for the first time.

Immigration: the most recent; COVID-19 vaccines at DMV

You are caught between two evils in House of Ashes