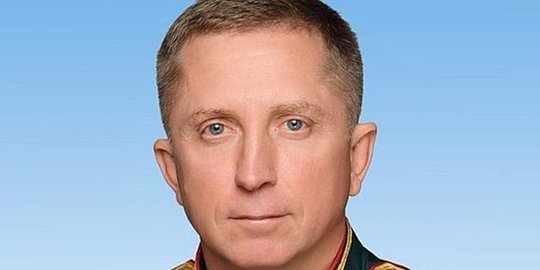 Rezantsev is the commander of Russia’s 49th joint army.

A Western official said he was the seventh general to die in Ukraine and a second lieutenant reported killed.

The low morale of the Russian soldiers was cited as the reason their senior commanders had to go directly to the front lines of the battle.

In a conversation intercepted by the Ukrainian military, a Russian soldier complained about Rezantsev’s claim that the war in Ukraine would be over in a matter of hours, four days after the war started.

Ukrainian media reported two days ago that Rezantsev was killed at the Chornobaivka air base near Kherson, which Russia uses as a command center and is frequently attacked by the Ukrainian military.

Another lieutenant general, Andrei Mordvichev, was reported killed by a Ukrainian attack on an air base.

Kherson was the first city in Ukraine to be captured by Russian troops, although there are reports that residents there demonstrate daily against the Russian occupation.

While Russia has confirmed only one of its generals was killed in Ukraine, Kiev and Western officials believe that seven Russian generals have died since the war began.

However, the death of Major General Magomed Tushayev of Chechnya is still unclear.

Ukraine’s tough resistance, poor Russian war equipment and the large number of casualties on the Russian side are suspected to be the cause of the low fighting power of Russian troops.

Russian soldiers are believed to be using open communication systems, such as cell phones and analog radios which are very easy to tap and that can reveal the whereabouts of their generals.

Also read:
Ukraine claims 300 dead at Mariupol theater in Russian attack
Joe Biden Meets US Troops Near Ukraine Border
Russian Ambassador Sues Italian Newspaper Over Putin’s Article
Ukrainian Ambassador: Putin Has No Right To Talk About World Peace & Stability
Ukraine reveals how many missiles it needs per day in war against Russia
Israel Rejects Ukraine’s Request for Spying Assistance Out of Fear of Russia
Joe Biden: Russia should be kicked out of G20
Zelensky’s Virtual Speech Steals the World’s Attention in the Russo-Ukrainian War
Indonesia to Hold G20 Summit in a Neutral and Impartial
Britain to Deliver 6,000 New Missiles to Ukraine