According to an investigation by the University of the Basque Country (Spain) on the effects of the pandemic, now there is greater uncertainty and concern about suffering from Covid-19 or losing loved ones; a decrease in confidence and optimism, especially in women and in people in poor employment situations; and an increase in irritability, again with a greater impact on women and the unemployed.

If we do not act now, in concert with research with vaccines and treatments, the post-pandemic outlook will be bleak for the mental health of millions of people.

And taking action, obviously, is not prescribing more antidepressants or anxiolytics, or building more psychiatric hospitals. Both actions are necessary to address some consequences; however, the idea is to be proactive and avoid them.

In response to the feeling of anxiety, according to the consulting firm Llorente y Cuenca (LLYC), there has been a rapid and broad change that goes from the “concept of wellness [bienestar], centered on the individual, al by wellbeing [bienestar integral], a more holistic vision that includes different people and sectors of our societies ”.

What does this mean? A call for the participation of the whole society in the benefits of well-being.

Wellbeing is defined as the state of satisfaction and tranquility that a person presents, thanks to their good physical and mental conditions.

“If societies and companies are unable to focus holistically on people’s well-being (including physical, emotional and spiritual health), it will be almost impossible to create safety nets that allow citizens to return to work and be productive ”, They explain from LLYC.

For this reason, I have always opted for wellness programs in all their aspects: emotional, physical, social and financial. This is what happens every November in the event “In Body and Soul”, which this year will be held in an online version, with more universal access, more experts and with the empowering and transforming energy of always.

To keep your balance in difficult times, “you have to grab the bull by the horns” and get going, as a popular saying reflects.

According to the World Health Organization (WHO), the pandemic has disrupted or paralyzed mental health services in 93% of countries. And if, as the WHO itself says, mental health is related to the promotion of well-being, the prevention of mental disorders and treatment, then let’s look for our own tools. Healthy living is much more than curing or protecting yourself from disease. 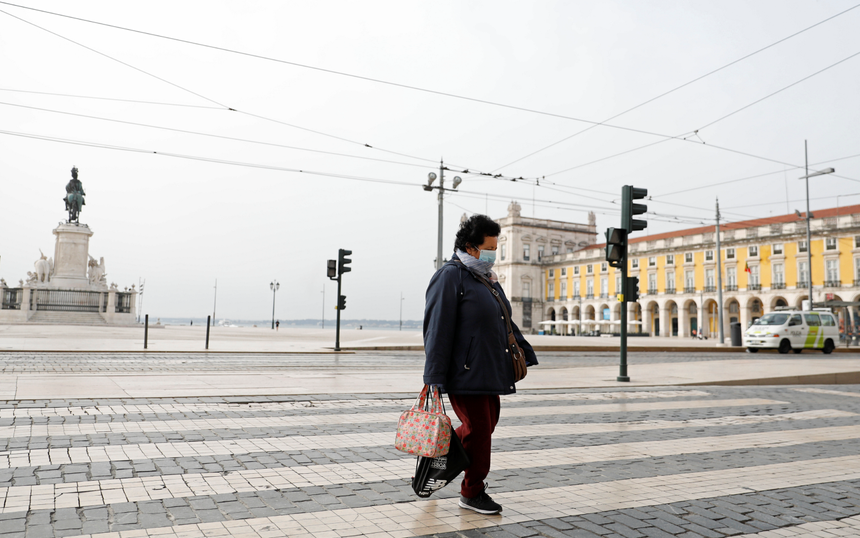 Considering the current context of the pandemic and World Health Day, which is celebrated on Tuesday, INE released some fundamental indicators on health in Portugal.

This “retrospective information gains particular relevance because it allows framing the information that is made available daily about the Covid-19 pandemic”, stresses the entity.

More years of life, but not healthy

Last year, the healthy life expectancy for a 65-year-old was 7.3 years in Portugal – lower than the European average (10.0 years).

However, “the expected number of years of healthy life at age 65 was considerably lower”: 7.3 years for the general population – 8.2 years for men and 6.9 for women.

In this sense, it is the adjustment related to the limitations due to health problems that defines the lower expectation of the number of years of healthy life after 65 years.

In addition, it was the country where there was the greatest difference between the expectation of healthy life years at 65 for men and women.

There are more private medical services

Public hospitals or public-private partnerships continued in 2018 to be the main producers of medical services, “providing more than 80 percent of emergency care, 75 percent of hospitalizations, close to 70 percent of surgeries and around 64 percent of medical appointments “.

However, private hospitals recorded an increase in the production of medical services compared to the previous year, “with 12.5% ​​more surgeries, 10.4% more in
emergency care, 6.9 percent more in medical consultations and 4.3 percent more hospitalizations “.

In 2018, there were 230 hospitals in Portugal – 111 belonging to official health services (107 public hospitals and 4 hospitals in public-private partnership).

From public hospitals, 102 hospitals were universally accessible and five were military or prison health institutions. But considering that hospitals in a public-private partnership were also of universal access, it is concluded that “the number of universal access hospitals per 100 thousand inhabitants was 1.0 in 2018, as in the previous three years”.

Of all the institutions, about 76 percent were general hospitals, that is, “they were part of more than one hospital”.

In 2018, there were 35,400 beds available for immediate hospitalization of patients – 68.1 percent in public hospitals or in a public-private partnership and 31.9 percent in private hospitals – representing an increase over the previous year.

However, the number is still slightly below that recorded in 2008 (35.8 thousand), “having been observed throughout the decade a progressive reduction of the relative weight of the public sector in the offer of this service”.

In other words, the average number of hospital beds was 3.4 per thousand inhabitants.

More health professionals than in the EU

In the same period, the number of doctors increased by 10.7 percent in the EU-28, with an average growth of 1.3 percent per year “, the document explains.

Of these, in Portuguese hospitals, there were about 43 thousand, 88.1 percent allocated to public hospitals or in public-private partnerships.

The truth is that the data indicate that, in addition to having more professionals in recent years, there was also a increase in emergency room visits and medical consultations in Portuguese hospitals.

According to the information, about 7.8 million calls were made to emergency services in hospitals – an increase of 2.5 percent over the previous year – with public hospitals or public-private partnerships having 82.6 percent and private hospitals 17.4 percent.