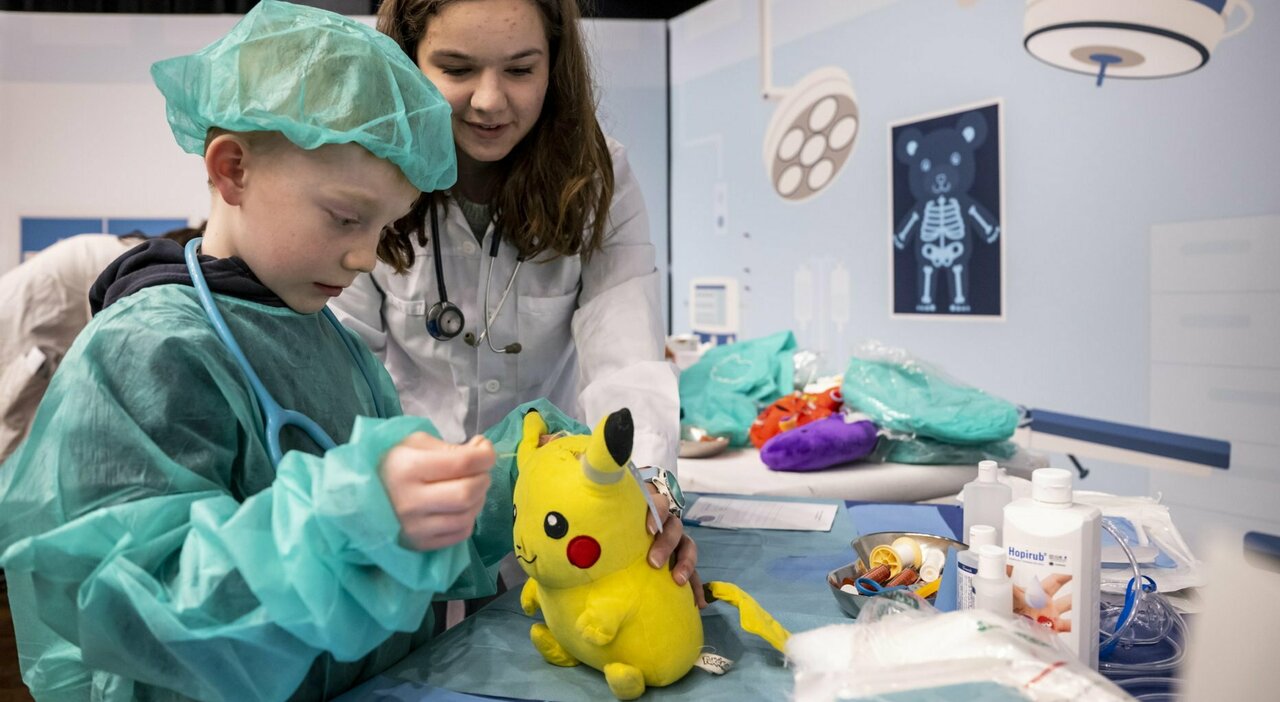 At least three cases of a form of acute hepatitis of unknown origin have been reported in Spain. The disease, which has also raised concerns in the UK, is predominantly affecting children. The European Center for Disease Prevention and Control (Ecdc) is on the alert. As reported by the Iberian media, tall three cases are being treated in a hospital in Madrid. The three patients are children aged between 22 months and seven years. One needed a liver transplant. All three had a “favorable” clinical evolution.

Omicron sub-variant, the third type is also present in Italy. The expert: “BA.2.3 in 20% of cases”

The Great Britain is facing a new health alarm related to theinfantile hepatitis. Health authorities are investigating a mysterious outbreak that has been occurring since January. I’m 74 cases of children under the age of 10 registered across the UK. According to initial reports, the alarm could potentially be linked to adenoviruses, although the implication of the Covid-19 (but not vaccinations as none of the affected children received it).

Dr Meera Chand, director of clinical and emerging infections at the UK Health Security Agency, said officials are looking into a wide range of possible factors that could cause children with liver inflammation to be hospitalized. ‘One of the possible causes we are investigating is that it is related to adenovirus infection. However, we are thoroughly investigating other potential causes, ”her words reported by the” BBC “.

Although no children have died, a “small number” have needed a liver transplant, the UK Health Safety Agency said on 8 April. This means that they will have to take drugs that suppress the immune system for the rest of their life, which will leave them at risk for infections.

Are Covid Vaccines Effective Against Cancer and HIV? Hope in clinical trials

The UK Health Security Agency said it is looking into 49 cases in England, 13 in Scotland and 12 in Wales and Northern Ireland, all of which have occurred since January. Symptoms to look out for are jaundice (yellowing of the eyes and skin), dark urine, itchy skin, muscle and joint pain, loss of appetite and high fever.

Hepatitis is often associated with specific pathogens, such as the hepatitis C virus, but it can be triggered by many other things. In the past, there have been small groups of cases caused by the hepatitis A virus, which can be spread by fecal contamination of food or water. However, hepatitis A to E viruses have all been ruled out in the current outbreak in Britain.

The possible link with Covid

The outbreak may have been caused by a rare delayed reaction to the Covid-19 infection or by a different spread of the infection after the lifting of lockdown restrictions linked to the pandemic. “There is probably a group of children who will not have been exposed to all the viruses they would normally be exposed to in the first few years of life,” says an expert from Imperial College London. “With the loosening of the restrictions, many more viruses are circulating that were previously unable to circulate,” he said.

As for the post Covid syndrome, more commonly called Long Covidthe doctors stated that damage to the body’s organs, effects and impairment of the nervous system and an abnormal response of the immune system are frequent which, in an attempt to eliminate the virus, triggers a kind of autoimmunity for which it attacks “by mistake” also organs and tissues of your body, damaging them.

See also  conditions, vaccines and what you should know

Omicron and Xe, why is Covid out of control in Shanghai? All the flaws in the “inactive” Sinovac vaccine

Adenoviruses, a possible trigger, are a family of common viruses that usually cause a variety of mild illnesses – including colds, vomiting, and diarrhea – and most people recover without complications. While they don’t typically cause hepatitis, it is a rare complication of the virus. Adenoviruses are commonly transmitted from person to person by touching contaminated surfaces or through the respiratory tract.

Health officials continue to investigate a spike in hepatitis cases among children under the age of 10 across the UK as they consider a “number” of possible causes https://t.co/o5qmRuZn5G

Animal Protection Mechelen is urgently looking for foster families: “People dump their animals at the slightest. This must be addressed now” – Het Laatste Nieuws